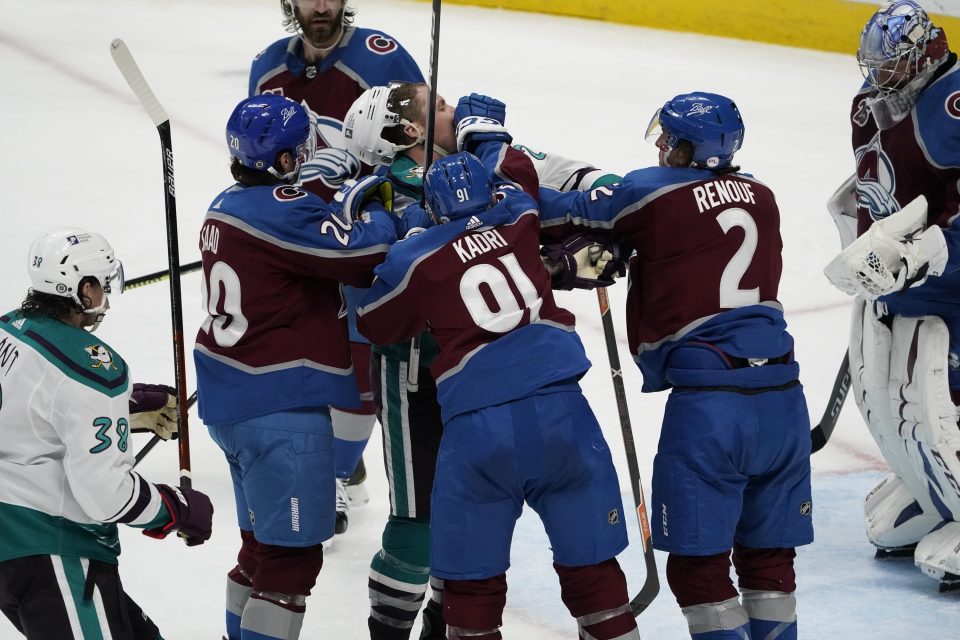 The Colorado Avalanche look to welcome the Anaheim Ducks Monday night into the Ball Arena as they get set for faceoff. The Avs are coming of what could best be described as playoff-Esque hockey against the Vegas Golden Knights and once again split the two-game series with them for the third time this year. The Ducks are coming off of a clean 2-0 sweep against the St. Louis Blues and most recently a 2-1 overtime victory.

Even with their most recent overtime loss to the Knights (3-2), the Avs are 8-0-2 in their last ten games and haven’t had a regulation loss since March 8. They sit in second place in the West with 46 points

The Ducks, while on a two-game win streak, still find themselves at the bottom of the West Division with only 28 points and a negative goal differential of 37 goals. They are 3-7 in their last 10.

Even with a most recent loss, the Avs are one of the hottest teams in the NHL and the books reflect that. There is almost no value to bet this Avs team even on the puck line. So where do we go from here? The Ducks are a team that makes the under a good look, the Avs make the over enticing. The last time these teams met was an 8-4 game on March 16. I like the over here. The better team will control the destiny of the over/under. Over 5.5 goals -122

With how lopsided the odds are on the books, it’s time to look into the alternate line spreads. The Avs haven’t lost a regulation game in almost a month so some bettors might look to take the odds on a Ducks ML with the value that lies there as the Avs might be overdue for that 60-minute loss. I cannot find any stats, facts or roster news that I feel legitimately comfortable with taking the Ducks tonight. I’ll use the eyeball test from what I’ve seen from both teams lately. Like the blowout feeling here, take that puck line, add one and give me plus money. Alternate line spread Avs -2.5 +117

The Avs top line and top guys didn’t have a good last game and could be a big reason they fell to the West Division-leading Golden Knights. The Avs have been one of the best bounce-back teams this year after a loss the prior game and a big reason why is the team takes the personality of its best players. MacKinnon and Rantanen know they underperformed to their standards last game. MacKinnon 2 or more points +140 AND Rantanen goal +120

Puck drop is 7 p.m. tonight as the Avs look to stay hot at home and continue on their quest for the top spot of the West.