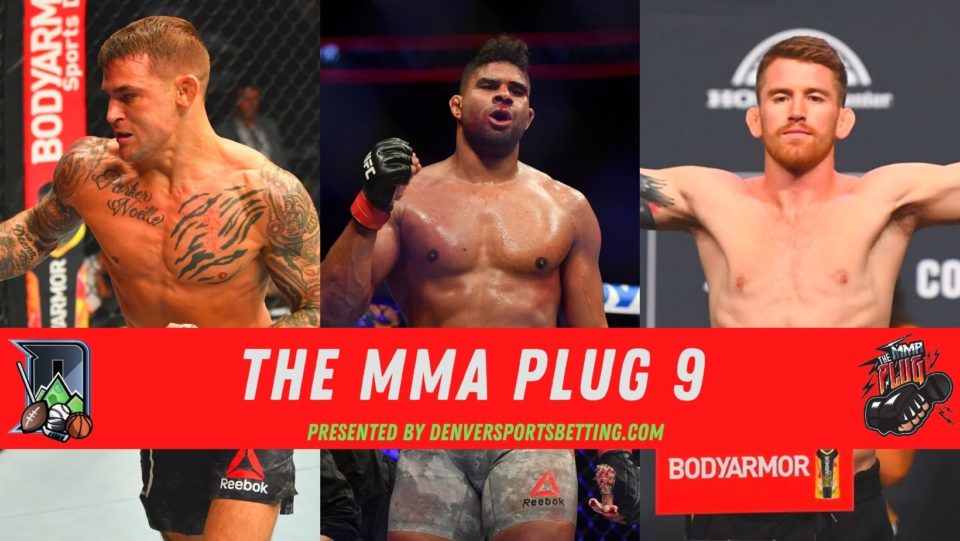 The MMA Plug presented by Denver Sports Betting on Mile High Sports had a stacked lineup for the program’s latest episode.

Ron Kruck and Jordan Kurtz host Colorado’s only live and local MMA program Wednesday’s from 7-8p on the Mile High Sports network. The duo talk about the biggest storylines in the fight game, preview events, and of course, pick the winners!

The fellas recapped the wild fight between Conor McGregor and Dustin Poirier, and also interviewed local fighters Cory Sandhagen and Zac Pauga in this episode. Kruck and Kurtz also previewed the upcoming UFC card, featuring a bout between Alistair Overeem and Alexander Volkov.

Check out the full episode above, or click here to listen.

Ron Kruck is an MMA media legend who is widely recognized from his tenure as a journalist covering the sport to his time with the Inside MMA TV program and as a commentator for LFA. Kruck has joined up with The MMA Plug and Denver Sports Betting to bring a veteran presence of sports coverage to Colorado.

Jordan Kurtz is the owner/operator of Comments From The Peanut Gallery and serves as a commentator for Fury Fighting Championship, Colorado Combat Club, and No Mercy Extreme Fighting. Kurtz has been featured across various platforms, including Mile High Sports, Fighter’s Only Magazine World MMA Awards 2018, and Fite TV.