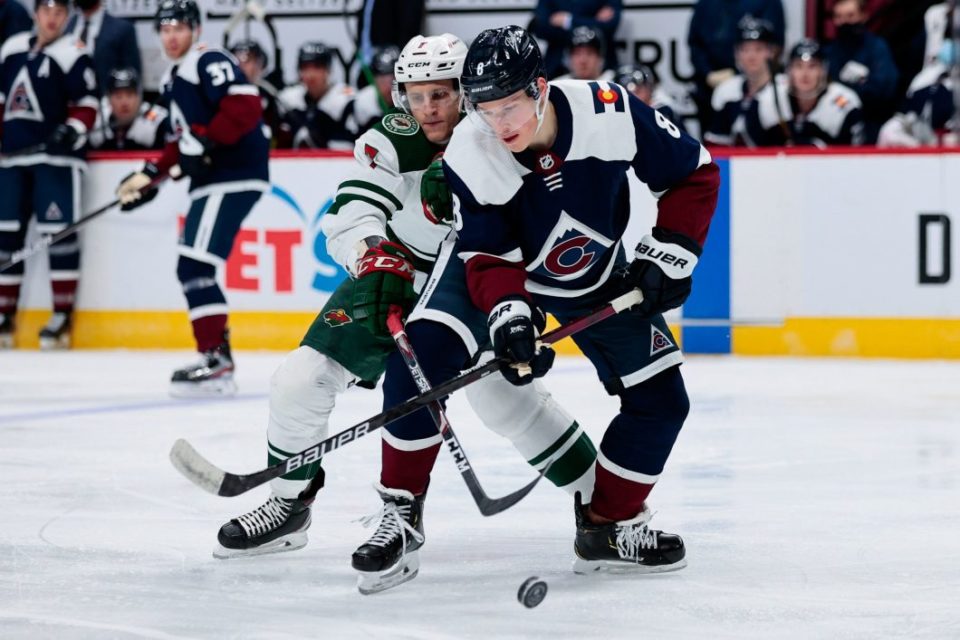 The Colorado Avalanche will stay at home base in the confines of the Ball Arena in Denver, CO, to take on the Minnesota Wild to finish up their four-game series that was postponed due to multiple positive Covid-19 cases at the end of January.

The Avalanche are coming off of a loss where Marc-Andre Fleury shut them down for a final result of 3-0 in favor of the Vegas Golden Knights Monday night. The Avs most recently split their four-game bout with the Knights, two games apiece, and reside in third place in the West Division at 19 points through 15 games played.

The Wild are on a three-game win streak and most recently coming off a 6-2 victory against the San Jose Sharks. All three of their wins have come on the road, and they look to go for four on the road this Wednesday Night in Denver.

Denver Sports Betting has got you covered with all things Avs-related from a betting perspective.

The Lines (Subject to change)

The Action to watch.

The Avs are coming off of one of their worst games this year but were also a team that put 34 shots on goal and was shut down by an electric performance from the veteran Knights goaltender. The Avs have yet to lose two games in a row this year and are 8-1 in the last 9 when they score two goals or less. They’ve been stagnant on offense as of late, but a big part of that was a hot goaltender, and a great defensive team they’ve played the last four games. Avs 1.5 PL +143

The Under is 3-7 in the last 10 games for the Avs, and the last time these teams played on February 2nd, the score was 2-1. Sounds like a good bet again, right? Wrong, the over was actually 2-1 through the first three games between these teams and is 2-0 in the last two for the Wild. The Avs and overs will find a way back. Even after getting shut out 3-0 last game, the Avs still have a +12-goal difference this year. Over 5.5 goals -110

This feels like a game where the Avs are going to take out their frustrations of their Monday night. The Wild have been on the road since February 16th, and their last game of the long road trip happens to be against the Avs at 5,280 feet above sea level. Avs to score first and win +104

Brandon Saad has one of the highest shooting percentages on the entire Avs roster at 28.6% and has the second-most goals on the team at 6. While most bets on top guys like MacKinnon and Rantanen are good bets any given night, there is some great value in some of the lesser-known names on this team. Saad to score +295