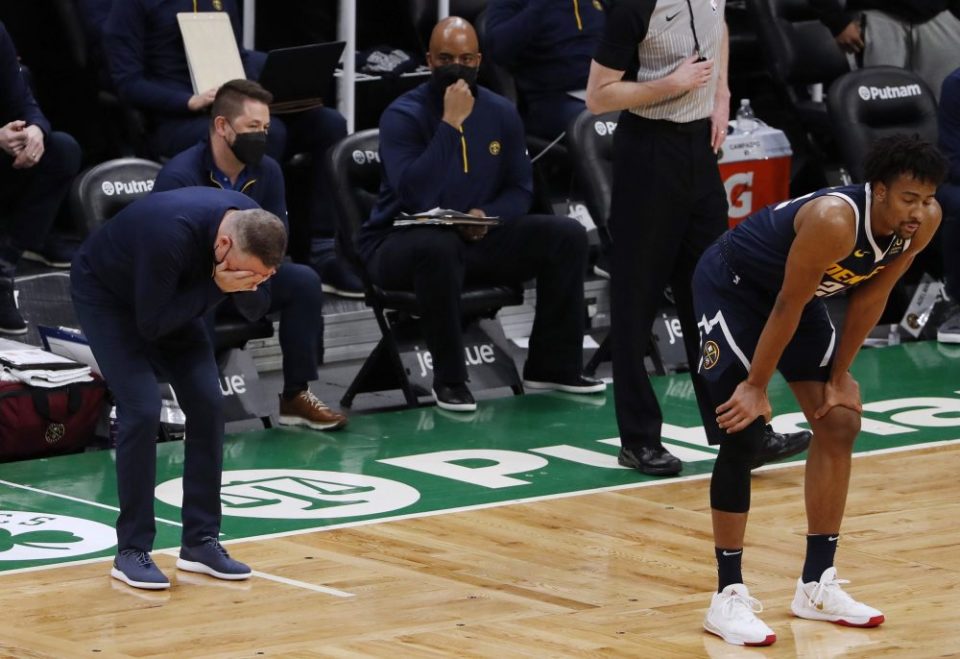 It seems to be one step forward, and two steps back for Denver at this point. Yes, they were undermanned, but that was no excuse for the performance last night against the Celtics in that disappointing loss after the high of beating the L.A. Lakers, handily I might add.

I digress, tonight we face off against Russell Westbrook and the Washington Wizards at 6 p.m. MST.

For the Nuggets, the injuries look the same. The trio of Will Barton, Paul Millsap, and Monte Morris are all listed as day-to-day while PJ Dozier and Gary Harris will remain on the sidelines once more. Washington will be without Ish Smith while Anthony Gill is on the day-to-day.

Does one ever truly know how the Nuggets are going to perform on any given day? You’d be forgiven for thinking Denver had turned a corner after that resounding Lakers victory. How easy it is to forget that for a victory like that to happen, the “other guys” need to step up, more importantly, other starters need to step up. Michael Porter Jr. couldn’t buy a shot last night, JaMychal Green was just as culpable with two points in 29 minutes. On top of this, the bench scores a whopping 14 points between 5 players. YIKES. The Celtics, just 13-13 (now 14-13), should have been a winnable game but when there’s no productivity other than three players combined with loads of turnovers, it’s not a winning recipe.

Now, looking at the Wizards, this one should make people nervous. One of the things this game showed, is that Denver is vulnerable to star-power, with Jaylen Brown wreaking havoc from deep, shooting 5-10 and finishing with 27 points. Now, looking at a matchup where Westbrook will put up likely twice the amount of shots without hesitation and drive the lane without fear, Denver’s got a serious problem. Furthermore, the Wizards beat the Celtics no more than 3 days prior. Stroke of luck or not, Wizards and their lineup should worry Denver as the Nuggets will have their hands full with a short lineup, and a duo of Bradley Beal and Russell Westbrook that can cause anybody problems.

Choose your bets wisely, dear reader, for tonight’s game is a chance to recuperate what was lost the night before.