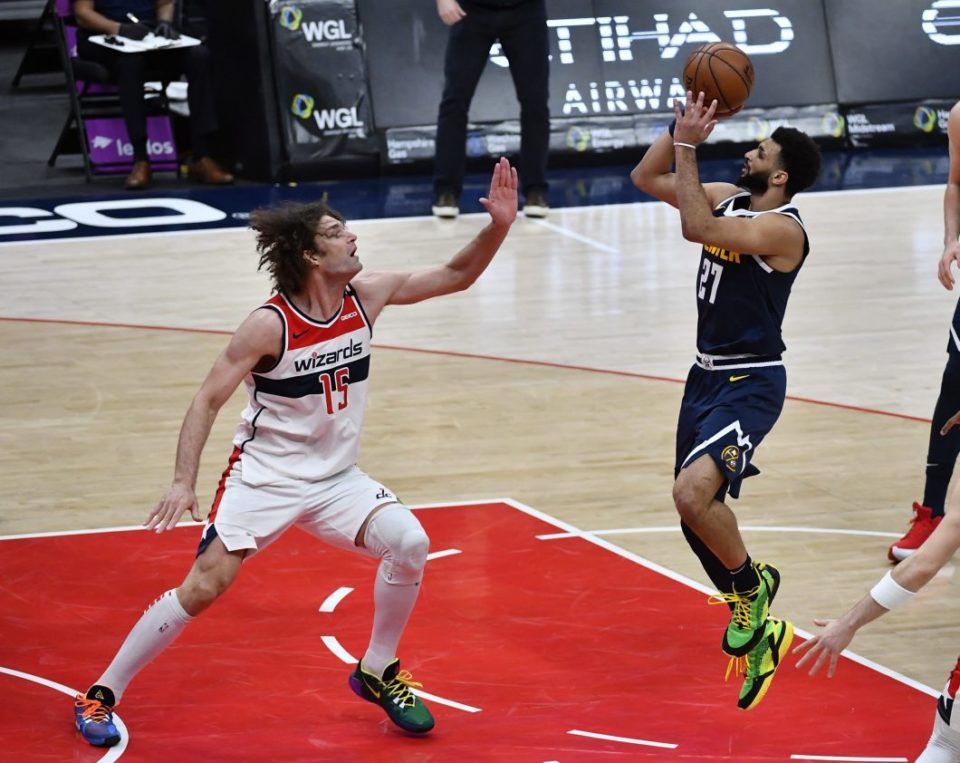 After a record-setting win against the Portland Trail Blazers with only 1 turnover, the Denver Nuggets look for revenge against the Washington Wizards at home, Thursday at 7 p.m. MST.

For the Nuggets, the bad news continues with Paul Millsap, Gary Harris, PJ Dozier, and JaMychal Green all still listed as out for Thursday’s game.

The Wizards, on the other hand, have Davis Bertans listed as day-to-day.

After a heartbreaking loss to the Washington Wizards just one week ago, the Nuggets get a second chance, but will they take advantage of it?

With Jamal Murray and Nikola Jokic playing some of the best ball they have ever played in recent days, it seems unlikely the Wizards can overcome such a duo. Throw in the fact that Michael Porter Jr. is finally able to drive the paint in a meaningful way, and Facundo Campazzo is finding his outside stroke and it seems like a recipe for a very dangerous team. Pit them against a team like the Wizards, who focus mostly on the offensive side of the ball and the Nuggets will surely be able to outscore them. Well, at least that is what one might think.

Last meeting, the Wizards were able to completely surprise the Nuggets, shooting lights out even with a fairly quiet night from Bradley Beal. That being said, a large reason for their success what the career-high 35 points from Davis Bertans who helped the Wizards steal the game. With his possible absence, it seems their hopes may be dwindling for the next matchup.

Either way, we will have to see if the Nuggets will be able to play to their full potential, or if they will play down to their competition once again.