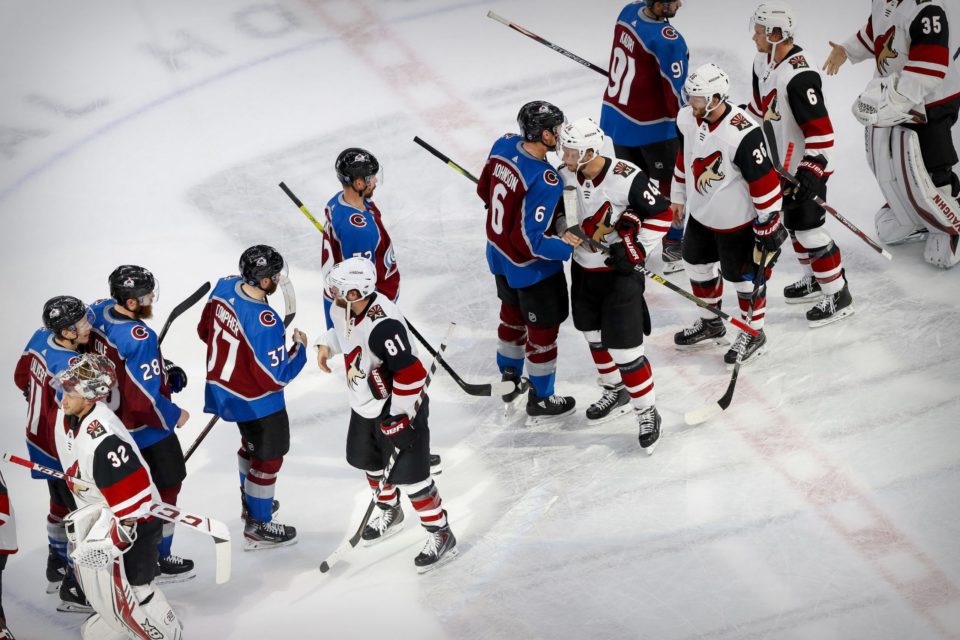 The Colorado Avalanche are in Phoenix for the weekend to battle it out with the Arizona Coyotes in a two-game series. This is the first time these two teams have gone head-to-head since the playoffs.

The Avalanche are coming off back-to-back losses and an embarrassing loss to the Minnesota Wild. They will be looking to bounce back and they need to show they’re one of the elite teams in the NHL again. Anybody that watches this team knows they’re capable but there have been way too many games this season where they don’t show it.

The ‘Yotes are coming off a series where they swept the Anaheim Ducks, winning both games 4-3. Avs fans know by now, after last season’s playoff series, that the Coyotes have one of the more exciting young teams in the NHL and are definitely no slouch.

Denver Sports Betting has got you covered with all things Avs-related from a betting perspective.

The Lines (Subject to change)

Is it chasing a trend? Maybe. But have we spoken at length about the Avs ability to bounceback especially when they get embarrassed? Absolutely and I have a feeling they bounce back in a big way tonight. They’re going to want to put up some goals. Luckily the Coyotes don’t have Darcy Kuemper anymore. It’s time for the Avs to make a statement. Avs in regulation (60-minute line) -115

The Coyotes play well coming off of rest and we know the Avs are going to have to score some goals tonight to make a statement offensively. The Avs power play is still scoring at a 23% clip. The Coyotes rank 13th in minor penalty minutes in the NHL. The Avs also have the best penalty kill in the league at 88.7%. That’s unsustainable, let’s take the Over. Over 5.5 goals +105

Look, the Avs are scoring on the power play tonight, I’ve said it once, and I’ll say it again. Now it’s time to put our money where our mouth is. Cale Makar power play points O 0.5 is +158 compare that to MacKinnon’s who’s is +114, there is tremendous value on Makar. If they score on the power play, I expect Makar to be involved. Why not? Cale Makar Power Play Points Over 0.5 +158