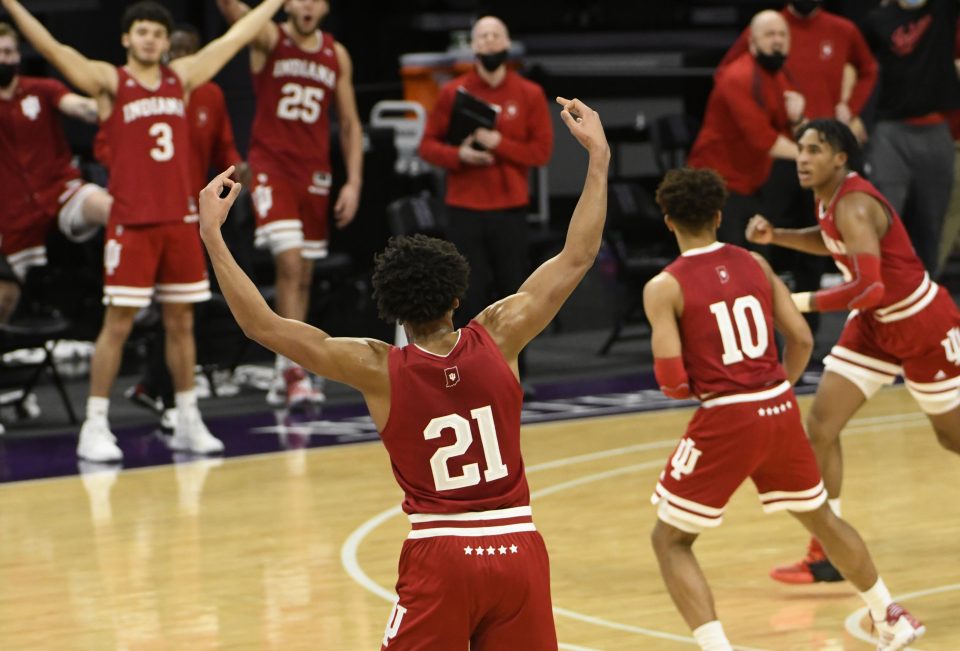 I can smell March Madness. Once we get to the middle of February, the vibes start to change. Everybody starts to bring up their bracketology degrees and starts talking about NET rankings and blind eye tests. I relish this time of year.

The games are getting more and more serious which tends to lead to easier handicapping. Another 3-2 week last week means that we continue to make money and move to 12-4-1 since we started keeping track. Let’s take a look at some of the big games on Saturday’s slate.

I saw this on the slate and there was some blood flow that immediately occurred in the body. I’m not going to lie. Anybody that loves mid-major basketball is salivating over getting to watch these two teams play over some morning coffee. We not only get this game on Saturday but on Sunday as well. Anybody that has been betting on these two teams knows this,, these are two of the better teams ATS this season. A combined 27-7-1! Nobody is happier about that (if you’ve been betting on these two teams) than your wives and girlfriends right before Valentine’s Day.

Everybody loves Drake and for good reason. But Loyola Chicago has been the better team this season. That’s reflected by their No. 15 overall ranking on Kenpom. I would be very surprised if these two teams don’t split this weekend. This means the value is on the underdog, Drake +3.5 seems like the play. I’ll wait and see how the line looks in the morning but I’m leaning towards Drake. There is no doubt this is a must-watch game.

I don’t understand Indiana. I’ll just say it. They never impress me when I watch them but they find themselves in the thick of things heading into March out of the Big Ten gauntlet. I LOVE Ohio State. Before the season, I wouldn’t have guessed they would be one of the best times in their conference. But I realized my mistake early and I’ve been riding that train ever since. They have been a cash machine (12-7-1 ATS this season). And I fully expect the train to keep rolling. Lay the points, take Ohio State -6.5 and all the way up to -8. I sort of like the Over but I’ll stay off as it’s impossible to know what to expect from Indiana.

Ah, the Big 12. What an impossible conference to handicap. It feels like out of the top seven teams, anybody can beat anybody on any given night. I think that’s what we have in this game. Oklahoma is 7-1 ATS in their last eight. And I’m expecting a bit of a regression down to the mean. West Virginia has been playing some good basketball as of late, covering their last two spreads with ease. I expected this line to open around West Virginia -5 and it opened at -3. That means we’re taking the Mountaineers and we’re riding off into the sunset. I’m also leaning towards the Over 144.

This is an intriguing matchup because we’ve got one of the better defensive teams in the country up against one of the better offensive teams. Tennessee is dealing with an injury to one of their top players, Yves Pons, so keep an eye on that leading up to the game. If Pons plays, I like Tennessee to win and cover. If he doesn’t then I think LSU has a chance to win outright. LSU is 4-6 ATS at home this season.  The total is an impossible task as two different styles are going up against each other. If Tennessee is able to slow the game down like they want to, the Under hits. If LSU plays at their pace, the Over hits. Maybe a live spot?

Let’s stay in the SEC and talk about two teams that some didn’t expect to be competing for the SEC title. But, alas, they are right in the thick of things. Arkansas dominated Kentucky for 30 minutes on Tuesday and almost gave it up at the end. Missouri was somehow an underdog to Ole Miss and it turned out that was a complete rat line with Ole Miss dominating that game. Missouri is a much different team at home, however, but they are incredibly shaky. I think Arkansas is playing with more momentum right now and they have more to prove. They are 4-1 ATS in their last five games. Take Arkansas as a dog +2. And I expect the public to be on Missouri so keep an eye on that line.

Last but certainly not least. This will likely be one of the best games of the day. Undoubtedly the two best teams in the Big East. This might be the least talked about really good Villanova team. A lot of factors have played into that: COVID pauses and Baylor and Gonzaga being a tier above everybody. How good is this Villanova team? Well they haven’t played a team like Creighton since Dec. 6 when they beat Texas by three points. I keep on wanting to believe in this Creighton team but they refuse to show it. If they can find a way to win this one, I can still see them going on a run. I’m leaning Creighton because I’ll take the home underdog but I don’t feel great about it. I do feel pretty good about the Over at 145, we’ve seen high scoring barnburners between these teams before and I think we can get another one on Saturday.