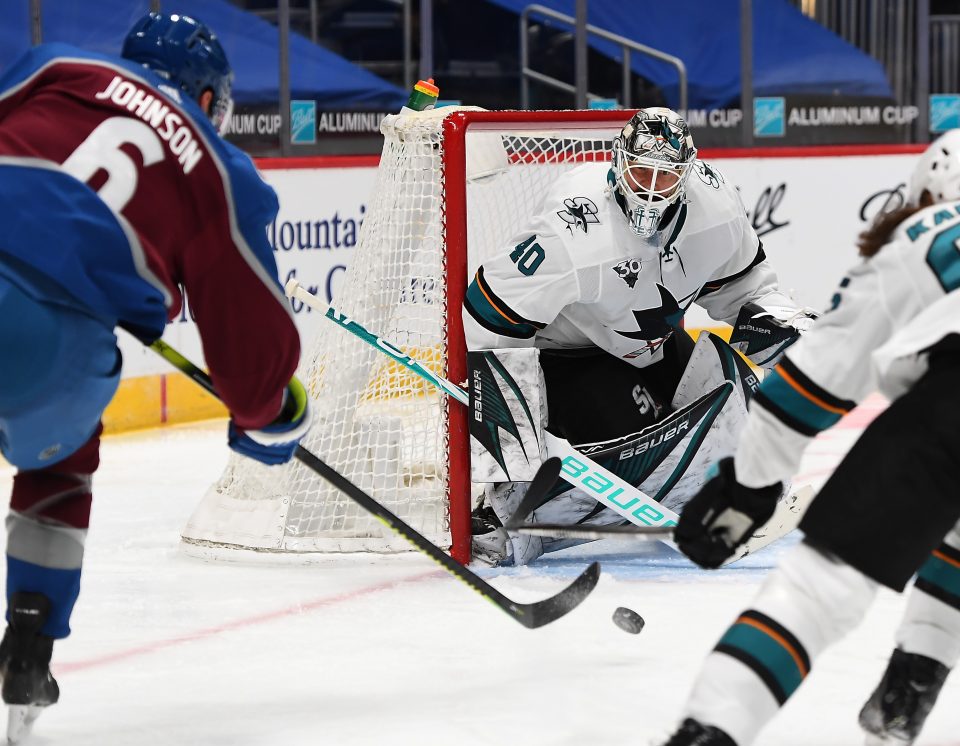 The Colorado Avalanche are back in action against the San Jose Sharks this evening at 7 p.m. MT at the Ball Arena.

The Avalanche dominated the first match between these two, coming away with a 7-3 victory and finally covering the puck line for only the second time this season. Although the Avalanche might have one of the best top lines in all of hockey — Nathan MacKinnon, Gabriel Landeskog, and Mikko Rantanen — a total of six different skaters found the back of the net this past Tuesday night.

The troubling news for the Avalanche is that penalty-kill specialist and an important member of the fourth-line, Matt Calvert, has now been listed as “out indefinitely” per Scott MacDonald of Colorado Hockey Now. With Calvert’s history of bad concussions, this comes as a concern to many. Also, Avalanche backup goaltender Pavel Francouz has been designated to the IR and doesn’t have any return timetable.

The betting lines (subject to change)

While it’s early into the season, the Colorado Avalanche have yet to sweep a team this year in the two-game series. If there ever was a time for that, it could be tonight. The Sharks got dominated and will be ready to fire back tonight, but with the emergence of the Avalanche’s second line and contributions from others, this Avalanche team might have found their stride. There is more value in the puck line, given last game, it’s hard not to take it. Avs PL +105

This Sharks team has only seen the under hit twice this year and given who they are playing against tonight, and with no word yet that Avalanche goaltender Philip Grubauer might sit this night or not, the over remains a good look. Over 6 goals -122

The Avalanche’s second line has started to play better, and Nazem Kadri has been quiet all year, as a second-line center, you expect some opportunities thrown his way. Kadri goal +185

Nathan MacKinnon can be a problem for many teams, he was quiet in a game that had 10 total goals in it. He makes an impact in more ways than one. MacKinnon 2+ points +115

At some point, the Avalanche will need to gain some ground on the West Division this year and string together some consecutive wins, no better time than tonight to do so.