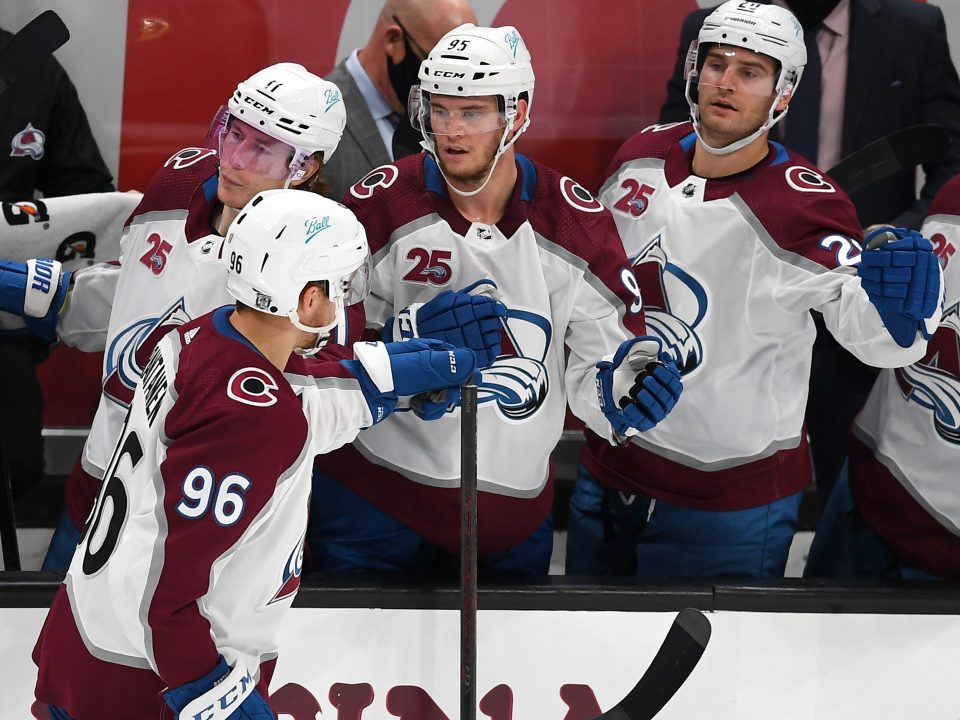 The Colorado Avalanche are back home, and ready to turn things around this Tuesday at 7 p.m. MT inside the Ball Arena in Denver, Colorado. This will mark the first series where the Avalanche and San Jose Sharks will face off against each other. Both teams enter this matchup with six points and a 3-3 record.

The Avalanche completed a four-game road trip, going 2-2, and most recently are coming off a loss against the Ducks. The Avalanche were frustrated by Ducks goaltender John Gibson, in a game where they controlled most of the scoring opportunities outshooting the Ducks 33-15. The Avalanche came into the game with the league’s best power play, yet all four power plays went scoreless this past Sunday.

The Sharks are coming off a 5-3 victory this past Sunday in Minnesota, thanks to a two-point performance courtesy of Ryan Donato. The Sharks, much like the Avalanche, have struggled with consistency in this young season, splitting the first three series at one game apiece so far.

The Sharks average 33 shots per game this year while the Avalanche hover around 30 shots, but interesting to note the Avalanche surrender one of the lowest shots against per game in the NHL, only giving up 26.3 shots a game for the opposing squad.

Although both teams boast the same record, the Avalanche opened up at heavy favorites on the Moneyline and have remained the big favorite. The current lines, (subject to change)

The action to look at

The Avalanche are 1-5 on the puck line this year. The four-game road trip is over, and the Avalanche look to reset and bounce back after losing to a Ducks team they greatly outplayed. The puck line will come for Colorado, and now that they are back home and the value is there, it’s a good consideration. Avalanche PL +105

The Avalanche are also a team that ran into a very hot goaltender last series against the Ducks. They had a myriad of scoring chances and this feels like a team that’s due for another outbreak of scoring. Over 6 goals

Don’t look now, but Mikko Rantanen has scored in every game since the home opener for the Avalanche and has registered 15 shots on goal in the last four games. He’s been the most dominant Avalanche player not named Nathan MacKinnon. Rantanen to score +165, Rantanen over 2.5 shots on goal.

Although he’s yet to score, Cale Makar has five assists in six games and is part of the Avalanche first power-play unit. He also notched 38 assists last year in his rookie season. Cale Makar +1 point -155

Colorado needs to get back on track and start to show the NHL why they are the top favorites to win the Stanley Cup, tonight’s just another night to prove it.