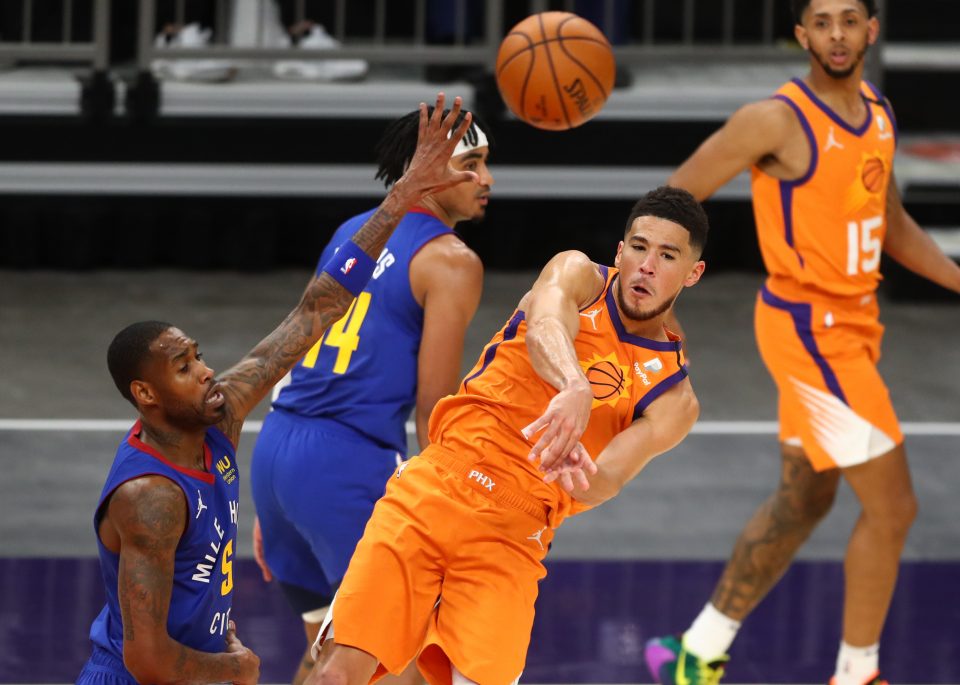 With last night’s nail-biter win against the Phoenix Suns, the Denver Nuggets look to make a statement against one of the West’s top teams once again. Tipoff is at 7 p.m. MST.

With MPJ’s first game back after a 10 game absence due to COVID-19, he had a relatively quiet night, with just 7 points and 6 rebounds on 20 minutes and an abnormally low three-point percentage of 25%. Tonight Denver will look for him to return to form with double-digit scoring and impeccable three-point shooting.

On the other hand, Nikola Jokic’s steady hand lead Denver to the victory with nearly another triple-double and a game-high (tied) of 31 points. With Murray’s near triple-double as well, we will need to see more of this tonight if Denver is going to win. Murray will need to produce more points and high-intensity shots.

Personally, I believe his elbow to still be injured, which is reducing his ability to make three-point shots as well as continue his high-level free throw percentage that we have been used to over his career.

Perhaps one of the biggest takeaways from last night’s game, however, is the injury to Devin Booker. He tied with Jokic for 31 points, and if he is ruled out for tonight’s game, that could have a profound effect on the Nuggets’ chances of a win. As of now, he is listed as day to day but continue to monitor his status throughout the day, as news of his absence would be sure to change the odds.

With the Nuggets now favored to win, we could see them jump in a tight-nit Western Conference and send the Suns home scratching their heads.

Let’s take a look at Covers.com for some insight into what the live trends are telling us!