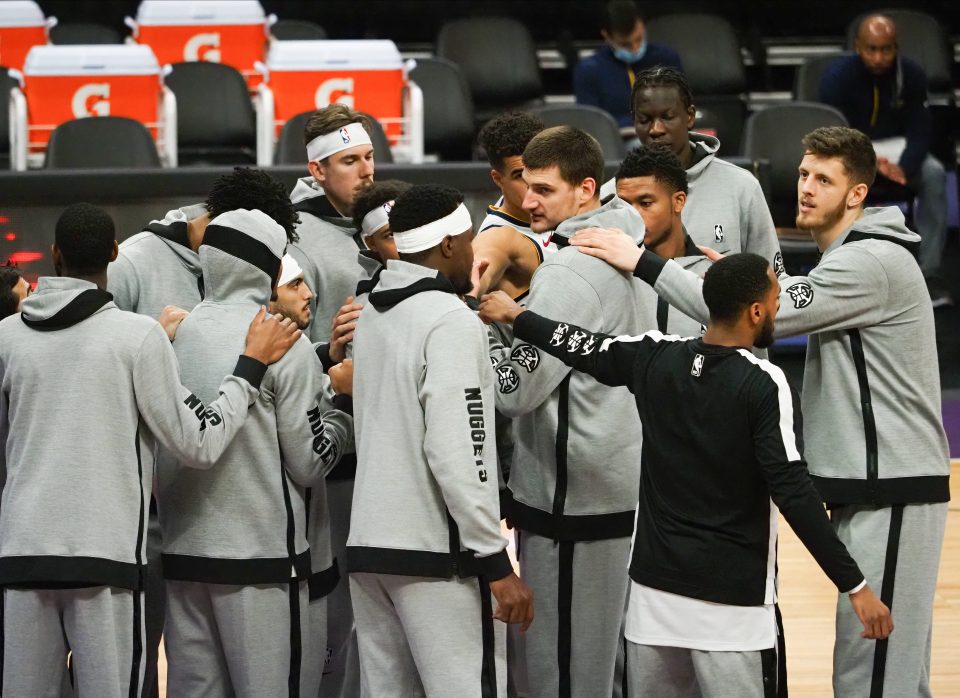 The Denver Nuggets will look to right the ship tonight against the Minnesota Timberwolves, with tip-off set for 5 p.m. MST.

The Nuggets struggled yet again against the Phoenix Suns Friday night, with the second unit having a tough time making a genuine impact and holding down the fort for the first team. While Denver sits at 1-4, the Timberwolves aren’t doing a whole lot better with a record of 2-3, with wins against the Detroit Pistons and Utah Jazz.

As was the case against the Suns, the Nuggets opened as the -8 favorite against the spread, with that number now sitting at -8.5 points. The public seems to like those numbers, as 66% of bettors are siding with the Nuggets on tonight’s game. Moneyline is at -390 for Denver, and the over/under stands at 230.5, a number much higher than past games thanks to Denver covering the over more often than not so far this season.

Minnesota will be without star big man Karl Anthony-Towns for this one.

With Michael Porter Jr. out for COVID-related precautions, there should be a handful of minutes up for grabs, especially after Will Barton III struggled against the Suns. This production will be pivotal in the over/under, along with bench efficiency, as the defense has been spotty.

Here are some other trends to consider before placing bets for the game thanks to Covers.com:

The Timberwolves just loss to the Washington Wizards, and it will be the first of two games against Denver for them, with the second coming on Tuesday at 7 p.m. MST. It will be a chance for the Nuggets players to reconnect with former Mile High boys in Malik Beasley and Juancho Hernangomez, but more importantly, an opportunity to play two games against the same opponent, work out the kinks in the team while hopefully returning to winning ways.

With Jokic STILL averaging a triple-double, and Jamal Murray coming off a good game, the foundations are set for the rest of the team to up their game and return to form. Against a similarly struggling team in the Timberwolves, this is another chance for role players to find their feet in this team and system and stake a claim for a bigger role, and for some of the starters to establish themselves as worthy starters in this team with high aspirations.

Denver Sports Betting is committed to keeping up to date with the latest sports betting trends. Be sure to check back at DenverSportsBetting.com throughout the week for your local betting information and advice!

Broncos set to clash with Raiders in season finale