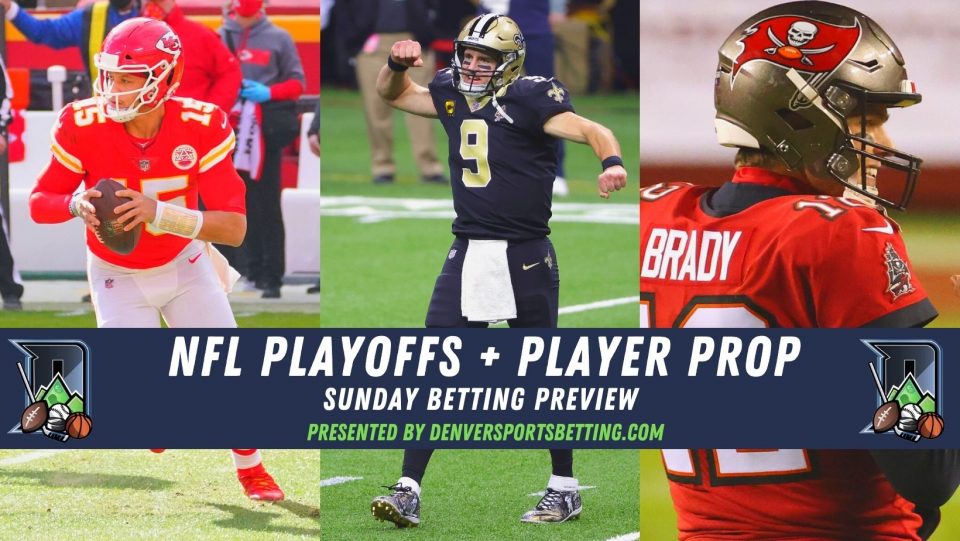 It’s time once again to get an NFL playoff fix. The Divisional Round of the playoffs is here. Four games over two days, it should be a damn good time.

Those of us that are about to spend our hard-earned stimulus money to potentially profit, thank the Football gods for the drama and athleticism we are about to indulge upon.

Here’s what to look for in each match up; hopefully this gives you an idea of how to gain an edge and be profitable with your wagers during Sunday’s action.

With eight teams remaining in contention, the Browns and Chiefs are ranked the worst defensively. Hence the highest game total of the week.

The wise guys anticipate a back and forth shootout style contest in which the Chiefs eventually find a way to separate from the Browns.

Both teams enter Sunday fairly healthy for a January match up. Kansas City is expected to get back rookie running back Clyde Edwards-Helaire and WR Sammy Watkins. Cleveland is welcoming back Head Coach Kevin Stefanski, starting guard Nick Bitonio, and CB Denzel Ward, fresh off the Covid list. The Browns are also expecting All-Pro tackle Jack Conklin to be a game-time decision.

Kansas City does head into the game with some question marks. Since week 9, the Chiefs are 1-7 ATS but are 7-1 SU. Winning is all that matters on the field, but to the gambling public, this is the type of edge we are looking for. The Chiefs are still the cream of the crop offensively, but they’ve regressed in situational defense, this has allowed teams to linger and eventually cover double-digit spreads.

The Browns are living the dream right now. Ending the season of their long-time division rival Pittsburgh last week, and now they can be spoilers to the reigning champs. The Browns running game is the key to any possible success they might accomplish in Sunday’s game. Avoiding turnovers and scoring touchdowns instead of settling for field goals will also be key for any success the Browns might have.

The Browns are going to pound the rock early and often. They will attempt to establish the pace of play and limit opportunities for Mahomes. Cleveland will attack the Chiefs zone defense with heavy doses of quick passes to the TE and RBs. In contrast, the Chiefs are petal to the metal and will be looking for big plays. Expect big days from the KC big three (Mahomes, Hill and Kelce). I expect a shootout early on, but in the end, Andy Reid makes a key adjustment that pulls the Chiefs ahead for good.

The road to the Super Bowl heads through Kansas City. The defending champions begin their repeat tour. Kansas City is a tier above all teams, and if they play to 80% of their ability, they have a better than average chance to end up the last team standing. I see this game going two ways. Either this is a close back and forth shout-out that comes down to a late field goal. Option B is this game ends up being a one-sided blowout from whistle to whistle. In a game like this, I like the idea of taking the game total Over 57.

The last game of the week sponsored by AARP and Icy Hot features Tom Brady vs. Drew Brees. The Saints head into Sunday nights match up as -3 point home favorites (-106) with a 52 point game total (-110).

This will be the 3rd meeting between these two division rivals. The Saints have dominated the series this season, winning both previous matchups by a combined score of  72-26

There is plenty of data around to support either side of this match up. I think it comes down to one simple factor: is a team led by Tom Brady going to lose three times to the same team a single season?

Tampa will come out firing, trying to establish their downfield passing game right away. Whether they can is a different issue. The Saints will most likely try to establish the pace of play with a balanced attack that methodically utilizes their weapons. I think this will be a close game that comes down to who has the ball last.

I think this game has Over 52 points written all over it. It feels like one team will be up early then will see a classic comeback attempt. I would prefer to see a Drew Brees last hoorah next week versus Green Bay, but this is a spot where the Saints screw up. I have a gross taste in my mouth right now, give me Tampa and Tom at the +3.

Looking for a sportsbook to bet with?

Check out our friends over at BetRivers Sportsbook! Being an affiliate with BetRivers allows us to offer the Denver Sports Betting community an exclusive sign-up bonus offer!