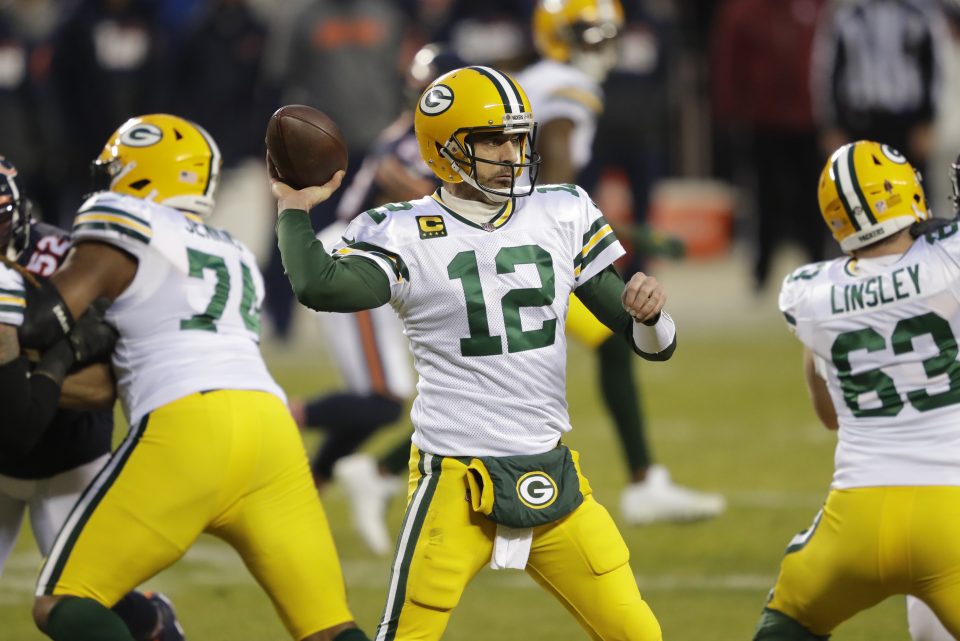 It’s time once again to get an NFL playoff fix. The Divisional Round of the playoffs is here. Four games over two days, it should be a damn good time.

Those of us that are about to spend our hard earned stimulus money to potentially profit; thank the Football gods for the drama and athleticism we are about to indulge upon.

Here’s what to look for in each match up; hopefully this gives you an idea on how to gain an edge and be profitable with your wagers this weekend.

The Packers begin their playoff push as -6.5 home favorites with a modest 45.5 game total.

Both teams in this matchup have impactful injury concerns heading into Saturday’s game. The Packers are down their all pro tackle David Bakhtiari; while the Rams are unsure of the availability of all world defensive lineman Aaron Donald and WR Cooper Kupp. QB Jared Goff is still only three weeks removed from thumb surgery. These injuries definitely have the potential of impacting the result of this game.

This is a fairly even matchup on paper. Obviously in a playoff game the QB with the most experience gives his team a distinct advantage. Aaron Rodgers would love nothing more than to host a home conference finals game next weekend with a chance to return to the Super Bowl. First Rodgers and the Packers have to get by this pesky Rams team.

The Packers are rested and appear to be ready to go. The Rams are coming in after an upset road victory against Seattle. The keys for both teams in this one is to limit turnovers and dominate time of possession.

I anticipate both teams to come in as run centric slow paced methodical offenses. Under the radar both, offenses have the offensive talent to push the pass; however, this is not something we should anticipate. Both defenses are top 10 versus the pass. The Rams are the #1 passing defense; by the way.

The Rams dominated the Seahawks last week via the run. With 43 rushing attempts compared to 25 passes, look for the Rams to trend in this direction again. This game plan, if productive, will protect the Rams from leaning on Goff too much and will also keep the ball out of Rodgers hands.

The Packers were the most efficient offense in the league, ranking number 1 in points per drive, and time per possession. This also made Green Bay the slowest pace of play offense in the league. Combine these stats and add it to what we think the Rams will do offensively and I think we can safely assume that we are in for a slow paced run heavy contest.

The road to the Super Bowl has to go through Green Bay this year. This is by far the toughest test for the Packers offense all season. It’s round 2 of the playoffs and we still don’t know definitively who the Rams really are. I think the Rams are capable of winning this game, but they have been too inconsistent of a team for me to bet on it. Therefore my money is headed towards the Game total. Strongly consider the Under 45.5 (-104) points in this one.

The Bills continue their playoff push as -2.5 point home favorites. The Game total of 49 points is somewhat lower than expected considering the numbers these teams have put up recently.

In a primetime game that will surely be billed as Jackson vs Allen part 1, it’s the defenses that could come up big in deciding who moves on to next week. Buffalo is on a heater offensively and Josh Allen is playing his best football at the right time. Unfortunately for the Bills, they may be too one dimensional offensively; and that could give Baltimore an edge. The Bills lost RB Zac Moss last week, so primary running duties belong to Devin Singltary.

Lamar Jackson appears to be the X- factor in this game. On paper the Ravens defense should give their offense plenty of chances to control the game pace. Jackson is the catalyst to the passing and running game for Baltimore; the Bills have a good defense but they struggle against mobile QBs. Containing Jackson is the key to this game.

The Bills have everything to gain and lose in this matchup. Baltimore is playing with house money and should have extreme confidence coming off of their road win last week. Buffalo is the home team that’s been absent from the playoffs for 22 years. They finally took the division from New England and have been on a hot streak for the last 8 weeks. This is the exact type of game where overconfidence can punch you in the face. The Ravens were in this exact scenario last season and took one on the chin to a D-Henry stiff arm. I think Buffalo is supremely more talented offensively but I’m not sure if they are ready to take the next step. The Ravens are a veteran team in every phase of the game; and now they know how to win in the playoffs. It feels like Lamar Jackson is about to assert his dominance while Josh Allen is due to regress.