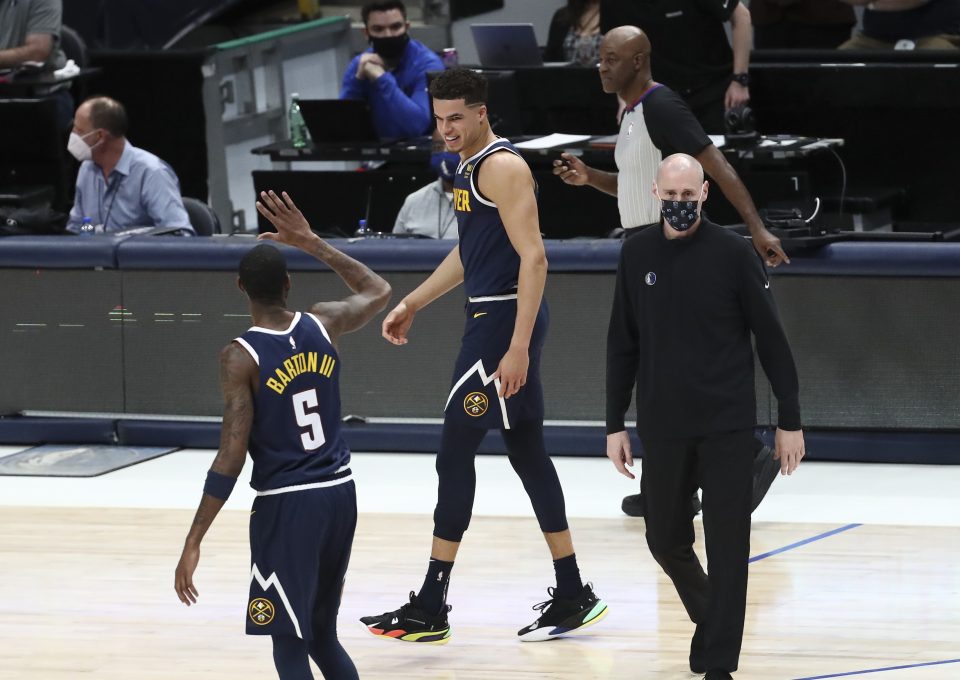 After a day’s rest, the Denver Nuggets are back in action versus the San Antonio Spurs tonight at 6:30 pm. MT.

These two teams have yet to meet this season, but this feels like a good time for Denver to be playing a confusing Spurs team being that they have a modest record of 10-8. They’re only a game back of Denver, but their highs and lows are what lead me to say they might be a bit misleading. Their highs include wins against both L.A. sides and the Celtics, but they have also lost to the Minnesota Timberwolves and Houston Rockets.

Both teams have similar stories in terms of the injury front. For Denver, P.J. Dozier is listed as day-to-day, which could hurt the defensive end of things for the second unit. From San Antonio’s perspective, Derrick White will sit this one out, which should mean good things for Denver as White has greatly troubled the Nuggets with his ability to penetrate.

The betting lines (subject to change):

The Nuggets are on a good roll. Two back-to-back OT wins against the Phoenix Suns showed grit and fight, the same fight we saw in the back-to-back playoff series that brought Denver back from 3-1. The starters, Jamal Murray most importantly, seem to be working their way back towards their best form. They’re by no means there yet, but it’s definitely improved.

In addition, it seems coach Malone has found some consistency in his second unit, preferring a small lineup with JaMychal Green playing the 5 in some instances. The fact that Michael Porter Jr. has returned, and got back to near peak form quickly provides a massive boost for a second unit, who two weeks ago couldn’t seem to find a true scorer. While it would be nice to see Hartenstein get more minutes, if him sitting out is what works at the moment, then so be it, the Nuggets need to win games.

The Spurs, as I mentioned, are a bit of a puzzle. They go out and beat the Lakers and Clippers and yet lose to the Timberwolves and Rockets, who have struggled to put together this new-look team with Victor Oladipo and John Wall. However, any long-time NBA fan knows any Gregg Popovich-led team is no team to be taken for granted, the old man just won’t have that. He competes, no matter what squad he has to work with.

This should be a good fight between two teams who are on winning streaks, five for Denver and two for the Spurs. In the end, expect Denver to pull this game out in a closely contested game.