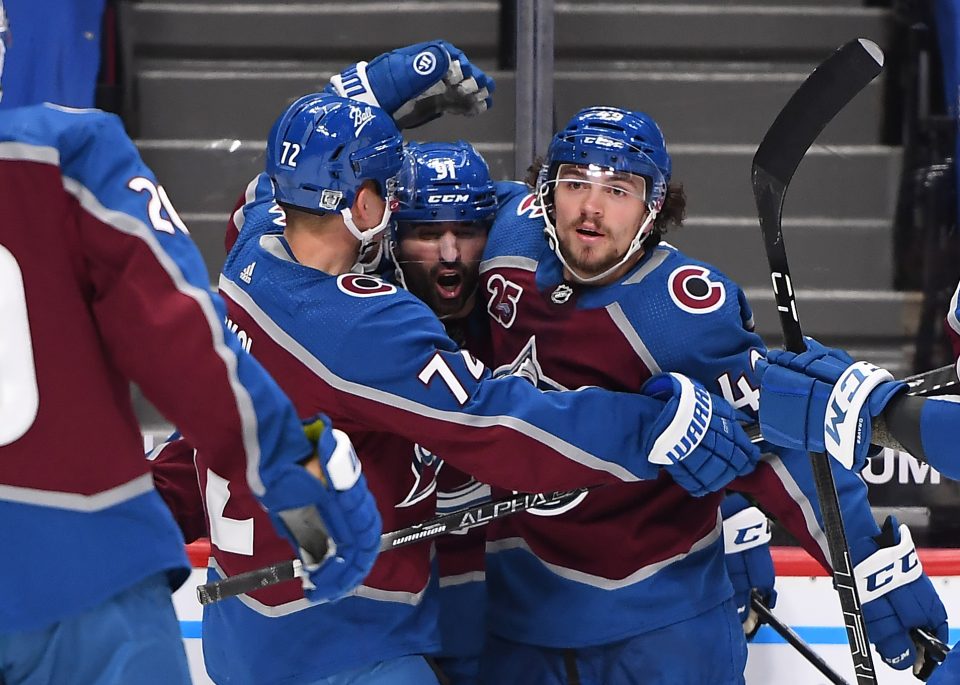 The Colorado Avalanche are back on the road with back-to-back games this weekend against the Minnesota Wild. This is the first time this season that both clubs have met this year, which makes it all the more interesting as both clubs sit with ten points and 5-3-0 records in the West Division.

The Avalanche are coming off of a two-game win streak, beating the San Jose Sharks in both of their matchups. The Avalanche outscored the Sharks ten goals to three in the two-game matchup and now have the best goal differential in the West Division at +10 goals. Unfortunately, Colorado will be without two-thirds of their fourth line as Matt Calvert has been ruled out indefinitely, and Pierre-Edouard Bellemare went down with an apparent knee injury in the Avalanche’s last game. The Avalanche have called up Logan O’Connor, Shane Bowers and Sheldon Dries to fill the void of some of the banged-up members on their roster.

The Wild are coming off of a 5-3 game victory against the Los Angeles Kings in a two-game series that saw them split with the Kings. The Wild have a +4-goal differential in the West Division and have the best rookie in the league right now in Kirill Kaprizov, who leads all rookies with seven points. The Wild will be without forward Kevin Fiala as he has been suspended three games for a hit he had on the Kings Matt Roy, Fiala has three goals on the season.

The action to look into

The Avalanche finally found a way to sweep a two-game series, and now they are taking their momentum on the road. While both teams have the same record, only one has legitimate Stanley Cup aspirations. The Avalanche have been vocal about the ability to string together consecutive wins, plus their second line has now started to emerge. As long as you jump on it quick enough before it moves any higher than -180. Avs ML -159. If not, Avs 60-minute line at +102 or both if you’re feeling like a winner.

While both teams have most likely been Moneyline favorites for most of the season, it’s no secret that they are both sub-par on the puck line. The Avalanche are 3-5 on the puck line, and the Wild are 2-6. When both teams struggle to cover and the fact the under is 5-0-1 in the last 6 meetings in Minnesota, it’s enticing. Under 5.5 goals -107

If you’re someone looking to cash on better odds, then betting on a goal scorer could be your new thing. Dating back to last season, the last two matchups between these teams (Feb 9th) and (Dec 27th) saw the Avalanche captain scoring. Landeskog goal +225

This Avalanche team and Wild team are evenly matched in the standings and understand the implications of setting a tone early especially since they will be playing each other for the next four games. Both teams to score in 1st period +195

The Avalanche will look for win number six and for further progress towards the top of the West Division. Puck drop is 6 p.m. MT on Saturday night.