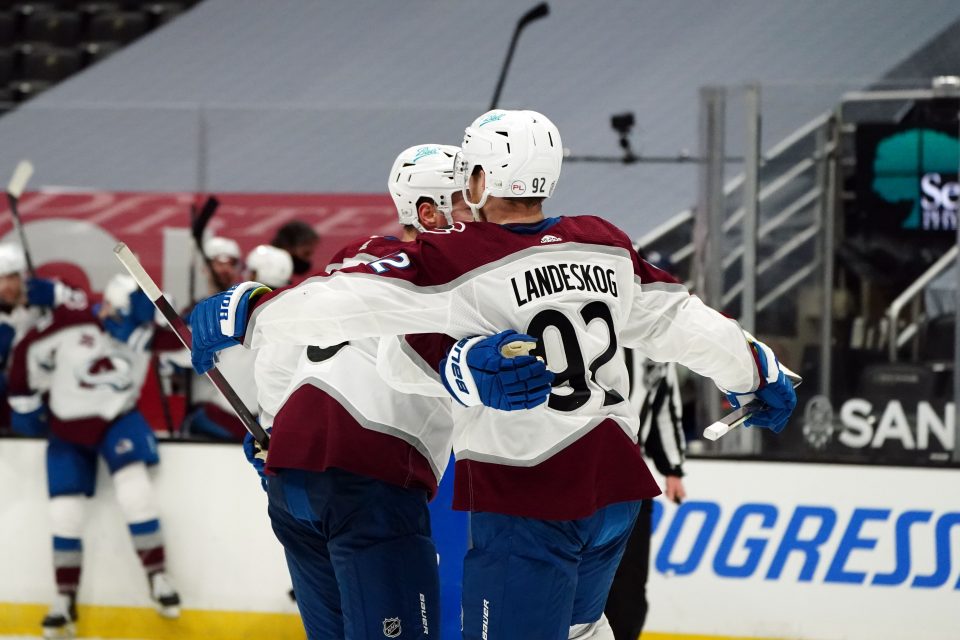 While in the midst of an NFL Championship Sunday, the Colorado Avalanche will be back in action against the Anaheim Ducks once more after having a day’s rest following their 3-2-overtime victory on Friday night. The Avalanche will play at 6 p.m. MT tonight once more at Anaheim’s Honda Center.

So far, it’s been a slow start for an Avalanche team that was widely looked at as Stanley Cup favorites. They are 3-2-0 on the year, adding up to six points and fourth place in the West Division. They are a team that’s been the Moneyline favorite in every game so far this year, and that trend looks to continue tonight.

This will be the last game of the Avalanche’s four-game road trip, and head coach Jerad Bednar has been very vocal about wanting to come home with as many points as possible.

So far, Colorado is 2-1 on the road trip and will be distressed at the possibility of 2-2 road trip to kick off the season.

If you take away the Avalanche’s sole Puck Line victory this year (8-0 win against St. Louis), this is a club that’s been an early disaster when riding the PL action. They are 1-4 on the PL, and even more recently, they have been 0-3 on the road trip on the PL.

Inversely, if you take the Ducks, who reside at the bottom of the West Division and have most likely been the underdogs in every game so far, they come into tonight at 4-1 on the PL. They are also a team that’s 3-0 at home against the PL.

Given the popular opinions, the stats, and the trends coming into this year for Colorado, this has been a very tricky team to take action on. When you compare the roster alone and what this team’s insanely high ceiling can be on any given night, it’s hard to stray from the course of their PL and ML action.

Team that up with an over that’s equally enticing for a team who has been one of the best at goal differential in the entire NHL this past year, and it becomes a game of chance every night. At some point, you have to believe this is a team that’s going to break through and be a PL and Over-hitting-monster most games, but that time seems far away. The Avalanche are also 2-3 on the over this year and are playing a Ducks team that 1-4 on overs.

The Avalanche are going to want to end this California road trip on a high note and will desperately need to come back home with some semblance of momentum.