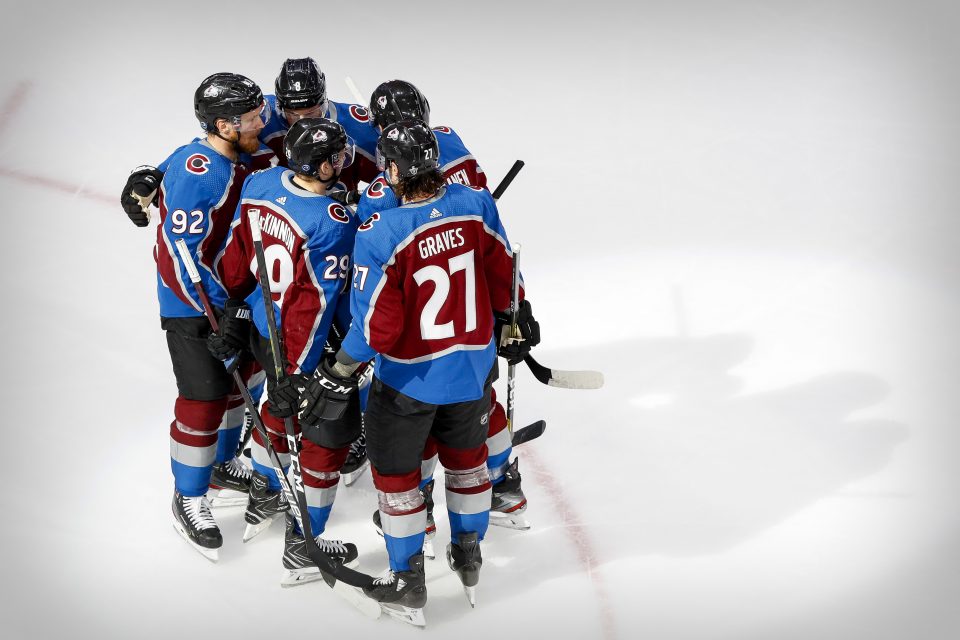 The latest buzz of excitement in Denver is almost underway as the Colorado Avalanche look to kick off their quest for the Stanley Cup on Wednesday, Jan. 13. This is a season filled to the brim with expectations for Colorado as a myriad of local sportsbooks have the mighty Avalanche as top favorites to win the Cup. According to SportsBetting.com, the Avalanche are at +650 odds to win the 2021 Stanley Cup, making them the favorite ahead of teams like the Vegas Golden Knights (+750) and reigning champs Tampa Bay Lightning (+800).

A $100 bet on the Avs to win the Stanley Cup would net $650! Best of all, our friends at SportsBetting.com will TRIPLE your first deposit, so you can take $100 and turn that into $300. Throw a Benjamin down on the Avs to win the Cup and find a couple of other plays to use your bonus money on after reading this article! Click here to get signed up.

At Denver Sports Betting, we aim to take a look at the ins-and-outs of what makes this team the hottest betting option for the Stanley Cup, along with things to consider when betting on the electrifying roster that comprises this Colorado Avalanche team.

How COVID-19 has shaped the new NHL season

The NHL and NHL Players Association, along with approval from the NHL Board of Governors, all agreed in conjunction with the start dates of the NHL (Jan 13th) along with a 56-game schedule, new division alignment and training camp protocols. The Avalanche will only play in-division teams this year in the newly constructed Western Division in back-to-back two-game series all season long.

The Colorado Avalanche closed last year’s playoff bubble hockey in disappointment, losing to the Dallas Stars in Game 7 of the second round. The Avalanche were a team riddled with injury, and it eventually caught up with them when they lost in OT to Dallas with their 3rd goaltender on the roster and countless other key guys missing in the lineup.

Fast-forward through the offseason, Joe Sakic and company have added some key pieces to this Avalanche squad. Brandon Saad from Chicago was delt in exchange for Nikita Zadorov along with Devon Toews from New York (Islanders) for two second-round picks from the Avalanche. Both these new acquisitions enhanced the Avalanche roster big time.

From a Betting Perspective

On top of the Colorado Avalanche having the best odds for the Stanley Cup (+650), there are some futures bets on players that the local sportsbooks are offering that you can consider.

The player props are plentiful for this year’s Colorado Avalanche team, and with the season right around the corner, now’s never been a better time to take action on the red-hot Avalanche.

For more in-depth information about this upcoming season,  we sat down with Cody Beekmen of On The Bench With Beeks Podcast to discuss the offseason moves and realistic expectations of the Colorado Avalanche for the 2021 NHL season.

The Avalanche open their season up this Wed. Jan. 13 against the St. Louis Blues. The Avalanche are favorites on the Moneyline at (-139) with the puck-line firmly in place at 1.5 goals, and the Over/Under is set at 5.5 goals. Puck drop is 8:35 p.m. MST.

Anthony ‘Lionheart’ Smith joins The MMA Plug ahead of UFC 261!