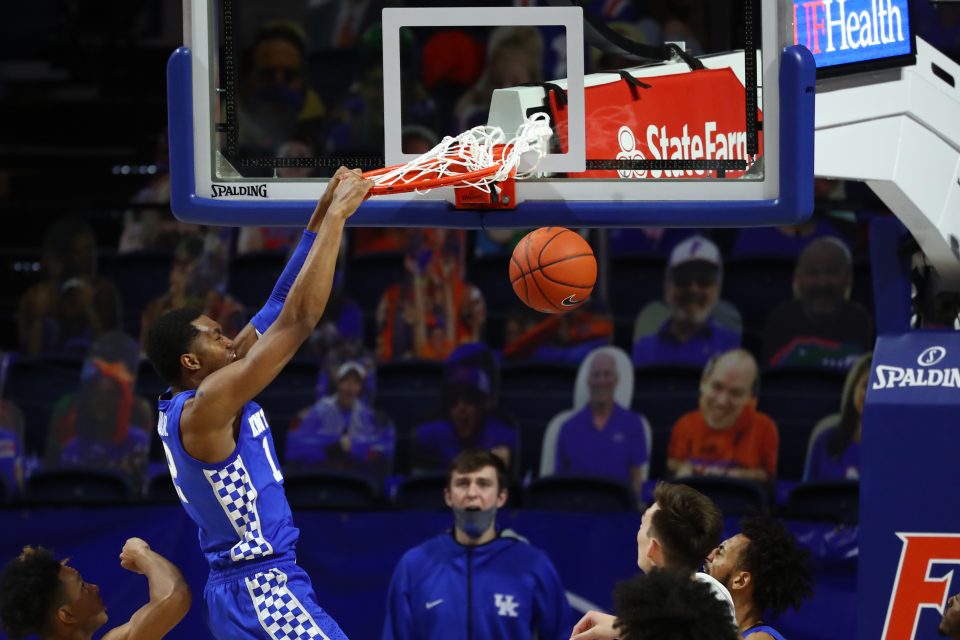 Let’s get right into it.

A matchup between two top 10 offenses on KenPom. I look for this to be a back-and-forth high scoring matchup. I think the Over 147 is the play here.

Star freshman Scottie Barnes rolled his ankle in Florida State’s blowout victory over NC State. It sounds like he will be a game time decision. If Barnes goes, then I love Florida State in this matchup all the way up to -5. Otherwise, I’d probably stay off unless Barnes being out moves the line down towards a pick ‘em.

Michigan is the biggest wagon going in college basketball this season. They are 9-2 ATS to go along with their 11-0 perfect record. The train looked unstoppable against Wisconsin. Michigan already rolled Minnesota once. This time, they’ll be playing at Minnesota but I expect them to roll again. Minnesota has been a much better team at home then on the road (10-0 vs. 0-4). 5.5 points, though, just doesn’t seem like enough. Lay the number, take Michigan.

This is one of the more intriguing matchups for me on Saturday. Two teams that got off to terrible starts but are starting to find their stride. Auburn looks like a completely different team to me with Sharife Cooper now eligible. Keep an eye on Justin Powell’s status who was Auburn’s best player before Cooper could play and has been in concussion protocol for a couple weeks. Some thought he might be ready to go for the Georgia game but he didn’t pass protocol. If he plays, I love Auburn in this spot at home. I’d even consider taking them whether he plays or not. They shouldn’t be an underdog to this Kentucky team at home.

Stanford played their worst game of the season against Utah on Thursday while Colorado cruised past Cal with ease. It’s been hard to get a read on Stanford this season. At times, they look like the best team in the Pac-12, at other times, they look like a middle of the pack team. Stanford played Colorado well last season but Colorado is 4-0 ATS at home. I lean Stanford, especially if the good Stanford shows up. But I’m more interested in playing the Under 139 with these two defensive juggernauts.

The red hot Crimson Tide are currently 5-0-1 ATS in their last six. I can’t fathom them not keeping that train rolling against a talented Arkansas team. Everybody is sleeping on Alabama, they should be at least five-point favorites in this game. I will be heavy on Alabama -3.5.

This is Baylor’s first legitimate test in the Big 12 and probably their first big game since they played Illinois during the first week of the season. Texas Tech is coming off a great win against Texas at home on a last second shot from Mac McClung. Can they beat two really good teams in the same week? I don’t see it happening. I am leaning towards Baylor -3.5 but it is not an official play. And I’m also interested in playing Under 138.

If you love defense, this will be your game. The total is set at 116.5 in this matchup between the No. 1 defense in the country (on KenPom) and Virginia. Yup, that’s right. It’s not Virginia that has the No. 1 defense, it is actually Clemson. So of course this will be a very low scoring battle. Clemson has flown under-the-radar to this point and I think this is when they start to make some serious noise in the ACC. Clemson is 0-10 in their last 10 against Virginia. That’s stopping on Saturday. Lay the points, Clemson covers in a barnburner.

I know what you’re thinking, a 17-point spread probably doesn’t belong in the notable games. I see your point. But we’re talking about two WCC powerhouses. Everybody knows about Gonzaga, they’ve looked really really good. Gonzaga laid a first half stinker against Pepperdine this week. Luckily, some of us sharps grabbed the halftime line, and Gonzaga rolled in the second half. I don’t see this game being particularly close but it could be a great night cap. I’m leaning Gonzaga although I’d rather see them struggle and take a live line at a good spot.

Looking for a sportsbook to bet with?

Check out our friends over at BetRivers Sportsbook! Being an affiliate with BetRivers allows us to offer the Denver Sports Betting community an exclusive sign-up bonus offer!