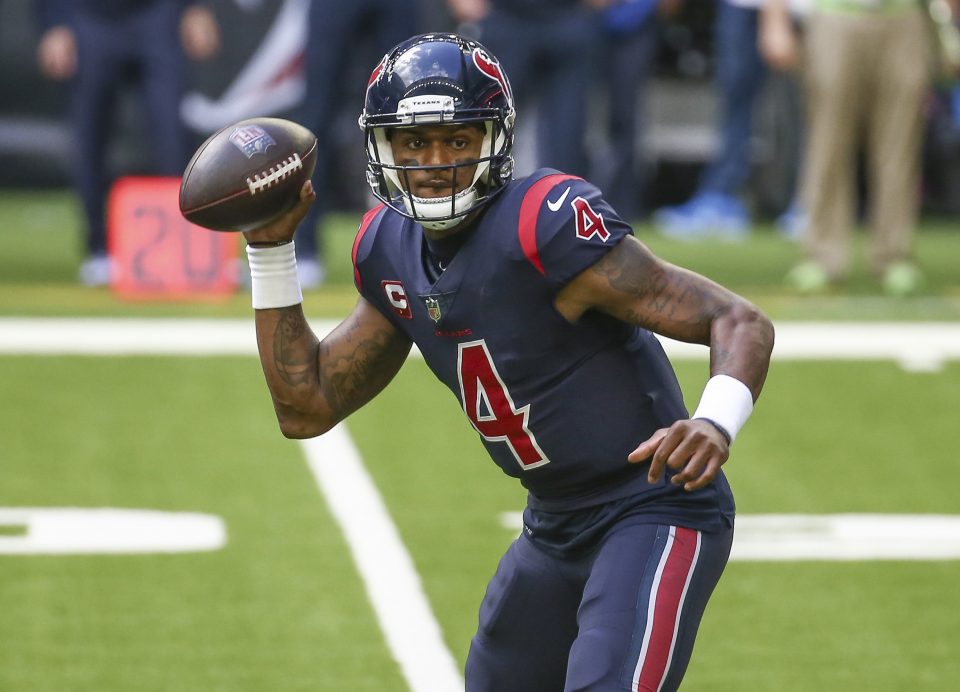 While there are still three NFL games left to play this season, there are plenty of storylines brewing for next season. The hottest topic amongst the rumor mill is where disgruntled Houston Texans quarterback Deshaun Watson will play next season.

Tension between the star quarterback and Texans recently heightened due to Houston’s decision to hire Nick Caserio as General Manager against Watson’s wishes.

Watson was already frustrated at the organization, and it appears this situation could be the breaking point, according to numerous industry sources.

With that, Watson could be suiting up for a new team next season, and you best believe the Denver Broncos will be in the mix.

Our friends over at SportsBetting.com have the Broncos listed at +500 to be Watson’s next team, the fourth-highest odds amongst the field. The Jets are the leaders of the pack at +200, followed by the Miami Dolphins (+300) and Chicago Bears (+400).

New to sportsbetting.com? Don’t worry, we got you covered with the best sign-up promotions in Colorado!

By using our exclusive link, you can double your deposit up to $300!

No promo codes are required. Just be sure to use our exclusive link to sign up by clicking here.

The Broncos have been in a world of suck since Peyton Manning rode off into the sunset following Super Bowl 50. The Broncos have had a diverse group of mediocre quarterbacks over the last few seasons, so the prospect of trading for someone like Watson is intriguing given his stature in the league.

Big part of it is the potential assets. Lock maybe interesting to Texans, maybe a young WR, bunch of draft picks, who knows what else. https://t.co/XCyhJzaiYv

That said, the ball is in Watson’s court as he has a full no-trade clause, so he can decide where he wants to play should he want out of Houston.

There are so many people who want to bet on sports but don’t know about it. That’s where Denver Sports Betting has your back. We have an in-depth sports betting guide that breaks down everything that goes into sports betting and gives you the knowledge needed to make an educated bet.