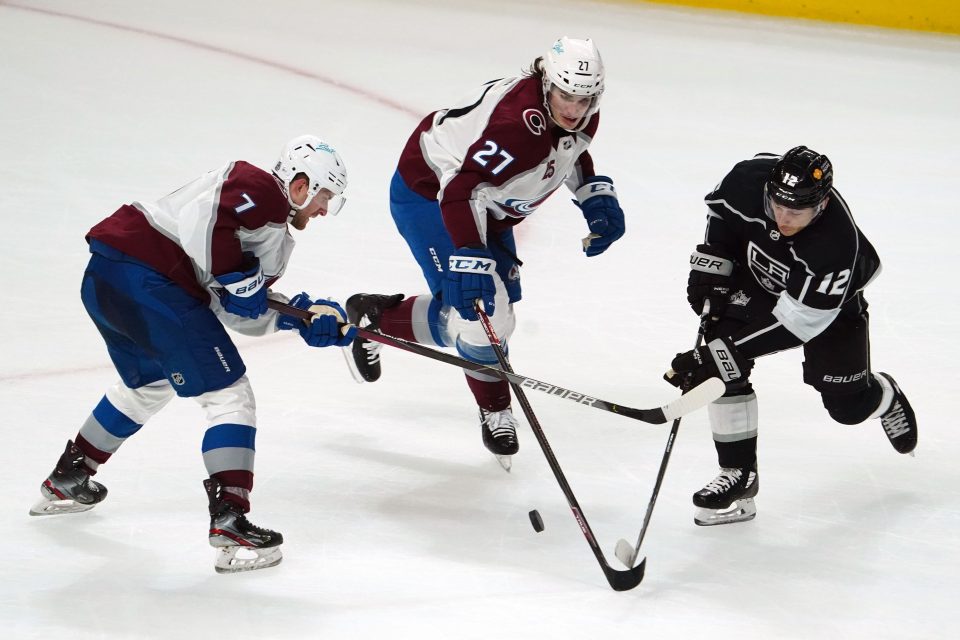 The Colorado Avalanche will stay “California dreaming” as they get ready to take on the Los Angeles Kings in the second game of the back-to-back. The Avalanche came away with the 3-2 victory in the first game, along with some milestone achievements by their best player Nathan MacKinnon. MacKinnon or “Nate Dogg” as he’s referred to by his fellow teammates reached the 500-point mark at the ripe age of 25 via his two assists on the evening.

Last game, the Avalanche registered three goals on 24 shots while surrendering two goals on the Kings’ 25 shots. The Avalanche once again took advantage of their league’s best power play scoring two times on it, courtesy of newly acquired Devon Toews and Mikko Rantanen. The Avalanche are now 47% on the power play this year and can attribute 7 of their 11 goals on the season to.

Updates for game the second game

The big news for the Avalanche, is that Ian Cole was traded just before Tuesday night’s game to the Minnesota Wild for Greg Pateryn in an attempt to free cap space while loosening up room for young taxi-squad players like Bowen Byram and Dennis Gilbert. Andre Burakovsky and Pavel Francouz are still listed day-to-day for the Colorado Avalanche. Game time for the second game is Thursday night at 8 p.m. MT at the Staples Center.

Lines for the game

Plays to look at

The Avalanche will look to sweep their first road-series of the season Thursday night, the Kings will need to limit the time in the penalty box or it will be a long night for them.

Look for a place to bet?

Being an affiliate with BetRivers allows us to offer the Denver Sports Betting community an exclusive sign-up bonus offer!