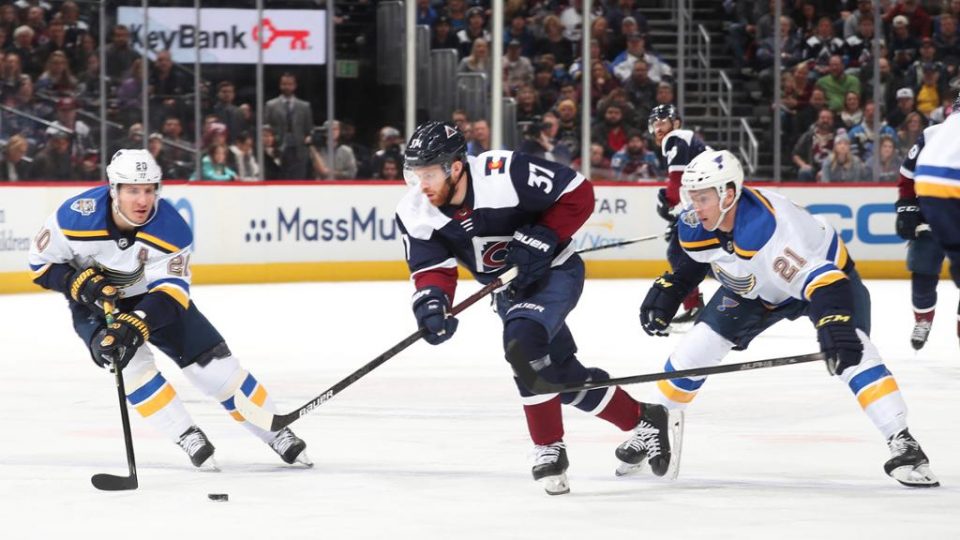 The Colorado Avalanche get another shot at redemption tonight as they take on the St. Louis Blues in the second game of the season opener series. The game is at 7 p.m. MT tonight back inside Ball Arena once again.

The Avalanche fell to the Blues in their season home opener 4-1 in a game that saw three Blues accumulate four points on the night (Jaden Schwartz, Oskar Sundqvist, Robert Thomas). The Avalanche failed to hit their money line (-148) and the Puck Line of (1.5). The under of 6 goals, however, did hit Wednesday night.

How the first game effects tonight

The big story for the Avalanche was their carelessness with the puck in their own defensive zone, which lead to multiple turnovers and goals for the Blues. The Avalanche have a vast wealth of talent on the blue line but after the first game, it is apparent the lack of preseason games has hindered the chemistry for the Avs’ defensemen. The Avalanche played uninspired hockey on opening night. Nobody knows this more than the guys inside the locker room, especially a team that’s eyeing the Stanley Cup this year. It would come as a big shock if they come out flat-footed again. The Blues are 16-6 in the last 22 meetings against the Colorado Avalanche and look to sweep them on the road to start the season. The Blues defense was a massive reason they pulled off the 4-1 upset and Blues goaltender Jordan Binnington looked good turning away 26 of 27 shots with a save percentage of .963.

St. Louis’ Sammy Blais was suspended for two games following the head hit on newly acquired Avalanche defenseman Devon Toews and as such will not suit up tonight. The Avalanche will look to play once again without Erik Johnson as he finishes up his COVID-19 protocols.

The Trends via Covers.com

The Colorado Avalanche lacked a big part of the mental aspect in opening night. No one doubts this team’s talent, they just need to cut out mistakes in their own zone and use their fast paced speed to their advantage. Head coach Jared Bednar looks to shift his lines up tonight to re-assemble the “big” line putting MacKinnon with Landeskog and Rantanen to generate more high-quality shots on net. The Avalanche will look to bounce back in a big way tonight.