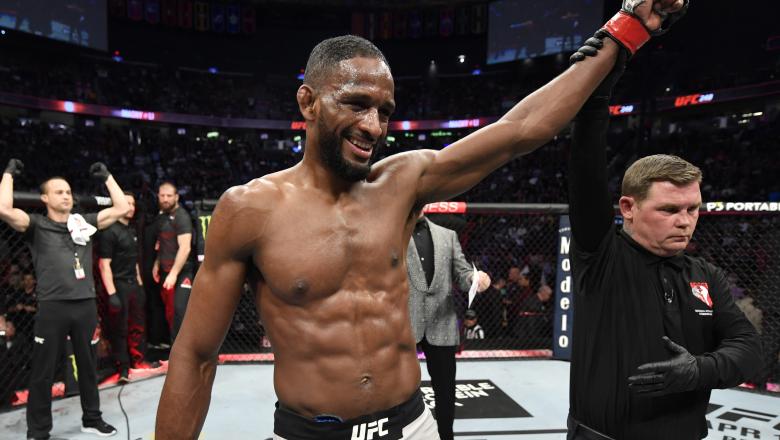 UFC Welterweight Neil Magny is set to fight in two weeks against Michael Chiesa, but he already has an idea of who he would like to throw down with next should he capture the dub on Fight Island.

The Elevation Fight Team product and Colorado resident joined Ron Kruck and Jordan Kurtz in the latest installment of The MMA Plug. Magny spoke with the fellas about how 2020 played out for him, and also made some remarks about a potential future fight.

“In a perfect world, we go out there, get the win over Chiesa, and immediately jump back in and fight a guy like Leon Edwards,” Magny told the fellas Wednesday. “He’s a guy who has proven himself in the UFC, he’s on an eight-fight win streak, ranked in the top-5, and he’s begging for an opponent at this point.”

Interestingly enough, word spread recently that Edwards offered to fight either Magny or Chiesa after his bout with rising star Hhamzat Chimaev fell through, but the UFC ultimately declined.

Edwards hasn’t fought in over a year, and with Chimaev’s status still in question, a strong showing from Magny in Abu Dabi could put him on the fast track to scrap with the Brit.

Magny is currently the -137 betting favorite for his fight against Chiesa, meaning a $100 bet would payout $173 should Magny emerge victoriously on January 20.

You can listen to the full interview with Magny below, and be sure to check out the MMA Plug Wednesday’s on MileHighSports.com!