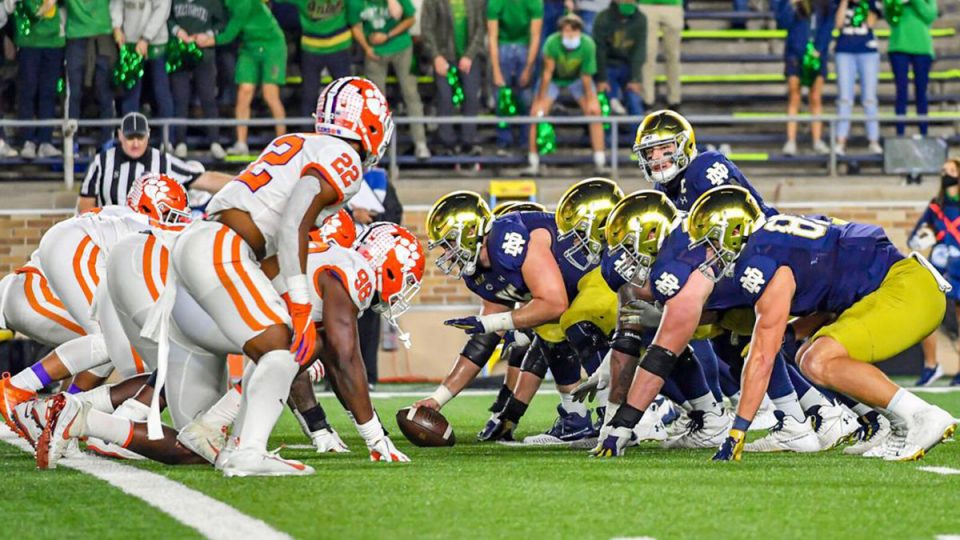 It is one of the greatest weekends on the college sports calendar. It’s a little later this week, but conference championship week is finally here and there are some great games with College Football Playoff implications. But that doesn’t matter here, all we care about is making some money. So let’s get right to the games.

No. 13 Southern California vs. Oregon

Championship weekend kicks off how it usually does, with the Pac-12 Championship on Friday night. Although, this isn’t your usual Pac-12 Championship. We have the first-place team from the South up against the second-place team in the North. The Washington Huskies were crowned the division champions but had to pull out of the game due to not having enough players available. So we’ve got the 5-0 USC Trojans up against the 3-2 Oregon Ducks.

This is the championship game that the Pac-12 wanted all along. It is the two most notable teams in the Pac-12. Although there’s a clear difference in record, the sportsbooks actually have this as a pretty close matchup. The line opened at USC -3 and it has stayed there throughout the week. Factoring in that it’s a home game for USC, being played at the LA Coliseum, the sportsbooks see this as very even.

USC has a bit of an edge on the defensive side of the ball, but it isn’t as much as you might think watching these two teams play this season. Oregon has gotten gashed by the run games of UCLA and Oregon State and they’re giving up the fourth-most rushing yards per game. Lucky for them, USC has had some difficulty establishing the run this season.

If I like anything in this game, it’s the Over. I know it’s a high number, currently at 64.5, but these are two high-octane offenses that throw the ball a lot up against defenses that have underwhelmed a bit this season. I won’t be surprised if this game gets up into the 70s.

This is one of the more intriguing matchups of the weekend. You have a team that has surprised a lot of people and is currently ranked No. 6 in the CFP rankings in the Iowa State Cyclones up against a team that underwhelmed early in the season but is playing their best football right now in the Oklahoma Sooners.

It’s unlikely that either of these teams make the CFP with a win on Saturday, but that doesn’t mean that both these teams don’t have a lot to play for. The Sooners opened as 4.5-point favorites, and that line has moved up to -5.5.

I think the Cyclones have been the better team this season, but I won’t be surprised if the Sooners come out with something to prove. Oklahoma hasn’t been scoring at the clip we’ve gotten used to over the last few years, but I still like the over here.

Iowa State won the first time these two teams matched up this season 37-30, and the total currently sits at 58. I expect this to be a back and forth tight matchup throughout, and I always enjoy playing the over in these types of games.

This is probably the least intriguing championship game of the weekend. With how much the CFP committee coddles Ohio State, I’m not even sure this is a must-win for the Buckeyes.

Nevertheless, it’s a very interesting game to gamble on. Northwestern has had one of the best defenses in the country and this will be the first real test for Justin Fields and that Ohio State offense. If the Cats can slow down the Bucks, then they should stay under the number, which currently sits at OSU -20. And I do think that can happen.

If you’re looking to bet on the Buckeyes here, I’d suggest looking at the first-half spread. They are 4-1 against the 1H spread this season, with their one loss coming in the opener against Nebraska. They have jumped out to a lot of early leads this season and let their opponent sneak back in in the second half. Ohio State is also a great team to bet live. They’ve gotten off to slow starts before only to score 21 points during your bathroom break.

I like this game to go under 57, and I’d look at taking Ohio State first half and maybe take the Wildcats live for the second half.

This is the one everybody is talking about. Although the sportsbooks don’t think it will be as close as most of the other championship games. The line currently sits at Clemson -10.5 after opening at Clemson -7.5.

I think anytime you see a line move that much, especially when it moves past a secondary football number like 10, you have to consider taking the points.

You do have to factor in that this game means much more to Clemson, they likely have to win to get into the playoff, than Notre Dame, who is probably in either way. Is it enough for 10.5 points when these two teams went to overtime in their first matchup?

Yes, Clemson was missing Trevor Lawrence the first time around. That shouldn’t make much of a difference as DJ Uiagalelei threw for over 400 yards, and Notre Dame head coach Brian Kelly admitted that was actually tougher to prepare for because they didn’t have much film on the true freshman quarterback. But Clemson does get three defensive starters back that didn’t play against Notre Dame.

The biggest thing to note from that first outing is Notre Dame absolutely stifled Travis Etienne who only ran for 28 yards on 18 carries. If Notre Dame does that again, they will likely win the game. Although I don’t expect them to load the box as much as they did as they probably have a little more respect for Lawrence’s arm.

If I’m taking anything in this game, I’m probably looking at Notre Dame +10.5 and maybe the under at 59.5. I think both teams will be more prepared for the offenses and I could see this being a lower scoring, 28-24, type of football game.

Alabama has been an absolute cash machine this season. They’re cashing overs by themselves while also covering the spread. The Tide are 7-0 ATS in their last seven games.

The line currently sits at Bama -17, which is obviously a lot of points to be giving up in a championship game. Florida will be playing like they have something to prove after getting embarrassed in The Swamp last week.

The total is what we all came here to talk about. It is currently 74.5 (!!!!!), which is an insane number for an SEC Championship game. The old days of the ‘SEC defenses’ are gone. With offensive coaches such as Lane Kiffin and Mike Leach in the conference now, it has become the Big 12.

I really want to bet the over. It’s always more fun to bet the over, and when Vegas gives you a challenge like 74.5, you almost have to take it. But the sharp in me would rather what and take the total live. There are so many things that have to go right to get to 75 points. If they don’t go right out of the gates, then you could have a much easier line to cover the over.

Or on the reverse, the teams are scoring at a rapid rate and now you have an incredible live total at 90 and you can sneak an under play in there.