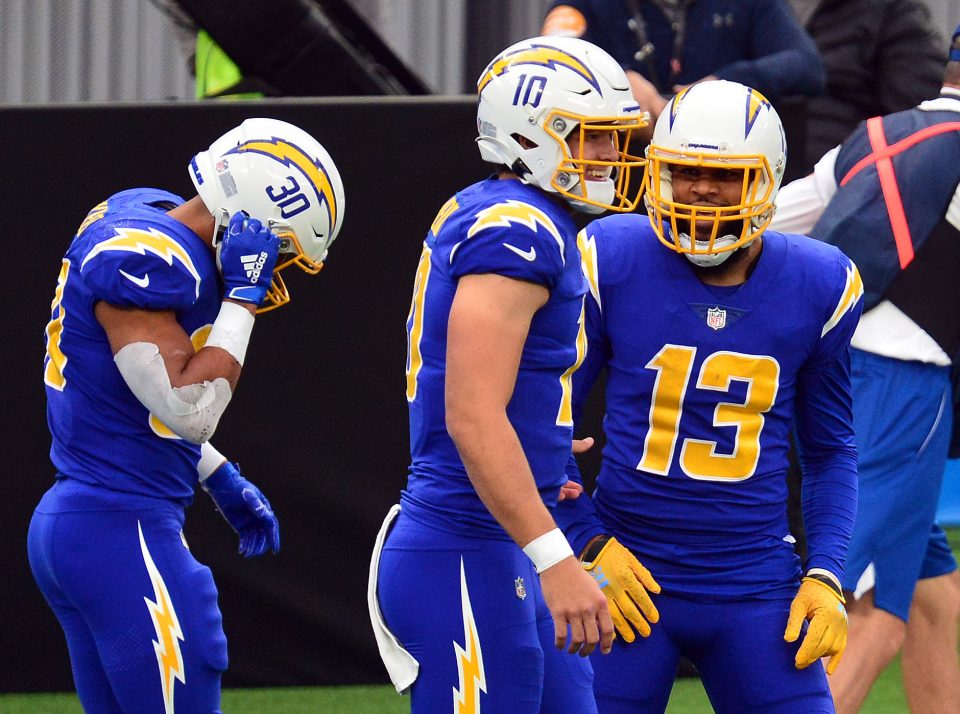 Week 15 of the NFL starts with a bang. Two division rivals with high-octane offenses and suspect defenses kick off this week’s NFL action. The 4-9 LA Chargers head to the only spot in Vegas where the house doesn’t have an edge to face the 7-6 Raiders on Thursday night.

The Chargers head to the desert coming off a last-second field goal victory; looking to play spoiler to the Raiders’ playoff hopes. Vegas returns home, reeling from their week 14 beatdown by the Colts (44-27). The Raiders desperately need a win in order to keep their playoff hopes alive.

The Chargers are in 2021 mode and have nothing but pride and development to play for. In the first matchup against the Raiders, Justin Herbert posted 326 yards and 2 touchdowns. The Raiders have hemorrhaged efficiency to QBs all season; ranking 25th in yards per pass completion allowed. The Raiders have allowed 35,43, 28, and 44 points in their last four games.

Las Vegas needs this W in order to have a chance at the postseason. Unfortunately for them, the injury and Covid bug have decided to impact them on an already short week. Players ruled out for Vegas include Safety Jonathan Abram, CB Damon Arnette, DE Clelin Ferrell, LB Nicholas Morrow and WR Henry Ruggs has been placed on the Covid list and is most likely out. So basically the Raiders’ defense is already suspect against the pass, is now down impact players at all three levels and arguably their most explosive offensive weapon. Bummer.

Even with the Injury/Covid issues, the Raiders head into Thursday Night as 3-point home favorites. The Game Total Over/Under is coming in at 53 points and a Moneyline bet at -152 on the Raiders. This would make the implied game script 28-25 in favor of the Raiders.

This is the highest game point total of the Week 15 slate. With deficiencies on defense for both teams, it’s hard to picture a game that doesn’t end up turning into a shootout. I think both teams would like to establish the run, but, because of continued success in the pass game, I think points could be put up in a hurry all night.

Wagers to Consider on Thursday Night