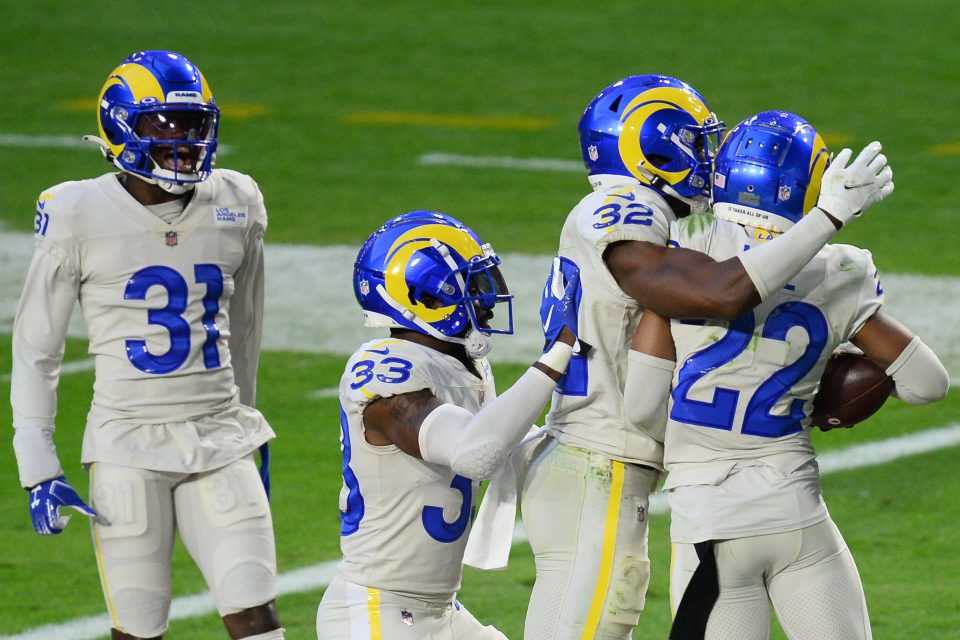 Sports betting moves quickly. New information and injury updates are constantly impacting the way you should consider wagering, especially on the NFL. Before taking a chance on any bet, look for updated information. Scan injury reports, both for missing and returning players, and check out the weather reports, this time of year the weather can significantly impact games.

Finally, there’s a game to look forward to on a Thursday night. NFL Week 14 starts with a great Thursday night matchup. The 6-6 New England Patriots coming off their best performance of the year take on the 8-4 Los Angeles Rams who look to solidify playoff position and improve to 5-1 at home.

New England comes in winners of four of their last five with a heavy run-based controlling offense that relies on a much-improved defense to control field position. In typical New England fashion, the Patriots stayed on the west coast for practice in preparation for Thursday night following their Week 13 win versus the Chargers.

Opponents, specifically signal callers, have struggled to produce against the Pats in recent weeks. On the season, the Patriots are ranked fifth in fantasy points allowed to opposing QBs and have tallied five sacks in their last two games.

The Rams have had an up and down season and are flying under the radar as a division leader. Coming in as winners in three of their last four games, they look to continue their playoff push. The up and down play of QB Jared Goff has led some to doubt the Rams as real contenders in 2020.

The Rams defense is the key to their success. The defense ranks fifth in efficiency and fifth against the pass overall. The Rams average three sacks a game and have dominant players at every level, led by pass rusher Aaron Donald.

The Rams head into Thursday night as -4.5 home favorites. The game total is coming in at 44.5, and the Moneyline bet at -240 for the Rams. This would make the implied game script 25-20 in favor of the Rams.

How are we feeling about tonight’s football game 🏈#NFL #BettingTwitter

Two weeks ago, I would have said this is a no brainer Rams victory. In typical Patriots fashion, New England has improved as the season has progressed. Both teams are looking towards the playoffs and both teams are playing good football right now.

Look for an evenly matched game that is controlled by field position. Both teams have excellent special teams units, and this very well could come down to a big special teams play. This should be a methodical match-up between two coaches that want to prove superiority on the gridiron.

Different plays and props to consider on Thursday Night