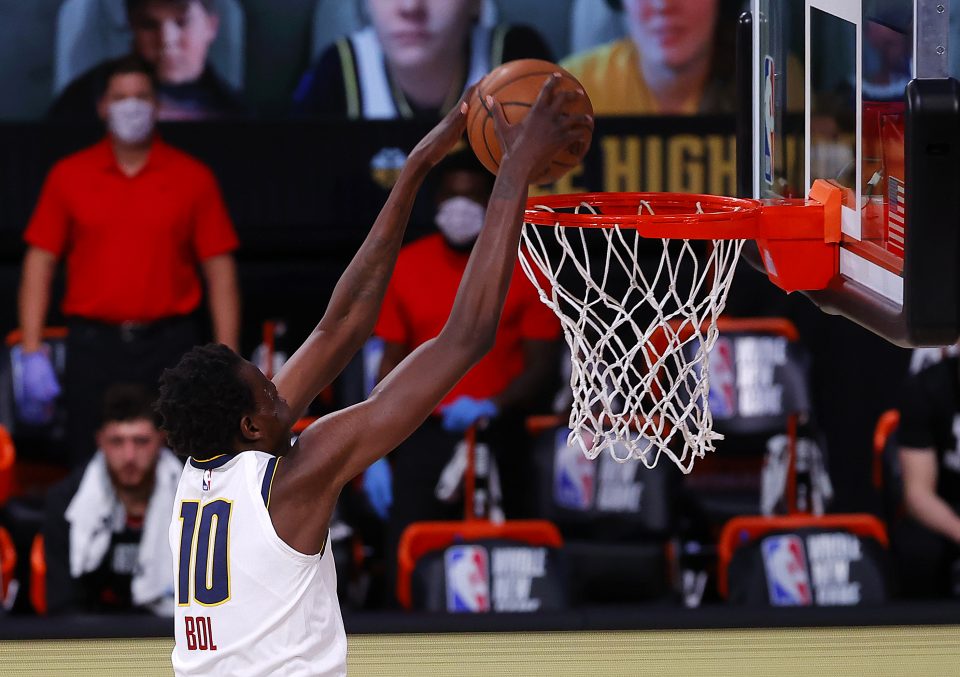 Alright, up to this point we’ve covered both the new free agency signings, along with the Denver Nuggets newest draftee class. With preseason this weekend, let’s look at the newfound roles that will be played by both Bol Bol and Michael Porter Jr.

All he needs is time. As a rookie, MPJ played a total of 55 games in last year’s distinct regular season. Out of those, the rookie played 20 or more minutes in only 21 games; however, in those few games he has made a name for himself. Taking advantage of every minute, the forward managed to increase almost every major stat only to make headlines during multiple games in the bubble. What’s more, he continued to play at high levels during the postseason; being the team’s fourth-highest scorer only behind, Murray, Jokic and Grant.

With this experience, he has the ability to take his game to new heights come next season and become that third go-to scorer the Nuggets have needed. Will Barton said it best himself, “MPJ is special!” As a 6-foot-10 forward with a silky smooth shot, all he’s really needed is to be given a reliable way to find where he can best fit in the offense. As of now, he has earned a bigger role and a chance to do just that in the coming season.

However, as he is given more responsibility offensively, he must also be able to increase his defensive efficiency. Early this season, he will likely be able to improve his ability to guard off-ball as he picks up the nuances of NBA defense. However, in one-on-one defense, he has a nasty habit of committing unnecessary fouls, which add up and preclude him from efficient defense. If Malone and MPJ can change that, fans could truly see the arrival of a new age of Nuggets basketball.

Bol Bol has been shown what is most likely a sign of faith from the Nuggets front office, being upgraded from a two-way contract to a full-time big boy deal, a standard NBA contract to the tune of $4.2 million dollars for two years.

As an Oregon alum, this makes me so happy, because I think he deserves this shot. From a team perspective, it is a risk but one with a high potential reward. His role will likely be providing a boost off the bench, receiving more minutes than most will expect due to his versatility. He will be in contention for backup center, power forward and possibly even small forward minutes depending on the opposition. During his time in the bubble, Bol averaged 12.4 minutes with 5.7 points and 2.7 rebounds per game while shooting 50 percent from the field. Those may seem like quiet numbers, but one must remember he likely wouldn’t have even played this much if the team hadn’t arrived in the disarray it did in the bubble. He found his feet and, if nothing else, was exciting to watch in the time he got.

However, with the departure of Jerami Grant, Mason Plumlee and Torrey Craig, he will get more minutes even considering the additions they’ve made to replace those departures. The defining factor to all this is what kind of work the rookie has put in during the offseason to put on some muscle to his 7-foot-2, 220-pound frame as this will be key to where he gets his minutes. Should he bulk up, expect to see him getting good minutes off the bench as he roots himself in a bigger role against top opposition. A 7-foot-2 Bol Bol coming off the bench, running the floor blocking shots and hitting threes… this is certainly something to look forward to as we inch closer to the new season.

Preseason Starts this Saturday at 6:30 p.m. MST, see you there!

Sports Betting in Colorado Leveled Out for October