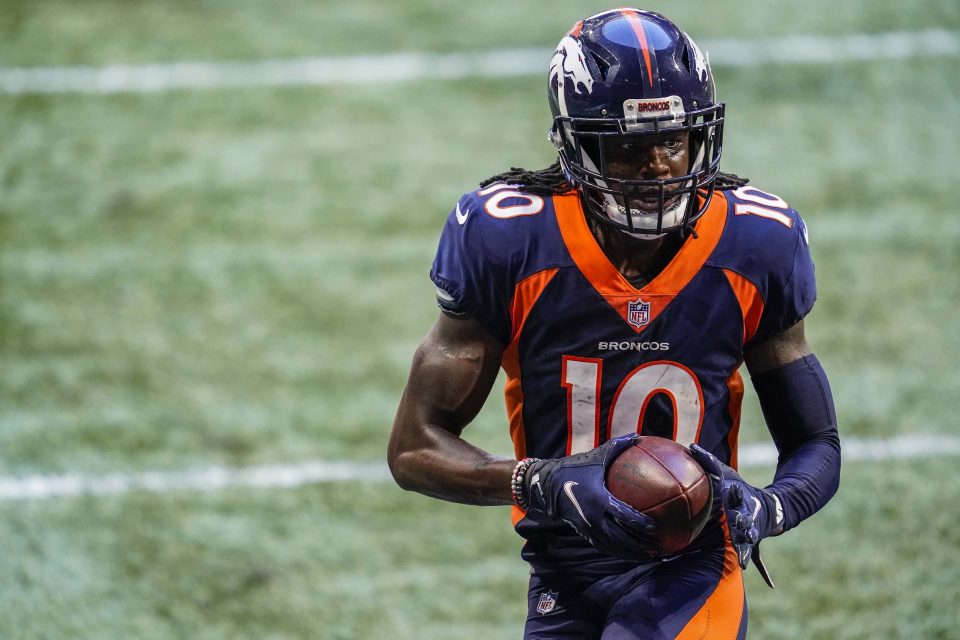 Sports betting moves quickly. New information and injury updates are constantly impacting the way you should consider wagering, especially on the NFL. Before taking a chance on any bet, look for updated information. Scan injury reports, both for missing and returning players. Check out the weather reports, this time of year can make significant impacts on games. When it comes to player prop bets consider the match-up and the players recent performance.

Use your instincts, keep your eyes and ears open. Trust your gut, but most importantly, have fun. Here are a few of the Prop Bets to consider in the latest slate of NFL action. Always look for an edge; these are some that caught my eye in Week 14.

Denver at Carolina – Two 4-8 teams battle for pride and draft position. Both teams are plagued with injuries at key positions. Carolina is currently a 3-point favorite, the game total is at 45.5 points meaning the implied score is Carolina 24 Denver 21. Here are some player props to consider.

Vikings at Buccaneers – This is a game I’m really looking forward to watching. With a 53 point game total and the Bucs favored by 6.5 points, this game has shoot out written all over it. An implied score of Bucs 30 Vikings 23 with two of the league’s worst pass defenses and playmakers galore on both teams this should be a fun high scoring game. Passing all day long for both teams should be expected. Tampa has the best-run defense in the NFL, and Minnesota has one of the worst pass rushes in recent weeks. Here are some player props to consider.

Colts at Raiders – Colts head into Vegas has 3 point favorites; the game total is set at 51.5 points meaning the implied score is Colts 27 Raiders 24. The Raiders are looking to bounce back after 3 consecutive bad performances, but are likely to be without running back Josh Jacobs. The Colts are coming in hot and look to continue pushing towards the playoffs. Here are some player props to consider.