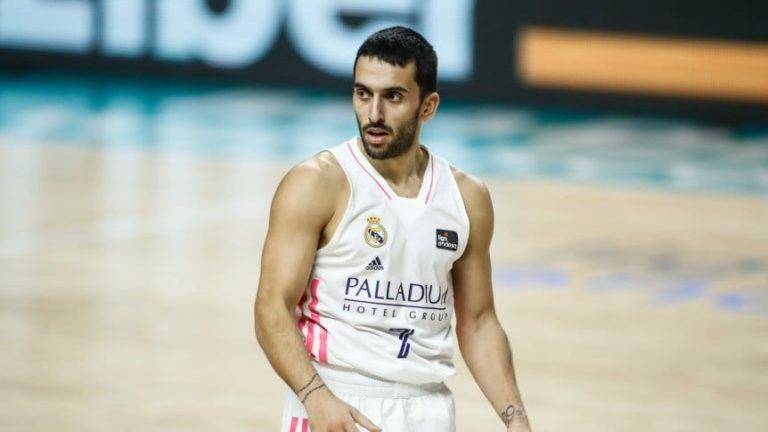 Following the 2020 NBA Draft, the Denver Nuggets focused on making the right decisions for their team in free agency; however, this class was rather lackluster. Additionally, the team suffered some casualties to the open market. Mason Plumlee leaving was a given. Jerami Grant departing was up in the air, but there was optimism he could be retained, and Torrey Craig was in the cards, but never seemed super realistic.

The Nuggets win total for the coming season is set at 44.5, which is the fifth-highest mark in the NBA. The new faces on the team will need to fill the voids left by Plumlee, Grant and Craig for the over to hit.

That said, let’s take a deeper look at the Nuggets free agent additions heading into the 2020-2021 season.

“Blowing the 3-1 lead, you know they had heart. It wasn’t a tough decision.”

JaMychal Green on choosing to join the Nuggets.

This was certainly one of the more noteworthy moves the Nuggets made this offseason. JaMychal Green is a talented veteran and was a thorn in Denver’s side during the playoffs shooting from behind the arc. While his stats are limited due to his playtime (averaged 20.7 min/g), he is likely to contend for a starting spot with MPJ (assuming Gary Harris retains his spot) strictly because Green possesses a defensive acumen that Porter Jr. has yet to demonstrate.

Should MPJ find his defensive footing in the league, Green will likely be reduced to a similar role to that of his on the Clippers. Aside from being a strong 3-point shooter, he is also effective on the offensive glass. He averaged 1.2 per game (again, with those same 20.7 min/g). He is capable of attacking the board on defense as well, in fact, in four of Green’s 6 seasons in the NBA, his team has improved its rebounding numbers while he is playing. He will not be an overly exciting player, let’s be honest. His game on offense is spacing focused, fond of shots from range, and offers stability on defense. Green is a solid player who will certainly help Denver in a variety of different ways.

Another year, another player in from Europe, this time one of Europe’s most exciting guards. Campazzo has played with Real Madrid’s basketball team since 2014 and has slowly increased his role within the team while making a name for himself. He possesses elite vision and playmaking ability. When Campazzo is on the floor, whether it be alongside other point guards or him alone off the bench, the rest of the floor can focus on running off-ball and can count on the Argentine to find them when they’re open.

He trends more on the facilitator side of things on the offensive end but has proven he does possess the skill set to score. Like Green, he does like the 3-ball but shoots less efficiently from deep. So long as he can maintain a decent percentage, it will force others to guard him off-ball and not go underneath screens. That said, when he is on the court, look for him to be playing slick passes to assist teammates rather than create his own shots. Defensively, due to his height, he suffers. That is not to say there is no heart or tenacity because Campazzo has that in abundance, but he might get exploited on that end of the ball. Should Denver have players that possess decent defensive ability alongside him, it might just work.

At 22 years old, it seems Denver is looking to pick up Hartenstein in hopes of realizing his potential under the tutelage of its development team. He has impressed while in the G-league but has yet to be given a proper chance in the NBA. He made the most of the minutes he managed to pull with Houston. Offensively, if he is gonna score, you can bet it’s going to be around the rim.

If Hartenstein is to be a replacement for Plumlee, he lacks the passing ability. However, he can still be utilized similarly in a high pick and roll offense for our playmakers, then make his way to the rim to clean up on any missed opportunities as well as run the floor to capitalize on the break. In addition, he is known to be a beast on the glass, especially on the offensive end. Per 36 minutes, he averaged 3.7 boards. Last season alone in Houston, he helped improve Houston’s offensive rebound percentage by 2.8% with him on the floor. On the flip side, he averaged 8.3 rebounds, another impressive number to go to his name. He is still a work in progress, as all 22-year-olds are, his heart and hustle will never be in doubt, which is about as valuable a trait as you can have in the NBA, especially at a young age.

His role is still unsure to many, with Bol Bol being signed to a standard contract and the incoming Zeke Nnaji being able to play center need be, he is sure to be a valuable addition to this Denver side who will help on the glass, be able to learn from the best big in the league as he improves his game in one of the most exciting teams out there.

Tim Connelly and company were not done on draft night after the two rounds were over. They went and filled another need by grabbing the top scorer in college basketball over the last two years and signed him to a two-way deal.

Howard was not just a high volume shooter, he was also an efficient shooter. He averaged over 10 three-point attempts during his senior season and he made over 40 percent of them. Howard also improved his three-point shooting after his junior year despite seeing even more double teams and having to shoot most of them off the dribble.

So how does a prolific scorer like that fall out of the draft? It pretty much starts and ends with his height. At a generous 5-foot-11, it remains to be seen whether he can guard top guards in the NBA and he didn’t show much defensive prowess in college. If he can become a capable defender, look for Howard to become an NBA mainstay. If not, then he’s one of those guys that will have an excellent career overseas.