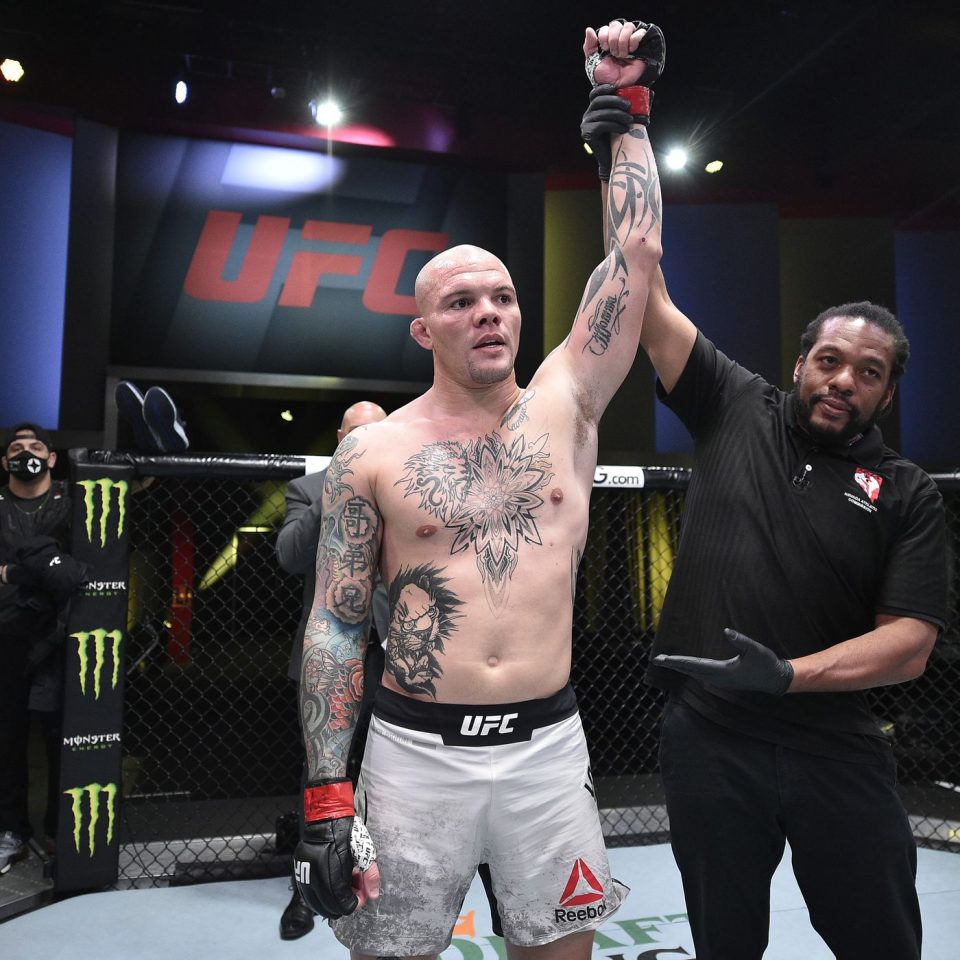 Rather than embracing the opportunity to see an entire new wave of fighters and taking the time to learn about them and their styles, the mob mentality for likes and retweets took over with a general lack of respect for the remaining 20 fighters competing in the 10 scheduled bouts.

Once again, there were exciting fights from start to finish in the UFC Apex, with winners in the first fight of the prelims and the main event earning performance bonuses. There were other matchups that didn’t earn bonus recognition that easily could have as well — that is how solid the action on this card actually was.

Speaking of the main event, let’s talk about Anthony ‘Lionheart’ Smith for a minute. 2020 had not been the best year for the former light heavyweight title contender fighting out of Factory X.

Smith was in the news just a couple of weeks before his main event bout with Glover Texeira for having to fight for his and his families’ lives against a home invader. He lost the Texeira fight and also dropped a matchup with Aleksandar Rakic at the end of the summer. A lot of negative comments and headlines came out during this camp questioning him and if he still had “it.”

One major difference was noted by many across the online social media platforms — Smith walked out to a different song than his traditional “Return of the Mack” anthem; however, the Mack did return.

Lionheart silenced those questions by putting on a dominant performance against a climbing prospect that resulted in a first-round submission. Just like the movie that coined his nickname, Smith never lost that Lionheart spirit and showed that he still has that fire burning in his belly.

The BJJ blackbelt’s emotional outburst, “I’m not going anywhere m*****f*****!” let everyone know that y’all must’ve forgotten he is still a force to be reckoned with on the same historic night in combat sports that also saw boxing legends “Iron” Mike Tyson and “Mr. Y’all Must’ve Forgot” Roy Jones Jr. step back into the ring.

There are a million and one analytics that can be put on a screen, but the one thing that you can never measure is heart. Write that down.

It’s about time that Miguel Baeza is taken as a serious prospect in the welterweight division now. He is 3-0 since punching his ticket to the dance on the Contender Series and he has finished all three fights in the second round. He previously viciously knocked out grizzled veteran Matt Brown and then tactically broke down and submitted Takashi Sato on Saturday. At the ripe age of 28, this kid has a bright future.

Parker Porter and Josh Parisian had a rock ‘em sock ‘em heavyweight slugfest for 15 minutes. Sure, this wasn’t the cleanest and technical exhibition of the sport, but it was fun to watch the big ol’ boys bang it out for three rounds.

For a while there, Spike Carlyle looked unstoppable on his five-fight win streak. “The Alpha Ginger” hype train has been derailed now with his second straight loss since bursting onto the scene with a TKO victory last February. I am not aware of any injuries that Carlyle may have been dealing with, but if you look at his physical appearance from his previous fights to last Saturday, he appeared to be less conditioned on Saturday. Carlyle lost the Unanimous Decision to Bill Algeo.

The return of Ashlee Evans-Smith against Norma Dumont in Dumont’s first attempt at making bantamweight in the UFC (she missed weight by 3.5 lbs) was perplexing. The “Rebel Girl” chose not to use her All-American wrestling background at all. She instead stood there with her head on the center line and let Dumont tee off for three rounds until the fight was stopped in the final frame.

Jonathan Pearce was impressive against Kai Kamaka. With that being said, I would love to see Kamaka take some time off to recover and let himself heal. He has had three very violent fights in the second half of 2020, and I would hate to see something serious happen based on getting back in there again with a quick turnaround. JSP was phenomenal and he’s a name to keep your eyes on in the featherweight division going forward.

Anderson dos Santos capitalized on a mistake made on a takedown attempt by Hawaii’s Martin Day for a first round guillotine choke.

Personally, I thought that Gina Mazany and Rachel Ostovich were incredibly entertaining. Mazany recently relocated to Glory MMA in Kansas City along with her fiance Tim Elliott to train under James Krause. Mazany looked great in her flyweight debut against Rachel Ostovich for her first win in the octagon since 2017.

The Instagram sensation, Ostovich, showed flashes throughout the fight, including a slick submission escape and reversal to get out of a North/South Choke and briefly take Mazany’s back. However, Mazany’s pace was relentless, and she kept the pressure on the Hawaiian all the way until she finished the fight with back-to-back liver kicks.

Team Hawaii went 0-3 on the night, which does not happen often.

The flyweight division produced yet another spectacular finish from Su Madaerji. “The Tibetan Eagle” wasted no time hunting down Malcolm Gordon for a knockout just 0:44 into the fight. Those straight punches were like pistons, and the Canadian, Gordon, did not seem to stand a chance.

Nate Maness capitalized on a split-second opportunity to go balls-deep on a rear-naked choke in the first fight of the night. Luke Sanders was throwing bombs and coming at Maness like a bat out of hell, but in his aggression, he also left himself open to be countered when he missed his mark. That is exactly what happened in the second round — Sanders left himself open, Maness glove found Sanders’ skull and sent him down to the canvas where Maness pounced on the choke.

The cards like this one are great opportunities to grow as a fan with some of these fighters. Yes, you may not have known who some of these athletes were, but you do now. You can now look at future card lineups that they are on and be able to recall the great product they put out there Saturday night.