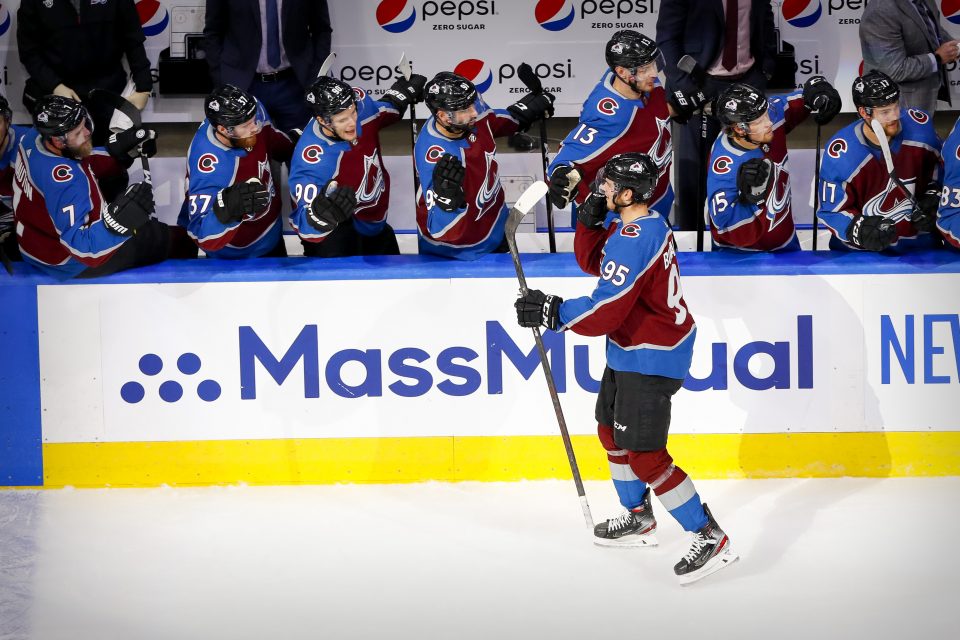 As we get ready for the start of the NHL season come January 13th, the fans of the Colorado Avalanche certainly have something to be excited about. This past offseason was enough time for Executive Vice President of hockey operations, Joe Sakic, to once again prove why he’s one the best executives in the entire NHL.

The timetable of big moves and acquisitions for the Colorado Avalanche this offseason:

September 18th: Logan O’Connor was signed to a two-year contract extension after proving his worth filling in for an injury-riddled Avalanche roster in the playoffs.

October 9th: Sheldon Dries was re-signed to a two-way contract for the Avalanche and Eagles.

October 10th: Andre Burakovsky was re-signed for a two-year contract after becoming an important piece for the Avalanches’ second line this past year.

October 10th: Valeri Nichushkin was re-signed to a two-year contract.

October 12th: Avalanche completed a trade with the New York Islanders acquiring defensemen Devon Toews in exchange for 2021 and 2022 2nd round picks.

October 12th: Ryan Graves was re-singed to a three-year contract after leading the regular season in +/- for the entire NHL.

October 18th: Tyson Jost was re-singed to a one-year contract.

The Avalanche, while already having a very young and talented roster, did what any good team would do and complete a series of small yet under-the-radar moves to add more strength to the roster. The Avalanche did lose some key pieces in Matt Nieto’s penalty-killing (signed by Sharks) and Nikita Zadorov’s big physical presence on the blue-line but more than made up for it in the emergence of a scrappy O’Connor and the addition of Brandon Saad.

As it stands right now, the Avalanche haven’t made any big changes at goaltending and are trudging forward with Philipp Grubauer as the assumed starting goaltender backed by Pavel Francouz and Hunter Miska. The goaltending could be the only real glaring weakness in this team, mainly because of Grubauer’s injury history and Francouz’s inconsistencies, which could both easily become rectified in the course of the 56-game season.

Get ready to bet big on the Colorado Avalanche.

The Avalanche have a new division to contented with after the NHL Board of Governors approved the start date (Jan 13th), the 56-game schedule, and division realignment. Keep a close eye on the total wins for the Colorado Avalanche in their new division as sportsbooks slowly release them, they look to be a team primed for a year chock full of winning.