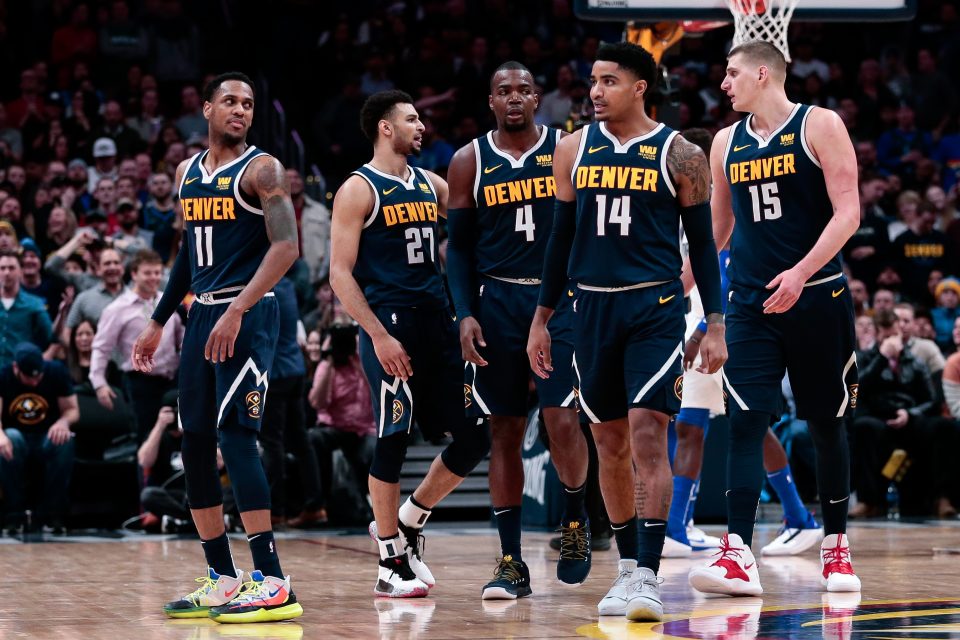 On Monday, the Denver Nuggets announced they agreed to a 3-year $27 million contract extension with guard Monte Morris. This is a deal that should have every Nuggets fan jumping for joy.

So grateful for this opportunity 🙏🏾🔒 https://t.co/wnre4joOn8

Morris was the 51st pick in the second round of the 2017 NBA Draft. He was then given a two-way contract, which he quickly worked his way out of, making his name known faster than most can in the NBA. Morris went from playing in just three games in the 2017-2018 season to playing all 82 games in 2018-2019.

In that same time period, the Nuggets began to count on him more and more as he went from just 8.4 minutes a game to 24.0 minutes per game. This last season he became a go-to player for coach Michael Malone in a host of increasingly important games during the road to the playoffs.

Monte’s meteoric rise on one of the West’s premier basketball teams shouldn’t surprise anyone when you look at the career he has put together. Whether it be his four years with the Iowa State Cyclones, his brief but impactful stint with the G League team, the Rio Grande Valley Vipers, or his ever-important presence for two full years now here in Denver, Morris has impressed every step of the way.

As recently as last year, his defensive rating was as good as 109.3, one of the highest on the team for players that averaged above 20 minutes and the 3rd highest of all bench players, behind only Mason Plumlee and Troy Daniels. With a positive plus-minus and an almost 17% usage rating on top of that, it is easy to see why the Nuggets’ front office felt he was a key player to retain. In fact, with stats like those, he would likely be a guaranteed starter on many teams in the league, and that might just be the best part about Morris, his commitment and love for this Nuggets team.

Like Jamal Murray, Nikola Jokic, and Michael Porter Jr., he is fully invested in digging for gold with the Nuggets, hoping to see it through until they win the golden trophy. There are two key parts to this deal that must not be forgotten; the first being that Morris, as we’ve mentioned, has absolutely unequivocally earned this contract, the second being that the Nuggets get a key player for them to commit to three years instead of becoming an unrestricted free agent next summer. This shows faith from both sides, and we here at Digging For Gold could not be happier with this deal.

This could be a year in which coach Malone opts for more rotations, with Harris’s spot being the place Morris could potentially fill in for more games. This move from Denver also might hint towards the fact that they believe Morris could be that high caliber player to help the Nuggets win a championship, with the stars Murray and Jokic rooted in Denver. With players like Markus Howard, R.J. Hampton and Facundo Campzzo now in Denver, Malone has other names that could come off the bench (should their development allow it) while Morris gets more starts and thus more minutes.

Lastly, with this deal, Morris can command the respect that he deserves as one of the most reliable and slept on players off the bench in the league. Morris has been an integral part of this team’s success, being called upon more and more often in tight situations for the Nuggets. He will have competition in the rotation, but time and time again, he has shown grit and determination to do what it takes to take care of business and help the team out while silencing the doubters.

This cannot be stressed enough, this was a great piece of business from the Nuggets side, but also a well-deserved early Christmas gift for Morris, who has made it no secret he loves the Mile High City and wanted to stay. Well, the Mile High City loves you too, Monte, make no mistake about it!