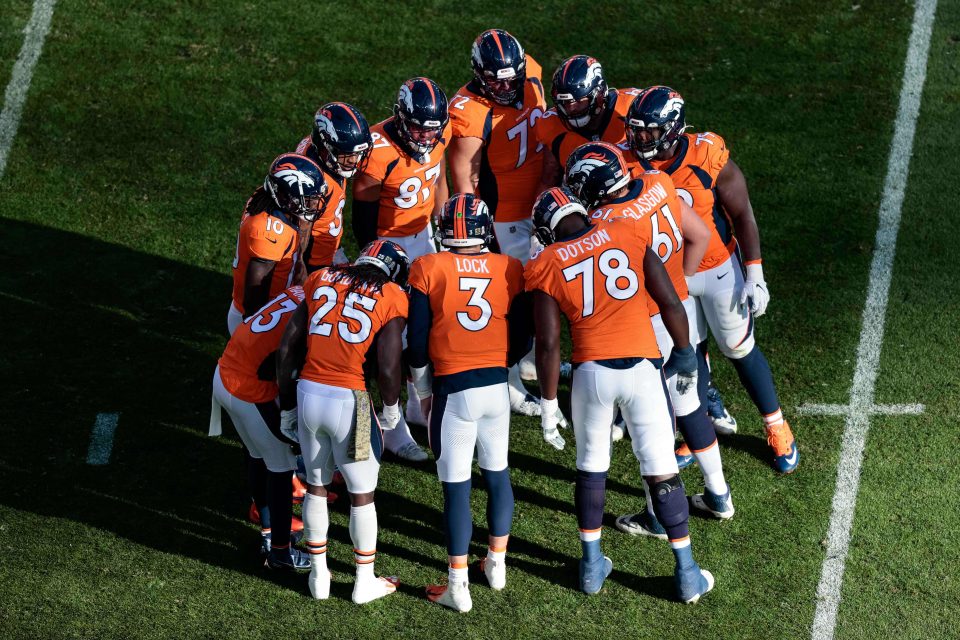 The Denver Broncos will look to get back on track in Week 14 of the NFL season when they travel down to North Carolina to battle the Panthers.

The Broncos have lost two games in a row, although they did manage to cover the spread in Week 13 versus the Kansas City Chiefs.

Carolina is coming off back-to-back wins against the spread and opened as the -4 favorite for Sunday’s contest against Denver. There has been some line movement since the line opened as the Panthers are now -3.5 ATS, per The Action Network.

As of Wednesday morning, the public is backing the Panthers ATS with 65% of the money funneling in their direction. Denver is getting a little bit more love on the Moneyline (+150), with 47% of the action coming their way.

The point total has dropped to 46.5 after opening at 47, and the public is backing the over big time with 75% of the dollars heading that way.

Both teams are 7-5 against the spread this season and are considered relatively even by the oddsmakers given the line. A spread of -3 or -3.5 in favor of the home team typically indicates an even matchup from the book’s eyes.

It’s worth noting the under has hit in four consecutive games for the Broncos. Additionally, the Broncos have won the last three head-to-head matchups against Carolina and covered the spread in each of those contests.

The last time Carolina defeated Denver was back on December 14, 2008.

Panthers’ running back Christian McCaffrey appears to be on schedule to play Sunday, which would mark the first time he plays against the team his father, Ed, helped lead to two championships in the late 90s.