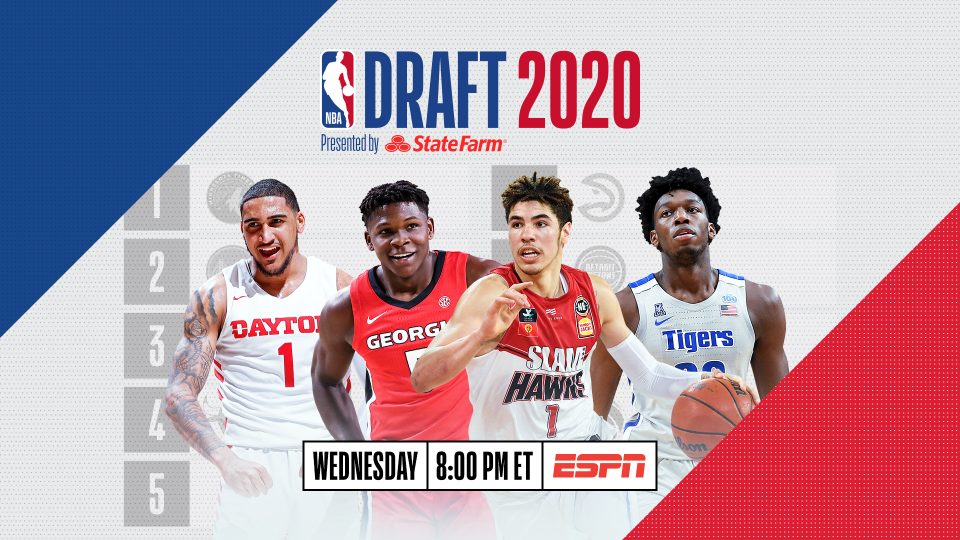 The NBA draft is just around the corner, and with it, the excitement builds after what was an astounding and exciting playoff run for the Denver Nuggets. Now, it’s time for the Nuggets to do what they do real damn well, draft prospects and grow them for the future.

The Nuggets’ first pick in round 1 of the draft comes at No. 22, having lost their 2nd pick in the first round to OKC (25th pick) in the Jerami Grant trade made last year.

As it stands, the Nuggets are favored to take a guard with their first pick. If you feel frisky, you could throw some money on a center as the Nuggets need rim protection. That said, +130 for a forward is pretty decent value considering their the slew of players expected to be on the board in the middle of the first round.

The latest odds for our pick!

Let’s get a look at some players who have been linked to Denver in mock drafts.

Bey is a local boy, at least from a college point of view. He was born in Las Vegas but went to CU just up US-36. Bey, an explosive forward with loads of potential, could add some serious versatility and intuition on the defensive side of the ball. At 6 ‘7 with a wingspan of 7 ‘1 he has an athletic frame but has agility and quickness to add to it. As a junior, he’s entering the draft a year early but seems to have what it takes to make his mark in the NBA.

The big question remains… he did this in the Pac-12, which is a reputable division, but it’s no ACC.

Cole Anthony is a freshman at North Carolina, playing at the guard and certainly made his mark. He was tipped to be a top 5 draft pick, but due to meniscus surgery, he missed two months of play and might just be available for us when our time comes. Since he was a boy, he’s been around the game, with his father going 12th overall in the 91′ draft. While we might not need another guard, should we have the opportunity to grab him, I don’t think we’d regret it. He is a habitual scorer with an aggressive mentality, always looking to be the protagonist. On the defensive end, his skills are debatable, appearing more engaged in some plays than others, but for the most part, it’s said he held his own.

A determined and skilled player, no doubt, he’ll likely need time before he adapts and is able to make a real impact if chosen by Denver.

Pokusevski is a Serbian international who plays for Olympiacos and could be another intriguing international draftee for the Nuggets should they chose to add a 7 ‘0 PF who weighs in at 201, one of the most unique players in the draft without a doubt. What he lacks in his stature, he has made up for it by clearly demonstrating he is quite a talented player. At only 19 years of age, this would certainly be another long-term choice for Denver. Pokusevski has already been coached by another great Serbian by the name of Nikola Jokic at a basketball without borders clinic a few years back, so his transition would be made easier by having a fellow countryman on the team. He can be a playmaker and shoot the ball respectably, but his size is rumored to get him in trouble near the paint, maybe not what we need in the here and now for a draft pick. As I said, he is only 19 and has yet to reach body maturity, meaning he still has yet to fully grow into this big frame he has and could yet be quite a force in 3 or 4 years.

After just one year at Kentucky from the Dallas born Maxey, the top-10 high school prospect in his 2019 class is ready for the NBA. He finished last season averaging 14 pts, 4.3 rebounds, and 3.1 assists. There are questions about his shooting ability, as he can be pretty streaky at times, but he can more than hold his own on the court when he gets going. He is 6 ‘3 and weighs in at 200 lbs, providing a good size for either a 1 or a 2.  He has shown he can score from anywhere on the court, work both on and off the ball and run in transition with tenacity.

Defensively, he held his own. Usually forced to guard taller wings, Maxey allowed just 26 points per one-on-one possession. Off the ball,  he is said to struggle more, maybe making it to the NBA will give him a reminder of the talent level he is competing against and the need for improvement.

Should Denver chose to go after a guard, this could certainly be an option. With the defense we put on display in the playoffs, though, I’m not sure if this is the best choice.

A F/C out of Arizona rounds up our brief look at some of the players we’ve been linked with this year. He is a freshman that stands at 6 ’11 and weighs 240 lbs, making it clear his freshman year that he is a player. He is quite agile for his height and had an absolute breakout year this past season with the Arizona Wildcats. He averaged 16.1 points and 8.6 rebounds en route to earning All-Pac-12 Freshman of the Year, helping him to gain speed ahead of this year’s draft. In Arizona, he mainly played off the ball, serving as a catch and finish target along with being very useful on the offensive glass. His downside lies in the fact that he is a better offensive rebounder than a defensive one (a glass-half-full point of view) and doesn’t quite have the length to be a serious rim-protector.

Praised for his energy and work ethic, this could be very enticing, seeing as Millsap and Plumlee are going to free agency, leaving us with a lack of height.

Who do you want to see us pick up on Wednesday? Let us know on social media @DenverSportsBetting on Instagram and Facebook and @BettingDenver on Twitter!