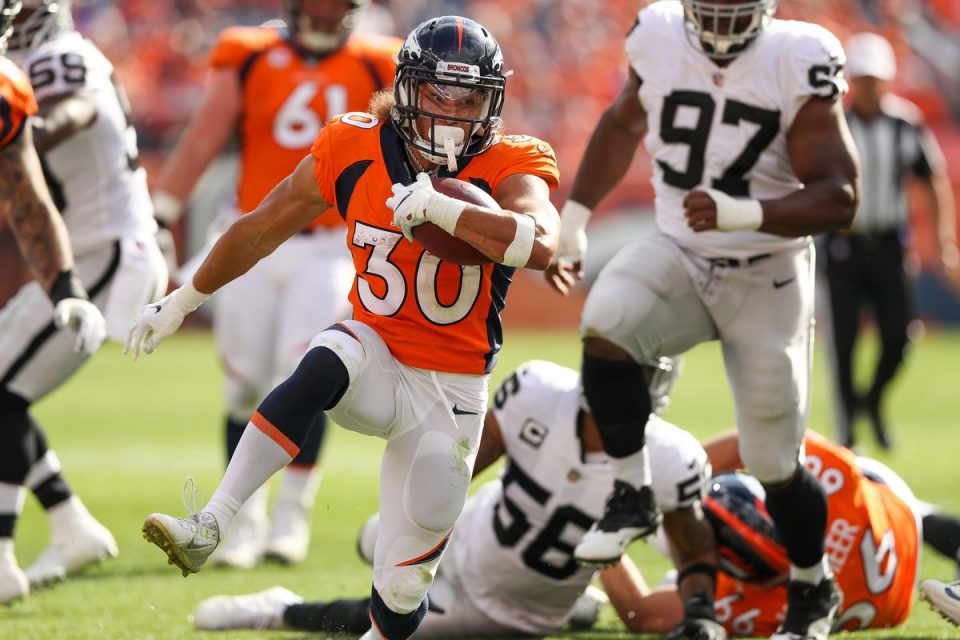 In years past, games against the Raiders have been the biggest of the year for Denver Broncos fans. Due to the lack of quality play from both organizations, this once fierce and vibrant rivalry has lost its luster in recent years.

Both teams are building towards the future with young skill players as the Las Vegas Raiders and Broncos both selected wide receivers from the University of Alabama in the first round of the 2020 draft in Henry Ruggs III and Jerry Jeudy.

The future looks bright and exciting, which means hopefully, a rebirth of the competitive rivalry is just around the corner. Perhaps Sunday’s matchup is the start as the Broncos will travel to Sin City to take on the Raiders for the first time in their new home. Kickoff is set for 2:05p MST.

According to BetRivers Sportsbook, the Broncos are +3.5 road underdogs with the game total set at 50.5.  As of Friday morning, the public is slightly backing the Broncos against the spread this weekend, with 51% of public money heading in that direction.

The Broncos are +165 on the Moneyline, meaning a $25 bet on the Broncos to win outright would net a payout of $66.25 should Denver pull off the upset.

The public is also riding with the over 50.5 as 57% of bets are funneling in that direction.

Both teams have battled injuries and adversity due to COVID-19 throughout the season. In a division battle that matters to both teams, it’s the little things that will determine this game’s outcome.

At 5-3, the Raiders have been somewhat impressive this season, covering the spread in three of their last four games. That said, after losing to the Atlanta Falcons last week, the Broncos are primed to get back on track against the division foe.

Wagers to consider for Broncos-Raiders:

Division games usually are low-scoring slugfests. This game could end up that way; however, consider that the NFL as a whole has become a pass-happy up-tempo league. Last week Drew Lock attempted 48 passes. The Raiders have hit the Over game total in all but one game this season. Both teams are banged up on the offensive and defensive lines, which could lead to bigger plays. The winner of this game will win the turnover battle and will find ways to score touchdowns instead of field goals. These division games are always hard to predict. The team that plays the cleanest will probably get the win. Hopefully, it’s the good guys.