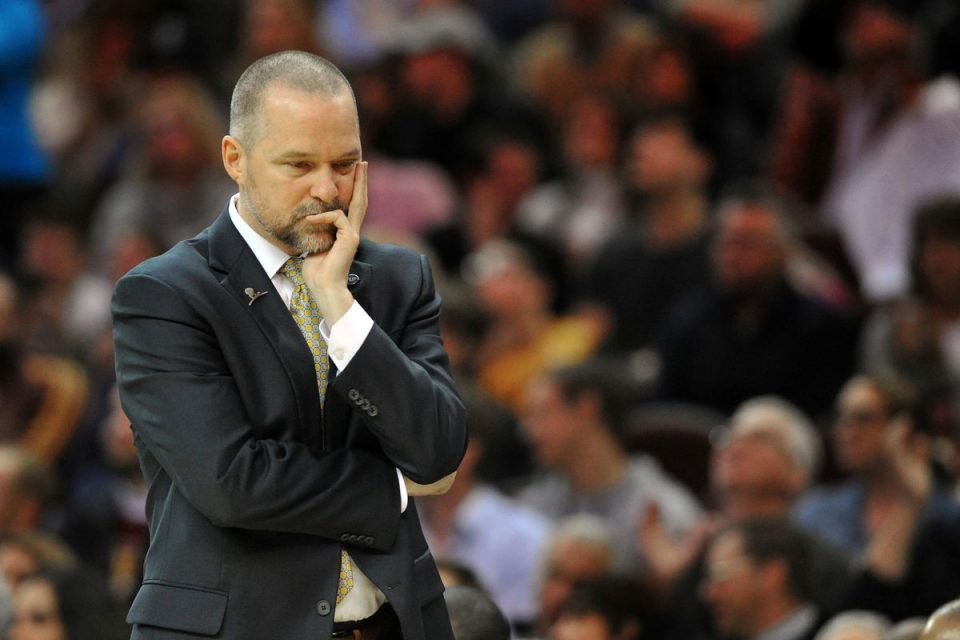 Draft night has come and gone, having gone rather well in the eyes of the Denver Sports Betting team. The Denver Nuggets got a versatile forward with a motor run by the energizer bunny in the form of Zeke Nnaji.

If you read the draft piece published earlier, you’ll note he has the size and potential to make an immediate impact, standing at 6’11 and coming with a 7’1 wingspan, helping him to be quite the force on the glass. Defensively he needs a little work, but likely coming off the bench, he will have time to adapt to the NBA.

Denver then traded for RJ Hampton by giving up a future first-round pick in order to snag the explosive and very athletic 6’5 guard with a lot of upside and potential to be a top player in the coming years. To cap it off, the home team signed undrafted Markus Howard to a two-way contract after his four years at Marquette. As a scorer, he boasts good stats, but his height (5’11) makes him susceptible to defensive struggles, so this was a surprise from Connelly and the Nuggets.

Fast forward and the Nuggets have now lost both Jerami Grant and Mason Plumlee to the Detroit Pistons, as well as passed on Torrey Craig due to roster issues.

Plumlee was not expected to stay, but there were rumors circling that Grant was interested in a stay so long as the money was right. Detroit offered him $20 million a year for three years, a deal Denver reportedly matched. However, Grant wanted a bigger role (a role we are convinced he could have had if he chose to stay). However, now the Nuggets sit, having lost three critical players.

To top off the Nuggets’ losses, Denver is now loading up on MORE GUARDS. Saturday night, there was confirmation that the Nuggets signed JaMychal Green to a two-year $15 million contract. In addition, Denver also signed Real Madrid guard Facundo Campazzo to a two year deal for the 29-year-old Argentian guard. Campazzo is allegedly one of the best guards in Europe, but these are not the type of moves you’d imagine a team who considers themselves in title contention making. One would imagine that this is the replacement for Grant, but I don’t see the same quality. It seems like the Nuggets are shopping in the clearance aisle.

This particular deal also means the Nuggets have next to no wiggle room to make any more deals while still needing size to replace Plumlee. While Denver retained Paul Millsap on a one-year, $10 million contract, a welcomed sight in lieu of so much chaos, just how much of an impact can he have at this stage in his career is yet to be known. At the very least, his experience and leadership will help to incorporate the new additions, namely Zeke Nnaji and Bol Bol (who remind you is still considered a rookie).

The loss of Grant, Plumlee, and Craig could just be too much for the team to overcome. This has many, including us here at Digging for Gold, worried about the future of the team; possibly rightfully so. However, there are reasons not to be overly worried about their departure and confident in the addition of Green in particular.

Remember, Will Barton is on the mend and is expected to make a full return come the start of the 2020-21 season. His return should mitigate the loss of Grant on both sides of the floor. Recall, in one of Digging for Gold’s first pieces, Barton was named as one of the contenders for the team’s Defensive Player of the Year.

His consistent defensive presence is mirrored in the stat line with a defensive rating of 109.1 in the 18-19 regular season and a 110.7 in the playoffs that same year. In fact, he reached as low as 106.9 before getting injured late in the 2019-2020 regular season. His continued defensive efficiency and offensive impact will surely help replace Denver’s losses this offseason, should he stay healthy.

Green similarly will bring an excess of good defense, boasting a 105.7 rating in the ’19-’20 regular season. While he will be expected to improve his offensive game, the front office’s scramble to sign him was a smart and necessary move that seems to fit well from a statistical perspective but still leaves many scratching their head with an overstocked backcourt.

On the other hand, Grant’s defensive rating is surprisingly bad compared to the hype he has received. In the 19-20 regular season, he had a 112.3 rating, whereas, in the playoffs, he had a rating of 116.0. That being said, he did guard players like Donovan Mitchell, Kawhi Leonard, and Paul George during the postseason. As a reminder, a LOWER defensive rating means you would allow your opponent to score LESS, and in recent years the league average has hovered around 110 for the regular season, while it has been closer to 111 for the playoffs. His presence will be sorely missed, it seems we may be able to make do at this time.

On a more instinctive note, the signing of Bol Bol to a full time (no longer two way) contract could boost the defensive side. While he does not tip the scales, his length will allow him to come from behind and help greatly with rim protection after a larger center beats Jokic off the block. This could be enough to offset Jokic’s slow defensive style as well as Bol’s lack of size.

If this tandem can end up working out well, Denver should not need to worry too much about not picking up Ibaka (who now has signed with the Clippers) or another big body and losing Plumlee. However, that is a big if, especially with Bol’s inexperience and Malone’s hesitancy to play two big men simultaneously in the past. That being said, Bol’s three-point shooting could be what sets him apart, allowing Malone to give him and Jokic more time on the court together. Only time will tell.

The Nuggets still have their core, but these moves leave many wondering what the true ambitions are this season. An optimistic person might think maybe we’re doing this for trade leverage, but that seems unlikely given the contracts the team has given out to these new signings.

Either way, Denver went from draft day delight to post-draft confusion, and it has us here at Digging for Gold feeling very on edge right now. For now, all we can do is sit back and trust the front office and the magic they have conjured in past seasons.