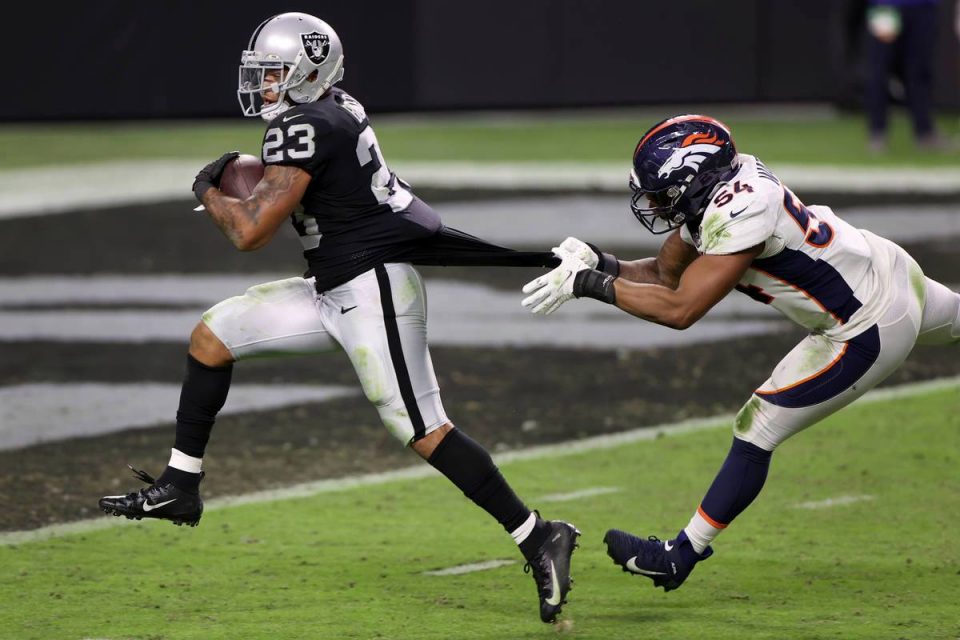 The Denver Broncos lost to Las Vegas Raiders during Week 10 of the NFL season, 37-12. It was an ugly game from start to finish for the Broncos, who are now 3-6 on the year and quickly heading for another losing season.

The Broncos failed to cover the spread (+3.5), and the under hit as the Raiders limited the Broncos to just four field goals. There is plenty of frustration within Broncos Country, and fans are pointing fingers at Offensive Coordinator Pat Shurmur, Head Coach Vic Fangio and Quarterback Drew Lock.

Aniello Piro and Jackson Wieger of Denver Sports Betting recap the dismal game and take a look at what is wrong with the Broncos organization from top to bottom. Check out the video above or click here to watch.

Lock has really struggled this season, throwing 10 interceptions to just seven touchdowns. The 24-year-old has certainly regressed from where he was at the end of last season, and now questions are swirling about whether or not he is the guy to lead the franchise long term.

The Broncos will now turn their attention to the red hot Miami Dolphins, who are set to come to town for Week 11. Led by rookie Tua Tagovailoa, the Dolphins have won three games in a row and open as a -2 road favorite.