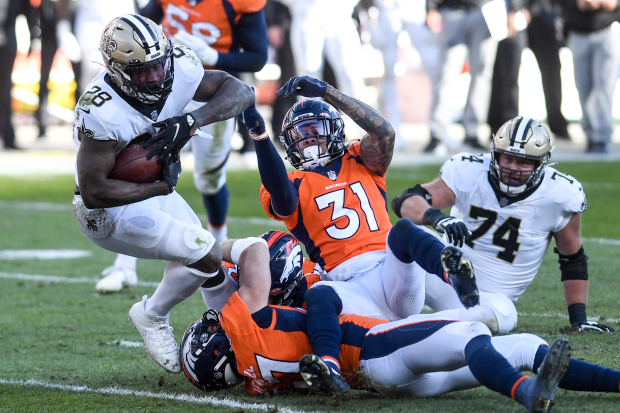 The Denver Broncos were screwed by the NFL during Week 12 of the NFL season.

Practice squad wide receiver Kendall Hinton was under center for the blue and orange yesterday versus the New Orleans Saints after the Bronco’s entire quarterback room was wiped out due to a lapse in observing the NFL’s COVID-19 protocol.

ESPN’s Adam Schefter reports this morning that all Broncos’ COVID tests came back negative, which only adds to the confusion surrounding the league’s decision to let the game be played yesterday.

Broncos' COVID tests came back negative this morning, per source.

The entire situation is so strange and hypocritical on the NFL’s part, given the fact that the Thanksgiving Day matchup between the Baltimore Ravens and Pittsburgh Steelers was pushed back due to similar issues.

The Broncos aren’t winning the Super Bowl this season, but they still got screwed out of yesterday’s game by the league. Sure the front office could have been more proactive by ensuring one of their backup quarterbacks was off-site in case a situation like this arose, but it’s still whack to think the NFL forced the Broncos to play on schedule without their starting quarterback despite his negative test results.

Nevertheless, Aniello Piro and Jackson Wieger of Denver Sports Betting recapped the game in the latest installment of Reaction Monday.

Check out the full video above, or click here to watch.