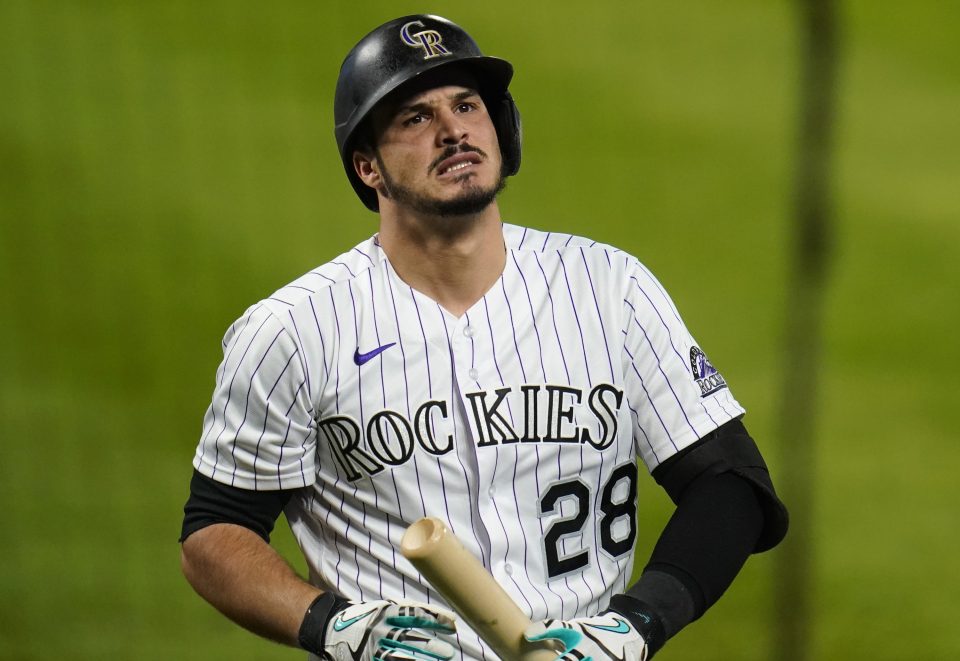 Baseball season just ended, but the hot stove is already heating up with question looming about the future of Colorado Rockies‘ superstar Nolan Arenado.

Arenado, 29, just won his eighth consecutive Gold Glove Award and met with the media to talk about his career achievement and what’s to come.

ESPN’s Karl Raveh asked Arenado about where he will be playing moving forward in his career, to which Arenado answered:

“I don’t know what’s gonna happen,” Arenado said. “I think this year will be interesting. I’m hopeful that wherever—I wanna play for a winner. If that’s in Colorado, that’s great. And, at the end of the day, that’s what it’s all about: I just wanna win.”

When asked about his future, Areando was not exactly enthusiastic about the idea of playing for the Rockies. Arenado wants to contend for a World Series, something he has not had the chance to do in Colorado.

Arenado just won his 8th straight Gold Glove Award and is still considered one of the game’s top players today. It’s unlikely the Rockies will be contenders next season, which leaves Arenado’s future in doubt. He is under team control through the end of the 2021 season but will have the ability to opt-out of his contract following the season’s completion.

The entire situation is a bit confusing and deflating for Rockies’ fans, but the reality of the situations is this: if the Rockies are unable to field a winning club, Arenado is probably as good as gone.

To this point, the Rockies have not prioritized winning to Areando’s liking, and it seems increasingly likely Arenado will either be traded or simply walk away as a free at following the season.