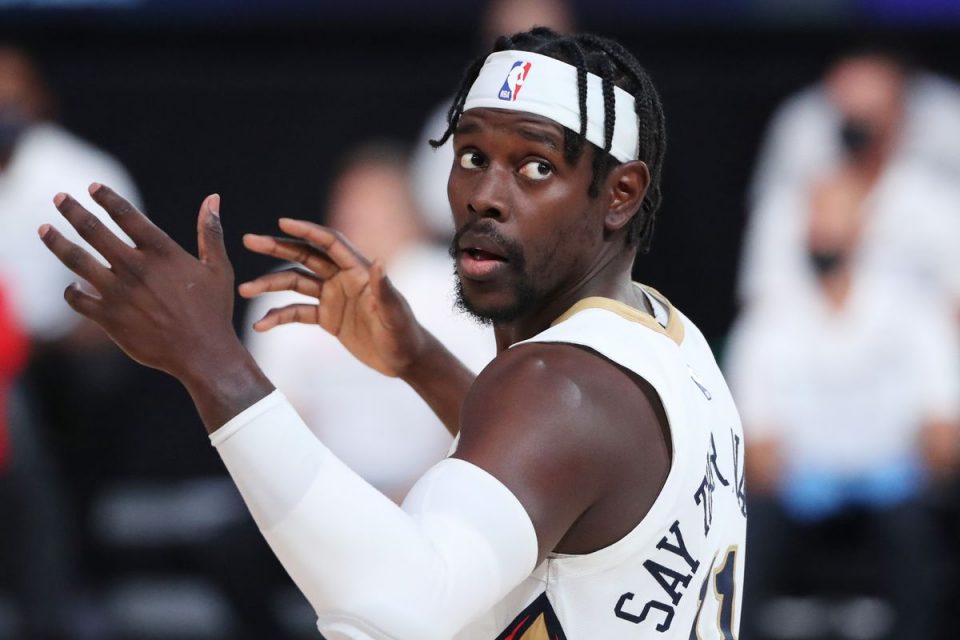 The Denver Nuggets will look to upgrade their roster this offseason, and they could look to shift some pieces around in the trade market to fill holes within the roster.

One player the Nuggets have long been attached to is New Orleans Pelicans guard Jrue Holiday. The rumor mill started up again with Yahoo’s Vincent Goodwill reporting the Nuggets are in hot pursuit of the 30-year-old.

“According to sources, around 10 teams are inquiring about his services, and one team hot after him is the Denver Nuggets, eager to capitalize on their appearance in the West Finals.”

Any trade package will start with the Nuggets first round pick (No. 22) and a combination of young talent. Michael Porter Jr. is likely untouchable in trade talks, so the teams could look to build a package centered around Gary Harris and perhaps Bol Bol.

That said, the Nuggets are not the only team interested in trading for the veteran, so the price could be driven up by the competition.

Additionally, the Nuggets could look to trade their assets elsewhere, perhaps package them in a deal for Bradley Beal? Or the franchise can rest all their faith in the coming season on the natural development of MPJ and hope he rounds into form offensively while tightening up on defense.

It will be interesting to see how the next few weeks play out with the NBA set to restart around Christmas time. The Nuggets clearly believe they are on the cusp of winning a title, so maybe the front office views trading for Holiday as the move that will push the team over the top in the ultra-competitive Western Conference.

Is Nolan Arenado on his way out of Colorado?

Broncos bettors could cash in big Sunday versus Falcons