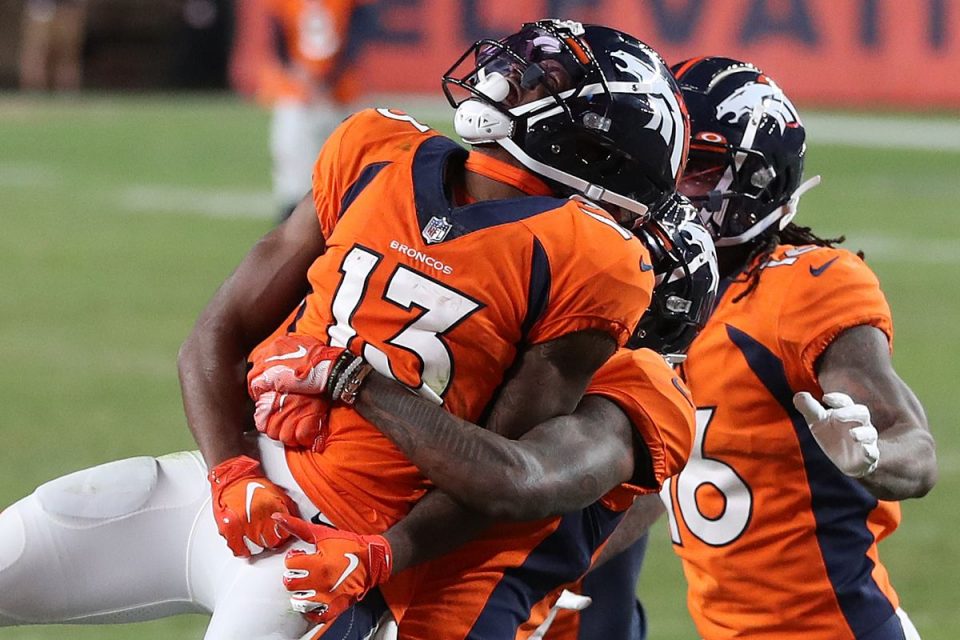 Week 9 of the NFL season is set to kickoff, and the Denver Broncos (3-4) have their sights set on the Atlanta Falcons (2-6) as they look to win back-to-back games following last week’s dub over the Los Angeles Chargers.

First things first, the Broncos have a COVID-19 situation on their hands. After defensive coordinator Ed Donatell did not coach last week due to sickness, the Broncos are now concerned about a potential COVID-19 outbreak after General Manager John Elway, team President Joe Ellis and offensive tackle Darrin Paulo all tested positive for COVID-19 this week.

As a result, the Broncos were forced to shut down their practice facility Wednesday, although they are back on the field Thursday.

“It’s distracting, it’s not ideal,” Broncos head coach Vic Fangio said via 9news. “I’d be lying to say that it wasn’t. But, we’re of the mindset at the start of this year knowing that we were going to have to do some improvising and adjusting. We’ve done well with it so far.

“When you first get the news that you can’t get in to practice you’re a little bit (ticked) off and everything, but you take a few minutes and take a deep breath and figure out how we’re going to beat it and get over this, and that’s what we do.”

With that, the line has jumped between 3.5 and 4 with the Falcons as the home favorite. As of this writing, the public is split on this game against the spread as both sides are seeing equal action.

The point total has spiked to 50 after opening at 47, and the public is backing the over with 66% of bets funneling in that direction.

Let’s take a look at some notable betting trends and stats courtesy of Covers.com:

This is an interesting matchup for this scrappy Broncos team. Despite being devastated by injuries through the first portion of the season, the Broncos have managed to be competitive in nearly every game they have played this year.

The Broncos have covered the spread in five of their last seven games, and the Falcons are notorious for their choke jobs. Atlanta has covered in just two of their last five games, both of which came when the Falcons were on the road as an underdog.

Atlanta has looked slightly better since firing head coach Dan Quinn, but the Falcons are still a total disaster, capable of blowing a double-digit lead at a moment’s notice.

Atlanta’s offense has also struggled to put up points, having scored over 30 points just twice this season, with the efforts coming against the Dallas Cowboys and Minnesota Vikings.

The Broncos are far from perfect, but they are a smarter, more unified team compared to Atlanta.

From a betting perspective, the Broncos have been great this season, and they are in a nice position not just to cover the spread Sunday but potentially win outright.

Nothing is set in stone, but don’t be afraid to pull the trigger on Denver this weekend.