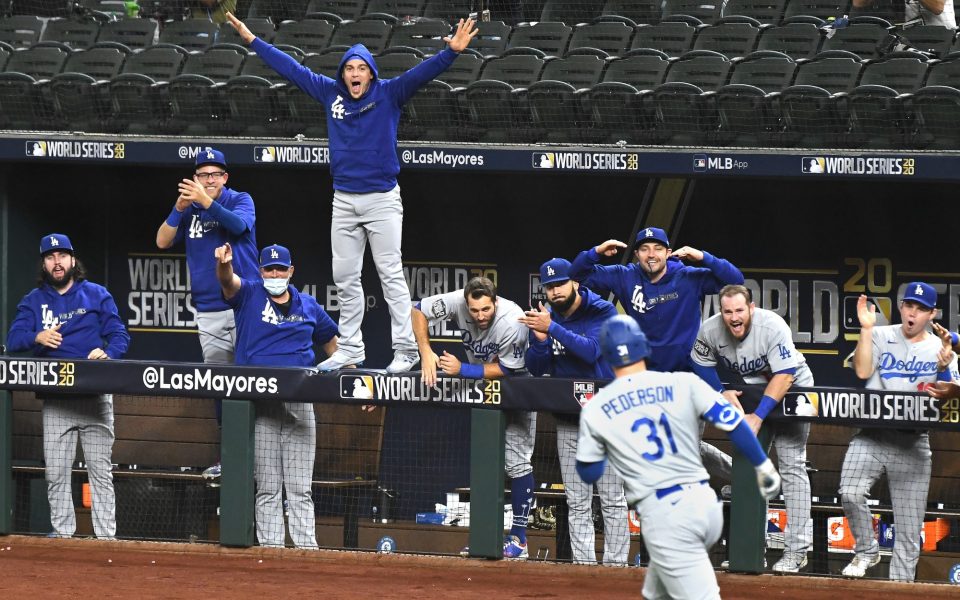 It’s a cold, snowy morning here in the Mile High City, which makes it a perfect day to curl up at home and prepare for the week of betting ahead.

We could have a new World Series champion tonight as the Los Angeles Dodgers are set to battle the Tampa Bay Rays in Game 6 of the Fall Classic.

The Dodgers pulled out a 4-2 victory in Game 5 Sunday night, backed by a strong performance from Clayton Kershaw and timely hitting from the meat of the lineup. After the Rays stole Game 4 using small ball, the Dodgers were on red alert, shutting down any offensive creativity the Rays had in mind.

Now riding the momentum from their latest win, the Dodgers are in a prime position to close out the series and win a World Series title for the first time since 1988.

The Dodgers are the -140 betting favorite, which makes Tampa the +124 underdog on the Moneyline. The public is backing Tampa this morning with 52% of action heading that way.

The run total is set at 8, as it was in Game 5. The over has hit in four of the five games played this series.

Tampa will send Blake Snell to the mound as the Rays look to keep their season alive. Snell has been decent throughout this postseason, pitching to a 3.33 earned run average. Snell has looked sharp in the early portion of his starts but has struggled when facing lineups for the third time around.

That said, the Rays have the pitching advantage tonight as the Dodgers will send Tony Gonsolin to the mound. Gonsolin has struggled this postseason, owning a 9.39 earned run average. He has surrendered eight runs in 7 2/3 innings of work, and was yanked after just 1 1/3 innings in his Game 2 start.

The leash could be short once again for Gonsolin as the Dodgers could turn towards their bullpen to get them through this game.

The Chicago Bears will travel to Los Angeles to battle the Rams on Monday Night Football. Despite having a better record than the Rams, the Bears opened as a +7 underdog on the road for this Week 7 matchup. That has since shifted to Chicago +6, and the public is riding with the 5-1 Bears with over 50% of action coming in on Chicago this morning.

The point total is set at 44.5 after opening at 47, and the public is riding with the under here with 58% of money heading in that direction.

The Rams will look to bounce back following a tough loss against the San Francisco 49ers last week. With the Arizona Cardinals winning last night in primetime, there is added pressure for the Rams to win tonight in order to keep pace within the division.

Chicago might be the biggest surprise of the season so far. With marquee wins over the Tampa Bay Buccaneers and Carolina Panthers, a win tonight would force the court of public opinion to take the Bears a bit more seriously.

If you think the Bears are as good as their record says they are, go ahead and take the points.

The Rams have looked good in spurts this season, but they are getting way too much love from bettors. Los Angeles has covered just one time in the last three games despite winning two of three. The under has also hit in their last three games.

The Growing Pains of Drew Lock