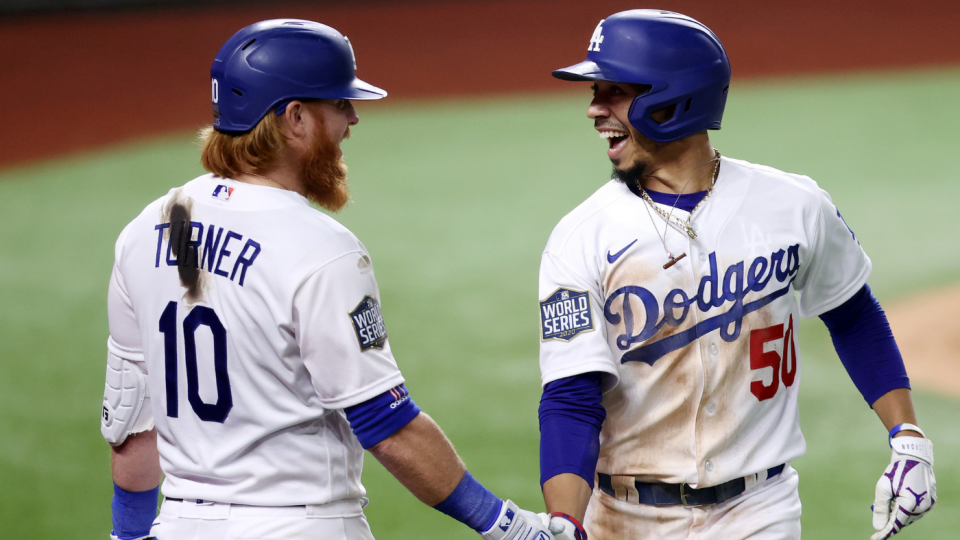 Dodger tickets cashed around town last night, as did the over (7.5). Clayton Kershaw was sharp throughout his outing, allowing just one run through six innings of work while punching out eight batters.

The Dodgers are now in a prime position to take a commanding 2-0 series lead with Game 2 scheduled for tonight at 6:08 p.m. MST.

Now, let’s take a look at what’s on tap for today, Wednesday, October 21:

The Dodgers will turn to Tony Gonsolin for Game 2 of the World Series. Gonsolin has been roughed up this postseason, owning a 9.95 earned run average over 6 1/3 innings pitched. That said, Gonsolin was effective during the regular season in his nine starts, pitching to a 2.31 ERA, so the Dodgers are hopeful he can buckle down and give them a good start in Game 2.

Blake Snell will get the start for Tampa Bay. He was alright in his last outing versus the Houston Astros and has really been pretty average throughout the postseason. That said, Snell has won the Cy Young award, so the Dodgers are fully aware of how tough he can be when he is locked into his zone.

Snell will have his hands full as the Dodgers’ offense ripped eight runs on 10 hits during Game 1. Things can and will get out of hand quickly if Snell cannot limit traffic on the base paths.

The Dodgers are the -139 favorite on the Moneyline as of this writing, making the Rays the +120 underdog. A little over 50% of public money is funneling towards Los Angeles on the Moneyline following their dominant Game 1 victory.

Who are you betting in Game 2 of the World Series? #MLBPlayoffs #BettingDenver

The run total is set at 8, and the public is riding with the over as more than 75% of public bets are funneling in that direction.

Let’s take a look at some notable betting stats and trends from Covers.com to get you prepared to bet Game 2: