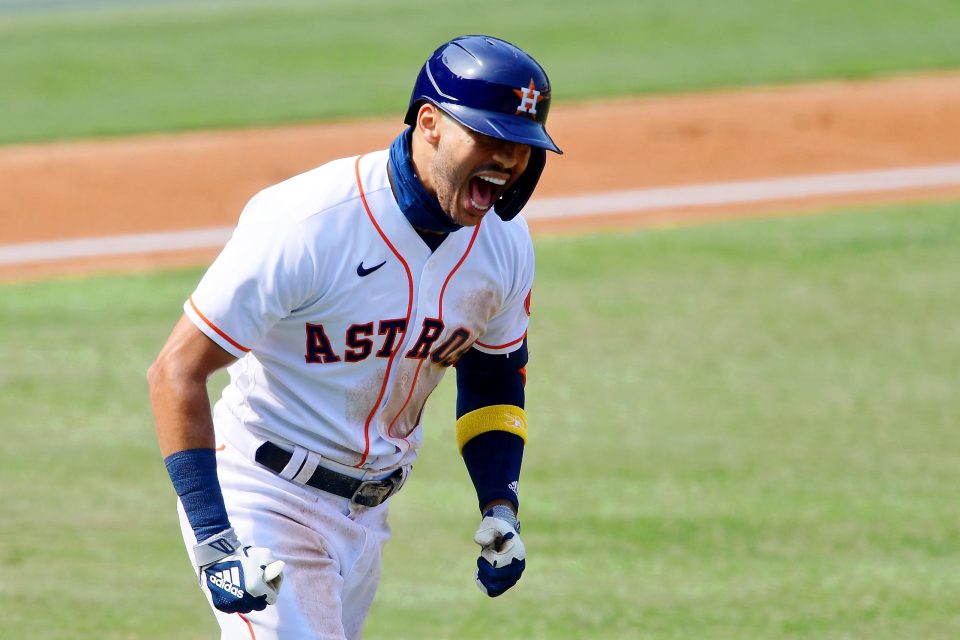 Happy Friday, folks! Hope everybody had a good, profitable day yesterday in the betting world.

The Houston Astros managed to keep their season alive and now have some real momentum going into Game 6 after Carlos Correa blasted a walk-off moonshot to center field in Game 5.

The Atlanta Braves beat up on the Los Angeles Dodgers in Game 4 as Clayton Kershaw was roughed up in the 6th inning. The Dodgers’ bats were lifeless, and the Braves pulled off the upset victory and are now just one win away from advancing to the World Series. Atlanta closed at +185 on the Moneyline, with 64% of public money being on the Dodgers -220, per The Action Network.

Let’s take a look at what’s on tap for today, Friday, October 16:

Two playoff games once again. First up, the Astros will look to force a Game 7 against the pesky Tampa Bay Rays. Blake Snell will take the mound for Tampa and look to follow-up his Game 1 performance, where he limited Houston to just one run through five innings of work. That said, it took Snell over 100 pitches to navigate through five innings, and he was roughed up in the ALDS against the New York Yankees.

Framber Garcia will take the mound for Houston in Game 6. Garcia has been sharp this postseason, pitching to a 2.00 ERA in three appearances. He pitched Game 1 of this series and allowed two runs on four hits in six innings pitched. First pitch is set for 4:07 p.m. MST, and the Rays are the -140 favorite on the Moneyline. Houston is listed at +122, and the run total is set at 8.

Under is 5-0 in Astros last 5 games as an underdog, per Covers.com.

The Dodgers will look to keep their season alive in Game 5 against Atlanta. Despite their poor play, the Dodgers are still the favorite for Game 5 at -240. 23-year-old Dustin May will be tasked with starting Game 5. Atlanta has yet to announce a starter and could potentially go with an opener. First pitch is set for 7:08 p.m. MST. The Dodgers know what’s in front of them. Can they get the job done?

There are two major college football games scheduled today. First up, #17 SMU will travel to New Orleans to play Tulane. Kickoff is set for 4:00 p.m. MST, and the Mustangs are the -6.5 betting favorite against the spread. The point total is set at 64.5 after opening at 67.5. 66% of public bets are funneling towards the over as of this writing. The Mustangs are 4-0 this season and have covered the spread in their last three games. Tulane is just 1-3 ATS this season.

Ready to ride the wave 😤

The second game is a matchup between #14 BYU and Houston. The Cougars have played just one game this season and will be without nearly 20 players for various reasons, including COVID-19, injuries, and other issues. Still, Houston will look to upset BYU, a team that has been on fire since college football started up. Led by quarterback Zach Wilson, BYU is a perfect 4-0 this season and has covered the spread in all but one game this season, that being last week’s matchup where they were -34.5 favorites against UTSA. BYU is -5 ATS, and they are taking in over 50% of public bets. The point total is set at 60.5. Kick-off for this game is scheduled for 7:30 p.m. MST.

Still looking for more local sports betting coverage? Our own Aniello Piro will be on Mile High Sports Radio tonight for his weekly betting spot on the Sean Walsh Show from 6-7 p.m. MST. Aniello and Sean run through the full slate of NFL games and make their picks against the spread.

Additionally, stay tuned to DenverSportsBetting.com for the next Heaters segment from Most Underrated Podcast. The fellas are 30-8-2 ATS this season!