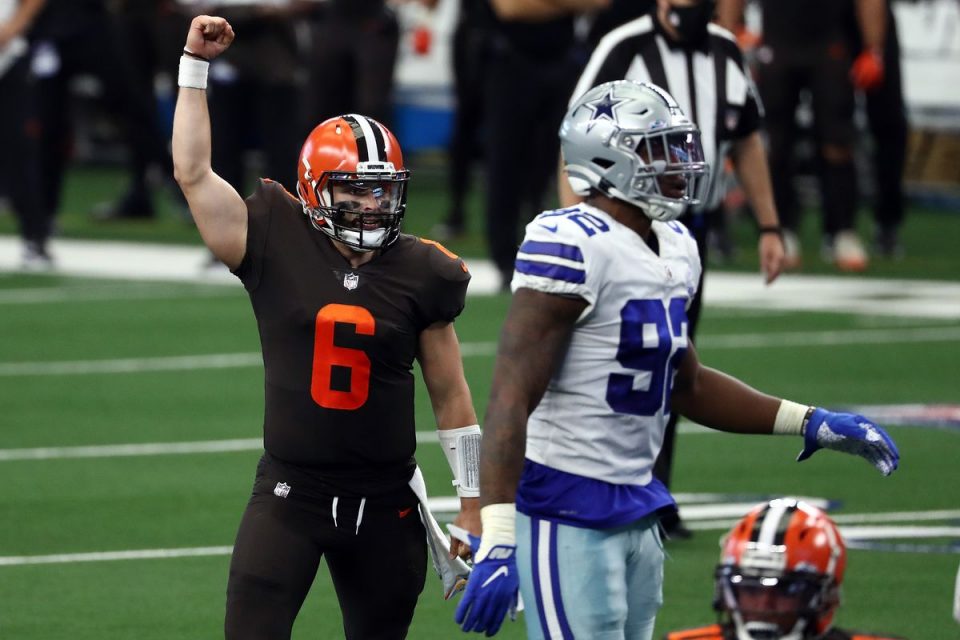 Week 4 of the NFL season is almost in the books, with just two games remaining on Monday night.

Some teams took care of business, and there were some upsets on the gridiron in what was yet another exciting weekend of NFL football for sports bettors.

Let’s take a look at what went down on Sunday, including some of the locks, bad beats and upsets of the weekend!

Not much of a shocker here. The Seahawks started out slow in the first half of the game, which is expected of a team playing in the early time slot after traveling from the Pacific Northwest to southern Florida. The Seahawks leaned on their defense for most of the game, but MVP candidate Russell Wilson delivered a few huge throws in the fourth quarter to solidify the victory for their Seahawks, improving their record to 4-0. Wilson was stellar, throwing for 360 yards and two touchdowns. The point total did go under 55 and was the lone game where the under hit in the early slate of games.

It was all about the two Joe’s for the Bengals against the Jags. Burrow threw for 300 yards, becoming the first quarterback to record four consecutive games with at least 300 passing yards to start a career. He also hurled a touchdown pass and led the Bengals to over 500 yards of total offense. Running back Joe Mixon popped off, accumulating 151 yards and three scores en route to the Bengals first W of the season. Jacksonville kicked a field goal late in the fourth quarter but failed to convert the onside kick, which allowed Cincy to wind down the clock and win the game. Many expected a low scoring game, but the over ended up chasing with relative ease.

The Cardinals woes continued as they lost to the Panthers 31-21. Teddy Bridgewater was on point, throwing for 276 yards and three scores, including a rushing touchdown. Despite Christian McCaffrey being on the sidelines, the Panthers managed to move the ball with ease against the Vance Joseph coached Cardinals’ defense. Bridgewater kept the Cardinals off-balance and utilized the play-action to his advantage. The Cardinals were not silent as Kyler Murray threw for three touchdowns. Still, the Panthers did a phenomenal job of dominating time of possession, which resulted in fewer opportunities for the Cardinals high octane offense. The total finished at 52, which either helped or killed some bettors. Many books had the number at 51.5, but it spiked to 52.5 at one point.

The Dallas Cowboys nearly did the impossible once again. Down 27 points, the Cowboys managed to trim the Browns lead to single digits in the fourth quarter, but poor defense and a questionable kickoff resulted in the Cowboys losing to Cleveland in the end. Odell Beckham Jr. was dynamite against his former division foe, wracking up three touchdowns, including one from the gun of wide receiver Jarvis Landry. The Browns’ running game was rock-solid despite losing Nick Chubb midway through the game with a knee injury. Cleveland finished with over 300 yards rushing, averaging 7.7 yards per carry. This point total soared over as there were 45 points scored in the first half alone. The Cowboys managed to get a few quick scores in the fourth quarter; however, a late touchdown run from OBJ and a Dak Prescott interception dropped the Cowboys to 1-3 on the year. The Cowboys are now 0-4 ATS for the first time since the 1989 season. The Browns are now 3-1 for the first time since 2001.

The Ravens cleaned up against Washington. Lamar Jackson rushed for a 50-yard score and was later pulled after establishing a commanding lead. Backup quarterback Robert Griffin III closed out the game as the Ravens won by 14 points. Hopefully, you bet Baltimore early in the week, or grabbed them at -13.5, otherwise, you probably pushed.

Justin Herbert was two years old when Tom Brady made his first career start. Sunday, they squared off on the football field, and Brady earned the victory, although the Chargers managed to cover the spread. Brady turned back the clock a bit, throwing for five touchdowns to give the Bucs their third win of the season. Brady managed to battle back from a 17 point deficit and showed he still has what it takes to dominate this league when needed. Herbert looked damn good in his third career start, throwing for over 300 yards and three touchdowns. Still, Brady managed to defy father time once again.

The Vikings got their first win of the season, beating the Texans on the road in convincing fashion.  Dalvin Cook roasted the Texans’ defense, accumulating 130 yards and two touchdowns. The Texans drove down the field late and appeared to score a touchdown on a fourth-down catch from Wil Fuller; however, after review, it was determined the ball hit the ground, and the Vikings took over and proceeded to run out the clock.  An easy win and cover for the Vikings as they look to right the ship in 2020. Back to the drawing board for the Texans.

The Detroit Lions jumped out to a 14-0 lead, but Drew Brees hurled two touchdown passes in under three minutes during the second quarter, and the rest is pretty much history. The Saints dominated the second portion of the game as the Lions became just the second team in NFL history to lose three of the first four games after leading by 10 points. Despite a false positive COVID test in the Saints’ locker room, New Orleans overcame the last second panic that happened the night before the game. The Saints bounced back in a big way and covered this one easily.

This was one of the stranger, and quicker, games of the weekend. This game went final just as the other two afternoon games were starting the 4th quarter. Neither team could really get going on offense, but the Rams did enough to get by the pitiful Giants. A late touchdown pass from Jared Goff to Cooper Kupp sealed the deal as the Rams earned the easy victory, although they did not dominate as many expected them to. The peak action of the affair came after the game when Jalen Ramsey and Golden Tate exchanged punches near the 50-yard line, likely stemming from the hard tackle Ramsey made earlier in the game.

All good things must come to an end, and the Chicago Bears found that out Sunday. The Colts handed Chicago their first loss of the season and lived up to the hype as the road favorite. Chicago scored a late touchdown, but the Colts recovered the onside kick to lockdown the road dub. Nick Foles was alright in his debut as the Bears’ starter, tossing 249 passing yards, although he could not truly settle into a groove. Philip Rivers was on brand, talking smack throughout the game as he helped push Indy to a 3-1 record. A low scoring game, but the Colts managed to get the job done.

The Raiders stayed in it until the end, but the Bills proved to be too much for Vegas as Buffalo earned their fourth win of the season. The Bills shut down the Raiders’ offense when it mattered most. While the Raiders scored a touchdown late, it was too little too late as the Bills recovered an onside kick to put the game on ice. The Bills have been the subject of skepticism from many NFL fans, but the proved once again that they are a well-rounded team with a budding young quarterback. Buffalo covered easily and kept the good times rolling for Bills Mafia.

This was probably the upset of the day. The Eagles opened up as the +3 road dog, but that number shot all the way up to +8 despite the numerous injuries to the 49ers roster. Not only did the Eagles cover, but they also won outright to take over first place in the NFC Least, I mean, East. Carson Wentz was not spectacular, but good enough to steer the Eagles to their first win of the season. He delivered a clutch touchdown with under seven minutes to play in the fourth quarter, which proved to be the difference-maker. 49ers backup quarterback Nick Mullens was benched in favor of C.J. Beathard late in the fourth quarter. Beathard marched down the field and scored a touchdown to bring the game within a single score; however, they failed to convert the two-point attempt, which meant the 49ers deficit was 5. After stopping the Eagles, the 49ers got the ball back but were unable to score as Beathard hurled a Hail Mary into the end zone as time expired. Neither team played great, but the Eagles did enough to beat the 49ers on Sunday Night Football.

Over or Under? Week 4 NFL picks to consider