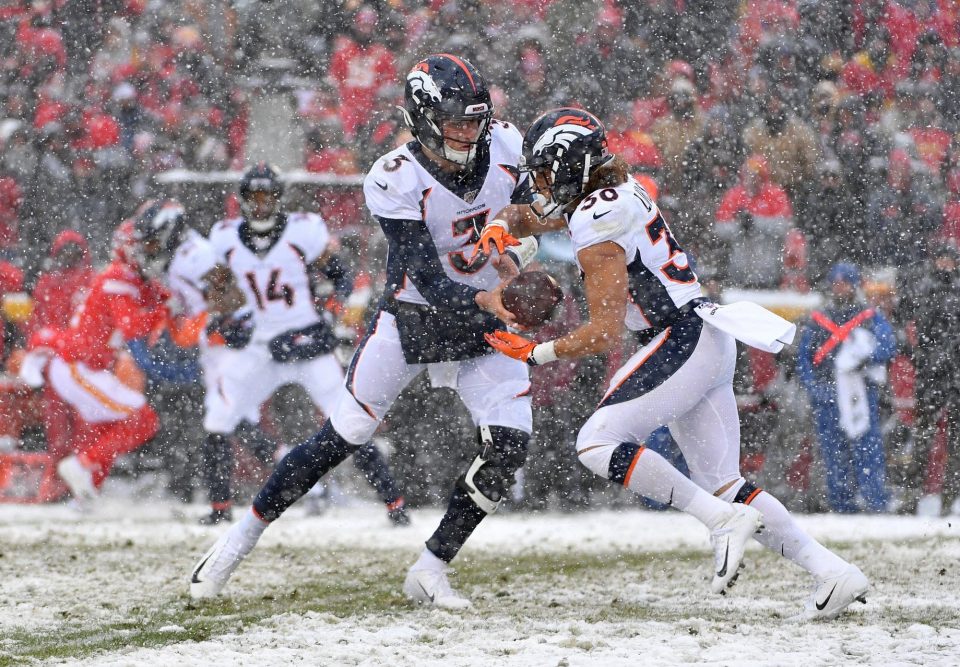 The Football gods have an interesting sense of humor. One might think that after winning 2 straight games you;d earn some favor. Instead Denver has earned a home game against the reigning world champions in what appears to be a cold and possibly snowy division game.

9 straight is more than a streak, it’s a trend. It’s also how many times the Chiefs have beat the Broncos consecutively.

According to our friends at BetRivers as of Friday Night the Broncos are a +7.5 Underdog with a 45 point Over/Under point total.

Keep in mind that this Game opened up with Denver being a +9.5 Underdog with a 49.5 point total.

With the way the line has dropped so far, we can assume that Sharp bettors and the general public thought this spread was a little too high. The impact of weather and a being a division game drove this line based on the amount of wagers attacking the apparent favorable spreads.

Wagers to Consider for Broncos-Chiefs

Look there’s no reason to be a homer when considering the outcome of this matchup. The Chiefs are a superior team in every facet. They are the defending Champions and look to be on a journey that could end with a repeat. Denver is playing it’s best ball under Vic Fangio but they are raw and unproven in too many positions. I expect a competitive game, Denver has high confidence right now and that;ll help keep them in it. Look for KC to pull away late in this one.