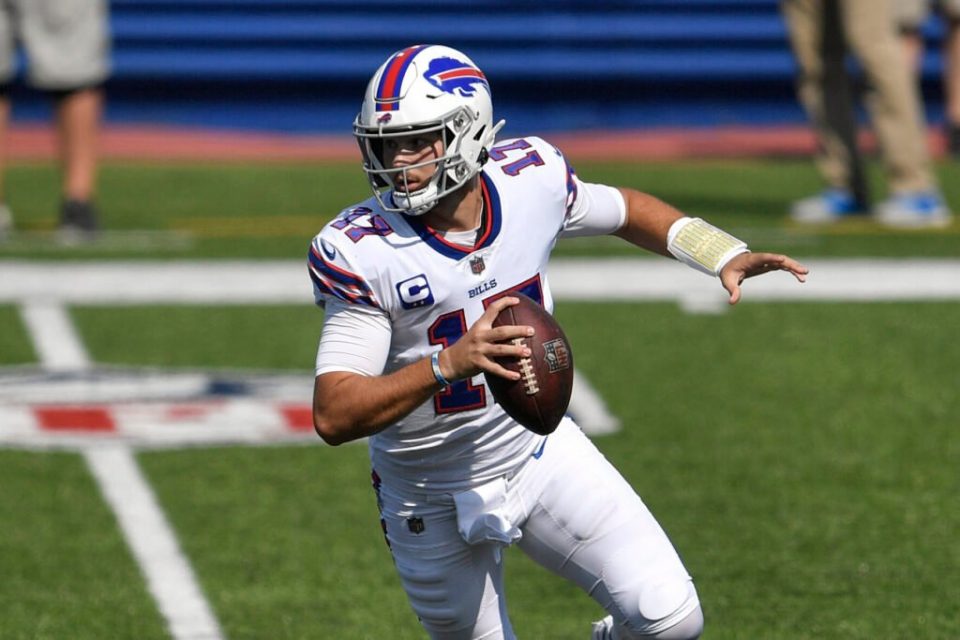 Coming into a strange season that had no pre-season amidst a global pandemic we expected unique trends to occur early on in the NFL season.

According to Fantasylabs through 49 games so far in the NFL Season, game totals have hit the Over 61% of the time (30-19). Overs have won by an average of 4.76 points. Last season the average NFL game total was 45.6 points. Through three weeks the average has been 51 points.

The Bengals are currently 2nd in the league in pass attempts per game; most likely due to a bad game script (behind in most games). The Jaguars are a run-heavy team; with a gunslinger at QB. When two teams that appear to be evenly matched meet up scoring tends to go up.

Both teams have banged up secondary’s and are bleeding points to the pass. Russell Wilson is playing like the league MVP and won’t come back to earth this week. Ryan Fitzpatrick is no stranger to shootouts; Miami has enough weapons to keep up with Seattle in a back and forth contest.

The Bills have been a surprise so far in 2020. Josh Allen looks like he’s taken the next step in his progression. The Raiders are a surprising 2-1. Buffalo is looking like a return to the playoffs is inevitable. Raiders are banged up in the WR core, while Buffalo has been dominant at times in every facet of the game. With no real home-field advantage, this seems like a good spot for Buffalo to cruise to a win.

Both offenses are clicking and have plenty of speedy high octane WRs. These teams seem evenly matched and are offense-oriented. Carolina hasn’t skipped a beat since they lost CMC to injury. Kyler Murray looks to be fully in charge of the Cards playbook. Hitting this Over should be fun to watch.

Before you place that wager use your eyes and use your info. Leave your fandom and heart at home. Go luck in Week 4.