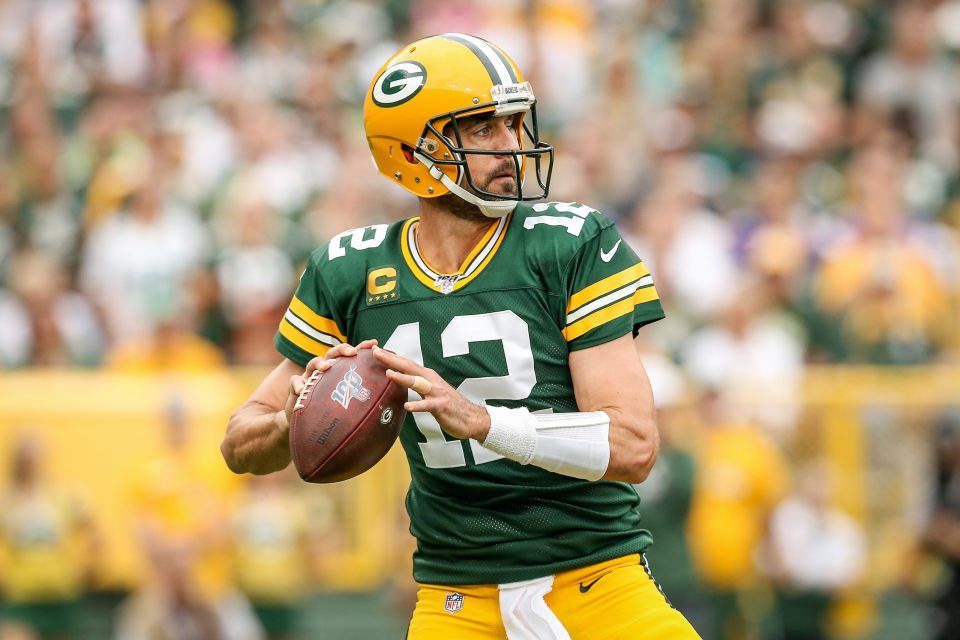 Week 4 of the NFL season concludes tonight with two games set for Monday night. First up, the New England Patriots will battle the Kansas City Chiefs, followed by a matchup between the Green Bay Packers and Atlanta Falcons.

Denver Sports Betting is here to preview both games from a betting perspective.

Now let’s take a look at the action.

New England and Kansas City were supposed to play on Sunday, but each team had at least one player test positive for COVID-19, which forced the league to push the game back to Monday night. Cam Newton will not play Monday as he was placed on the COVID-19/reserve list, although it has not been confirmed if he himself tested positive for the virus, or if he was merely exposed to someone with it.

Since the incident occurred, all other players and coaches have tested negative, so the game will go down Monday night, starting at 5:05 p.m. MST.

Brian Hoyer is expected to start in place of Newton, which has shifted the odds for this game considerably. New England opened as +10.5 point underdogs, but that number has since spiked to +12.5, given the circumstances. 72% of public money is coming in on the Chiefs against the spread.

Hoyer is 0-2 against the Cheifs in his career, with both starts coming during his time with the Houston Texans. He has also lost his last 10 games as a starting quarterback, although he did manage to post a winning record as the Cleveland Browns starter between 2013-2014.

The point total opened at 50 and has dropped to 48.5, with 56% of public action funneling towards the over.

Feeling frisky? The Pats are +450 on the Moneyline, meaning a $10 would net a $55 payout if New England pulls off the upset.

The “Bad Man” Aaron Rodgers will look to stay hot tonight against the wretched Falcons. Atlanta has blown double-digit leads in back-to-back games, and the franchise has continued upon their downward spiral since losing to the Pats in epic fashion in Super Bowl LI.

Atlanta opened as the +5 betting underdogs, but are now +6 as we inch closer to game time. The public is riding with the Pakcers against the spread, with over 70% of public money coming in on Green Bay. The point total opened at 57.5 and has dropped a point to 56.5. with 73% of public money on the over.

The Packers have looked sharp out of the gate this season, earning two divisional wins, which they followed up with a hard-fought victory versus the New Orleans Saints in Week 3. Rodgers is making a case to be NFL MVP with nearly 1000 passing yards, nine touchdowns, no interceptions and a 121.1 passer rating through three games.

The Falcons’ defense has been one of the worst units in the league, allowing an average of 463.3 yards and 36 points per game through the first portion of the season. Matt Ryan should be able to keep the Falcons in the game, but any time you find yourself in a shootout with Rodgers, bad things tend to happen. This game can get ugly fast if Atlanta is unable to buckle down on defense.