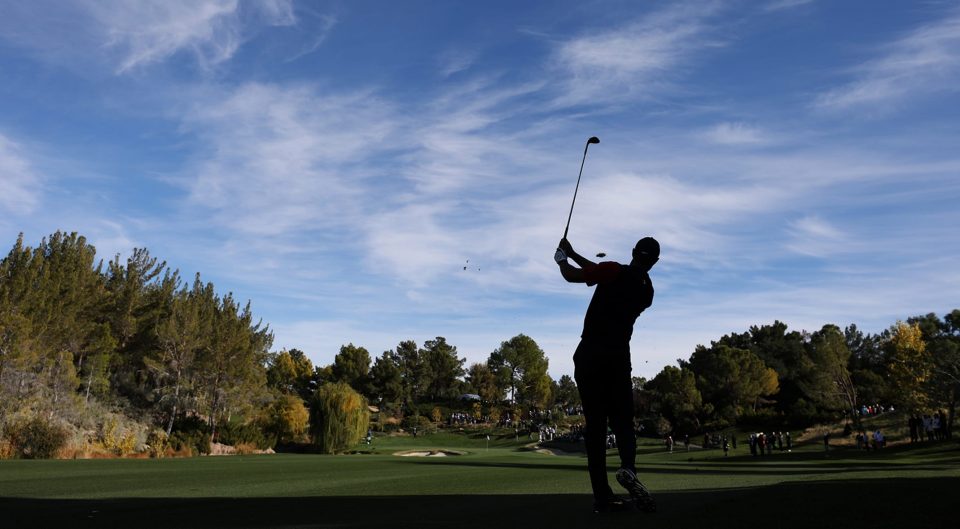 We have a back-to-back in Sin City; however, do not expect much of the same from last week. This course is a new stop on tour, so data is going to be limited. Expect a much different look on TV as the lush rough and fairways do not look like they belong in the desert. Keep in mind this is a no cut event.

Shadow Creek is a public MGM property in which most of these golfers have never played a competitive event. The only recent view that we have seen from this course is from “The Match V.1,” where Tiger and Phil teed it up for a head-to-head bout. The players will be teeing it up from 7500 yards playing at a par 72.

Even though the distance is intimidating, the altitude and arid desert climate should make this a very scorable week for these pros. The par 3’s vary in difficulty, but the 13th (257 yards) and the 17th (154 yards) seem to be a place where a move can be made, keep an eye on these holes Sunday.

The 5,3,5 finish will be intriguing as this is one of very few courses ending in that fashion, and it is sure to make the finish one to look forward to with birdies, and perhaps eagles, flying.

Ancer (+3300) is currently ranked 25th in the world golf ranking. Looking at his strokes gained in 2020, he is consistently solid, making the top 50 in every category except “Shots Gained around the green.” Multiple top 10 finishes in the 2020 season and a most recent 4th place finish last week here in Vegas shows he is in good form and getting it down in a multitude of stats.

Todd (+4500) is currently ranked 40th in the world golf ranking and has been climbing all year. He has proven himself to be a worthy competitor here at the highest level. What is hard to believe is he has been doing it with smoke and mirrors. He is only ranked in the top 60 in one strokes gained category for 2020, and that is putting (20th). That being said, I’ll take the guy performing all around the course and not just with the putter. Give me Abraham Ancer.

Harman (+6600) is currently ranked 106th in the world golf rankings and has really been hitting the ball well to finish off the 2020 season. His strokes gained statistics from last year prove that he has been getting it done in all facets of the game, ranking in the top 50 in 4 of the major 6 categories. His best being shots gained total where he was 20th.

Poulter (+7000) is a name from the past that will not go away. He has stood the test of time, and although he is not the longest player on tour, he can keep it in play, and when the putter gets going, the man can be unstoppable. He is still ranked 58th in the world golf rankings, thanks in part to him playing well in a few big spots. Looking at 2020, his Strokes gained statistics he was 6th in Strokes Gained Putting while a dismal 156th in Strokes gained off the Tee. I like the ball striker in a no cut event.