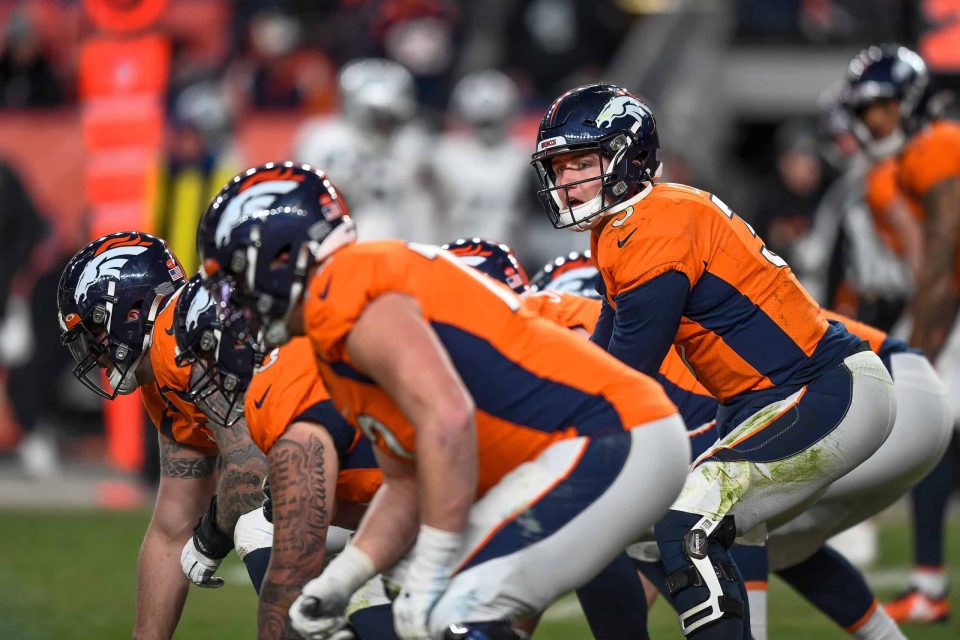 It seems like it’s been an eternity since the Denver Broncos last played a football game. It’s been so long in fact, that the Broncos will have Drew Lock and Phillip Lindsay running the show on offense when they travel to New England to battle the Patriots.

This will be the first time the Broncos will face the new-look Patriots since Tom Brady departed for Tampa Bay. Denver last played on October 1st when they routed the New York Jets 37-28.

This game was originally supposed to be played last week, but numerous issues with COVID-19 surrounding the Patriots forced the NFL to bump the game back a week.

Broncos players were especially annoyed because they felt like they were losing out on their bye week, and the time off allowed the Patriots to get healthy.

New England was forced to play without quarterback Cam Newton during their Week 4 game against the Kansas City Chiefs due to a positive COVID-19 test. Following the game, cornerback Stephon Gilmore also tested positive for COVID-19.

Had the Broncos and Patriots clashed in Week 5, Newton and Gilmore would have both likely been out; however, both players are now on track to play Sunday, given the extra time.

Sports wagering is 100% legal in Colorado, and it’s time for sports fans to get in on the action! With that, we want to ensure Colorado bettors are educated before laying their money on the line, so be sure to check out DenverSportsBetting.com for daily news, trends and analysis of sports from a betting perspective by Colorado’s only local sports betting centric media outlet.

The Broncos opened as +9 road underdogs, but the number has shifted to Denver +8. As of this writing, 70% of public action is coming in on the Patriots against the spread. While the public is riding heavy with New England ATS, there is some value with the Broncos on the Moneyline at +325.

The Patriots are clearly the better team as the Broncos are still working to define their identity under head coach Vic Fangio. Something lacking from Fangio’s resume as head coach is a signature win, and an upset in Foxborough would certainly check that box.

Bill Belichick is a mastermind, and he does an excellent job of taking away an opponent’s strength. Expect New England to limit the Denver rushing game, especially with Melvin Gordon staying behind in Colorado due to an illness. The Patriots will try and force Lock to beat them, which will not be easy given this is his first game back from a shoulder injury.

On the flip side, Newton could be a bit rusty, being this is his first game in over two weeks. Denver’s defense has been middle-of-the-pack this season despite numerous injuries to key players at critical positions. The Broncos are allowing an average of 365 yards and 24.5 points per game.

Despite a lack of talent in some areas, the Broncos always play hard and as a result have covered in all but one game this season. That said, the Broncos have failed to cover the spread in their last five meetings with New England.

Getting Lock back is sure to provide Denver with some stability and confidence on the road. The one game Denver failed to cover was against the Tampa Bay Buccaneers, which was a contest where Denver was forced to play with two different backup quarterbacks. The Broncos’ offense was not necessarily sharp when Lock was healthy, but his presence alone should help keep Denver within a score or two.

Beating New England is no easy task, but this is not the Patriots team of old. With that, New England has some clear advantages on the field, but the Broncos are a scrappy team capable of hanging around with some of the leagues best, as we saw during their games against the Tennesse Titans and Pittsburgh Steelers earlier this season.

The point total is set at 45, which is one of the lowest on the board for Week 6. To get a better feel for how to play the total, let’s see what our friend Ben Cary from CapWize.com thinks:

With Drew Lock being back in the lineup for this one, I expect a few drives (maybe even over a quarter) to get Lock back up to speed and in rhythm. The same could also be said about Cam Newton, who missed last game with Covid, though I do expect him to get back into the swing of things quicker than Lock.

With Fant out and Lindsey back, expect the Broncos to rely on the run game early. This will keep the clock ticking, and the Pat’s run defense has looked decent, allowing under 4 yards a rush last game to the high powered offense of the Chiefs in their last game. Also, the Broncos have looked good on defense, ranking in the top 10 in yards per play at 5.2 YPP.

With the first-half total at 22.5, I like the under here. The full game under at 44.5  is also an option here, but considering what I mentioned with Lock, go with the first half under.