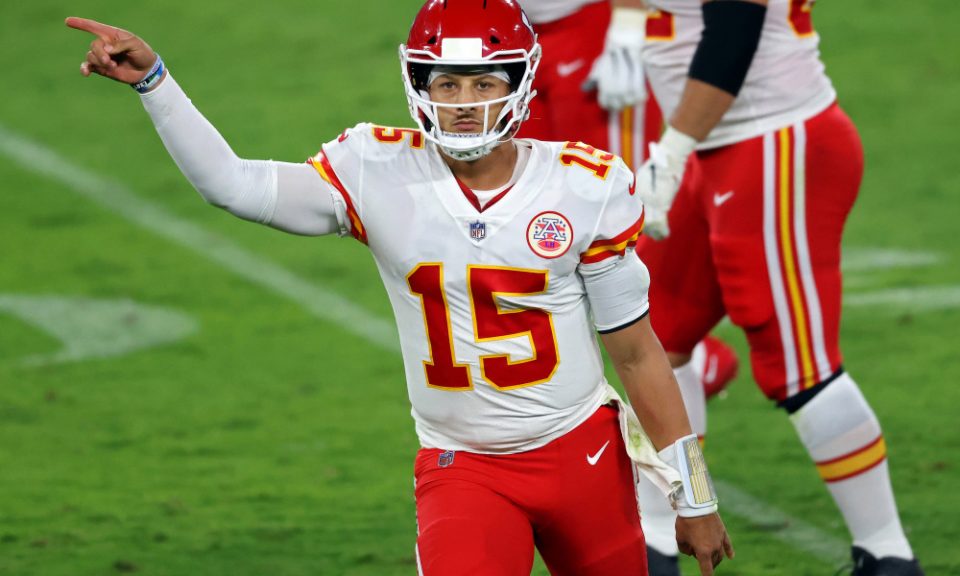 Week 4 of the NFL season is officially in the books.

The Kansas City Chiefs earned a comfortable victory over the New England Patriots, and the Green Bay Packers throttled the Atlanta Falcons on Monday night. We can now look ahead to Week 5, but let’s take a look at what went down on the field Monday before turning the page.

This was a frustrating game if you are a Pats fan. Despite all of the adversity the team faced leading up to the game due to COVID-19, they put themselves in a position to win the ballgame, but poor quarterback play failed them in the end. There was an expectation that Kansas City would blow New England out of the water; however, Bill Belichick drew up a strong gameplan that kept the Patriots in the game despite Cam Newton not playing. New England won the time of possession battle and limited what Patrick Mahomes could do on offense. Still, backup quarterback Brian Hoyer was unable to get the job done after botching numerous trips to the red zone and was eventually benched in favor of Jarrett Stidham.

The Patriots were down just three points early in the 4th quarter, but Kansas City turned on the jets, scoring two touchdowns in the span of nine seconds. The first came from a jet-action run in the red zone, which was then followed up by a pick 6 from Tyrann Mathieu to put the game to bed. While the Chiefs offense was limited, Mahomes did throw two touchdown passes, and the defense stepped up to lock things down. This was an easy win for Kansas City considering the circumstances; however, it would be fascinating if these two teams met once against this season with Newton playing QB for New England. While Kansas City did cover the spread, the under hit, which helped out sportsbooks everywhere as 62% of public money was on the over 48.5.

The Atlanta Falcons woes continued versus the Green Bay Packers, except this time, they never led in the game. Green Bay jumped out to a 7-0 lead in the first quarter and never looked back. While the Falcons cut the Packers’ lead to four points midway through the second quarter, Rodgers answered by delivering 13 unanswered points to provide the Packers with a comfortable 20-3 lead entering half time. A touchdown from Todd Gurley trimmed the deficit to 11 in the third quarter, but Rodgers proceeded to drive down the field and score six on the ensuing driving in typical Rodgers fashion. Although the Flacons did score another touchdown in the fourth quarter, this game was never really a sweat. The Packers were the better team through and through and covered easily. The interesting play of the night was that the total went under 56.5. The over had been 5-1 in the last six meetings between the teams prior to Monday night.